Took me just over a month to get these resin field fortifications from UK based Paul’s Models finished, which is pretty speedy for me.  I now have a massive redoubt and several feet of fortifications.

More than enough to cover almost the length of a 6’ table! 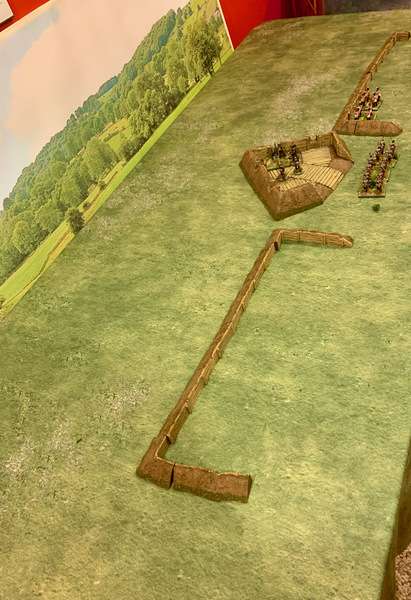 Painting strategy was simply: black undercoat, craft store Folkart umbre brown on everything, then a drybrush of the same brown mixed with Yellow Ochre.  The boards were a mix of yellow ochre and white lightly dry brushed over the black undercoat, and them treated with Army Painter Soft Tone.  I didn’t want the boards to be grey, as they are supposed to be newly cut for the battle I have in mind, Seve Pines. 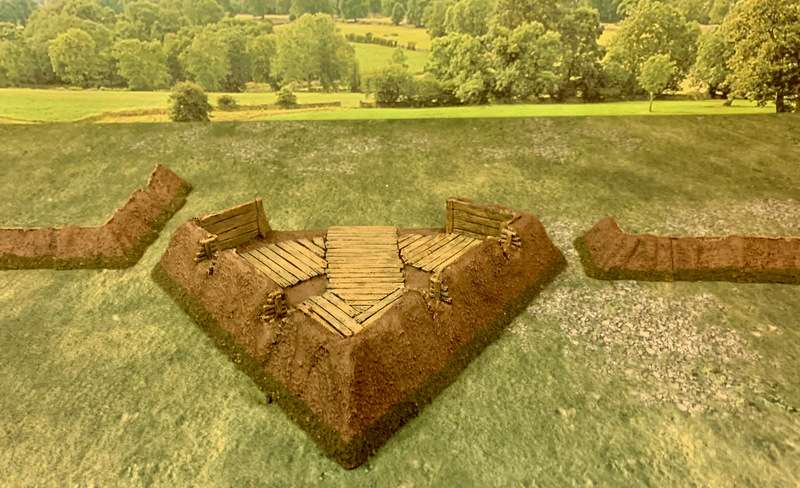 Temporarily occupied by a Royal Artillery Whitworth and a mix of Canadian and British troops, who must have read the last blog post here!  These fortifications work well with 28mm figures and could represent any field defences or siege works from the Thirty Years and English Civil Wars up to the early rifle age. 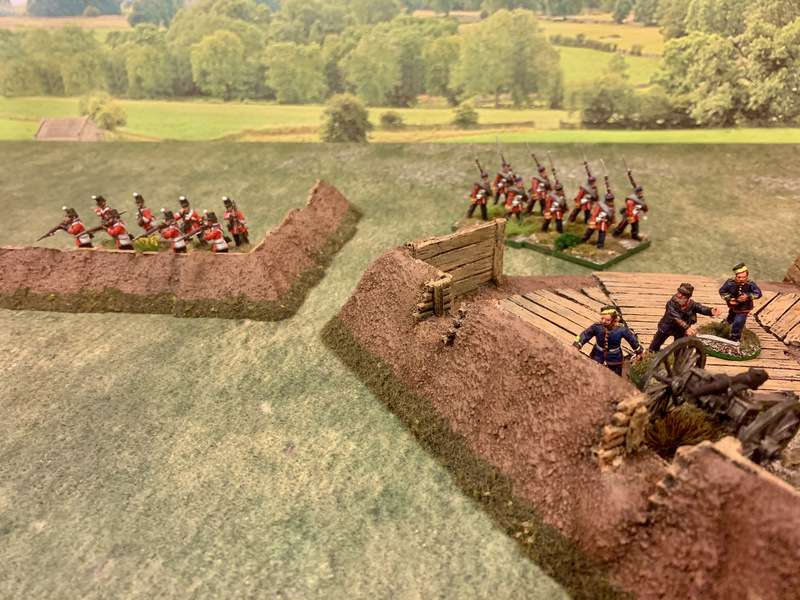 Good luck to whoever has to take these defences! 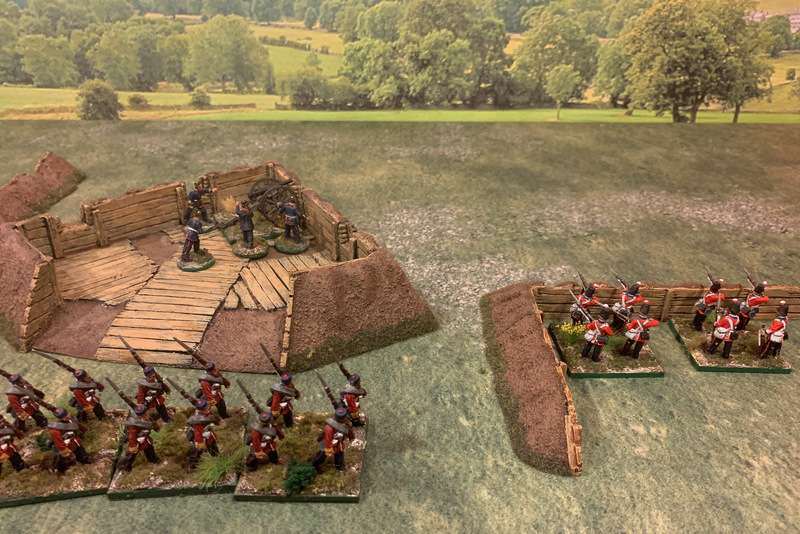 Thanks for looking.  Cheers and blessings to your brushes!