We played the game collectively, working together to decide the best use of the dice.  However, the game comes with a sand timer that gives each player only 30 seconds to adjust their dice and plot their move before making it.  That would be fun, I suppose.  We got through the game without making zoom zoom noises.
I know there are other car boardgames out there, such as GMT’s Thunder Alley.   I am a little meh about race cars, and get enough driving on my commute to work each day, but es war amusing, ich dense.  If it was more of a Europgame, each driver would have had to collect sets of tires, motor oils and carparts and sponsorships in order to develop their garages. It would also have been better if the cars each mounted a machine gun.
Blessings to your driving!
MP+
Posted by Mad Padre at 6:46 PM 9 comments:

Why My Big Brother Is Still My Hero

That’s my big brother, the Mad Colonel, in the green shirt, looking like he’s not really enjoying the fact that he’s riding in an EFFING T34/85 TANK, FOR GOD’S SAKES!

My brother volunteers at the Canadian War Museum in Ottawa, and took part in their Tank Weekend last weekend, which I sadly missed.  As you can well understand, I am sure, he is still my hero.

Can I Afford My Dream Army?

The latest edition of Foreign Affairs magazine is currently in my Professional Development reading queue, meaning that it is on my desk, rapidly getting buried under other work.   I thought the cover illustration was quite clever.  All of us, I am sure, have done the same thing in hobby stores, whether real or virtual.

The first article in this issue notes that the US spends three times as much on defense as its nearest competitor (China) and amounts for one third of global expenditures.   Fortunately the same drive to outspend our hobby opponents doesn't apply to us - does it? 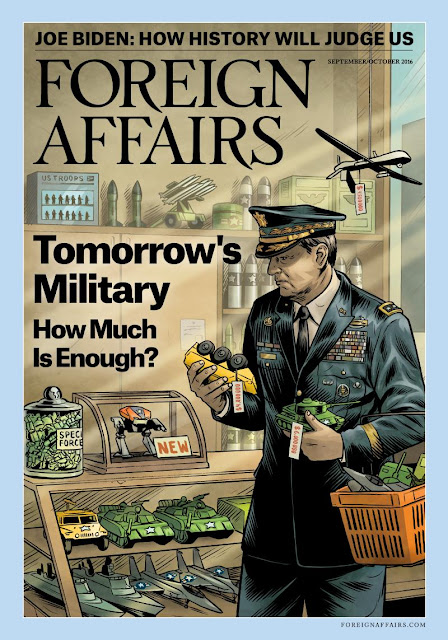 We're Back ..With A Small Trove of ACW Boardgames

Hello and welcome back to this sadly neglected blog, which I am tempted to rename Dragon Dormant.  Since I returned from La Belle Province de Poutine, all has been well, but busy.  Madame Padre celebrated her third post-chemotherapy bloodtest with very good results, and has decided to celebrate with a new bicycle and a more active lifestyle, so bravo to her.

There has been a little painting and a little gaming, so some updates coming.  One of the most exciting things to happen lately was this small pile of out of print American Civil War (with one Mexican War title thrown in) cardboard counter type boardgames that came my way.   A friend at the local club was helping to sell off the collection of a gamer friend who had passed away.  I am sorry I didn’t know this fellow, as I think we would have gotten along well.

Three of these titles are from the GMT Games series, Richard Berg’s Great Battles of the American Civil War.  Red Badge of Courage covers First and Second Bull Run, Three Days of Gettysburg was GMT”s answer to Terrible Swift Sword, and Gringo used the GBACW system to treat some Mexican War battles.   I am very fond of the GBACW system, it lives at that Grand Tactical sweet spot for me.   The two titles on the left came from late in Avalon Hill’s existence, from their Great Campaigns of the ACW series, designed by Joe Balkoski, and offer a more operational/strategic scale of treatment.    Finally, at the right is a Clash of Arms game on the Seven Days - I haven’t yet opened the box so know nothing about it.

Below is the seventh game, Lee Vs Grant, another Balkoski GCAWC design, on one of my favourite campaigns, the 1864 Wilderness campaign.   It is currently set up in a quiet corner of the chaplain school library at work, and I am slowly figuring it out on my lunch breaks.

I know that these games will cut into my painting time, but it can’t be helped, hex and counter games have a large claim on my heart.  If you have played any of these titles, please let me know what you thought of them - your comments may influence which one I take on first.

Finally, because it’s too amazing to pass up without comment, here’s a What If article imagining WW2 German and Japanese battleships at war, because …. battleships.