Just finishing a lovely month in sunny Australia and starting to digitally dust off some of the photos I took while down here.   Expect more in the not so distant future, once I get back to snowy Canada.

While in Canberra (I was fortunate to be sent on a fact-finding trip to the Australian Defence Force Chaplain College), I had the good fortune to meet up with Alan Saunders, aka Kaptain Kobold, proprietor of the quirky The Stronghold Rebuilt blog (Alan is also on Twitter - @KaptainKobold).  Besides being one of my wargaming heroes, Alan endeared himself to me with his fearless Frocktober campaign to raise money for research into ovarian cancer, which claimed Madame Padre.

My partner Joy and I (left) met up with Alan and his wife Catherine (right)at the National Museum in Canberra, to see an exhibit on Ancient Rome. 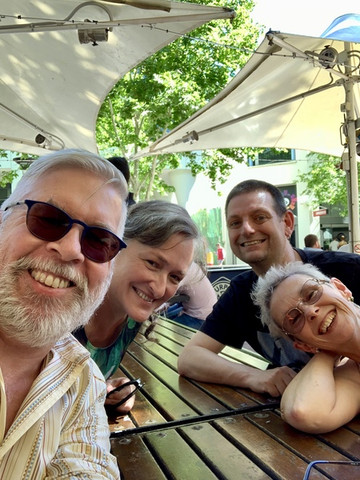 Alan and Catherine were great company, and as transplanted English (no they didn't come over as convicts) who have lived in Australia for some years, it was interesting to compare our impressions of the place against their experience.  We found them engaging company and I wished we could have found time to game together.  Hopefully one day.

The Rome exhibit was a curated selection of holdings from the British Museum.  I suppose my favourite piece was this stone burial vessel, which depicts scenes from an imagined and happy afterlife, rather like what a religion created by Too Fat Lardies might depict. 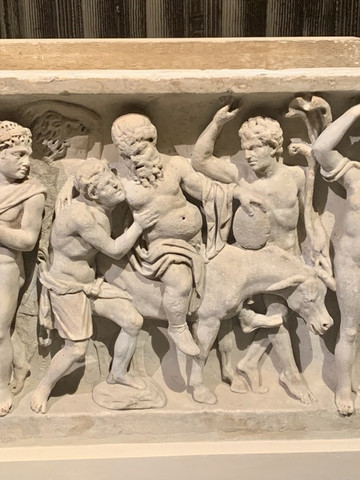 Finally, the obligatory Rome Gift Shop (TM) astonished me with a vast collection of Playmobil figures, including Roman legionaries, ballistae, and a giant trireme! 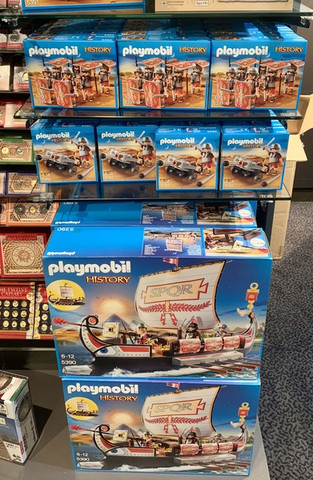 Behold the glory of the fully assembled Playmobil Trireme. 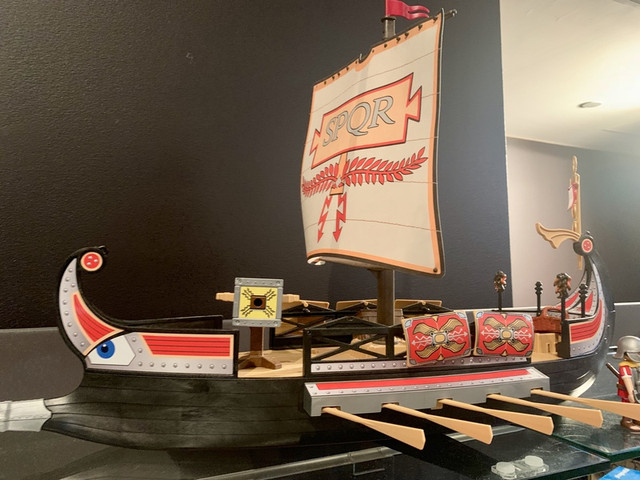 I realize that Playmobil gets a bad rap from some quarters - it's not as exciting as Lego, many playsets have the same boring bourgeois European vibe that you get from a house full of Ikea furniture, etc.  However, there is a whole world of Playmobil historical sets, including ancient Egyptians, and some interesting Viking/Dragon crossovers.

It all has possibilities, especially as my partner Joy has three lovely grandchildren who are still quite young but could be gently introduced to wargaming via Playmobil.   I had better start collecting sets now, so we could do this when they get older:

Blessings from Down Under!
MP+
Posted by Mad Padre at 2:52 AM 10 comments: