I’m happy to have finished another batch of figures for my alt-ACW project, all from the Perry 1860s British Intervention Force range.

Command figures from set BIF 44, which are modelled on figures of the period such as Garnet Wolseley.  They’re painted using the Foundry tri-tone paint system, which I may slowly become a fan of.  The blue of the uniforms came out quite glossy, but the dullcote finish toned it down nicely.

“I say, chaps, it says here that we lost the Euro Cup to Italy!  Damn bad news, what?" 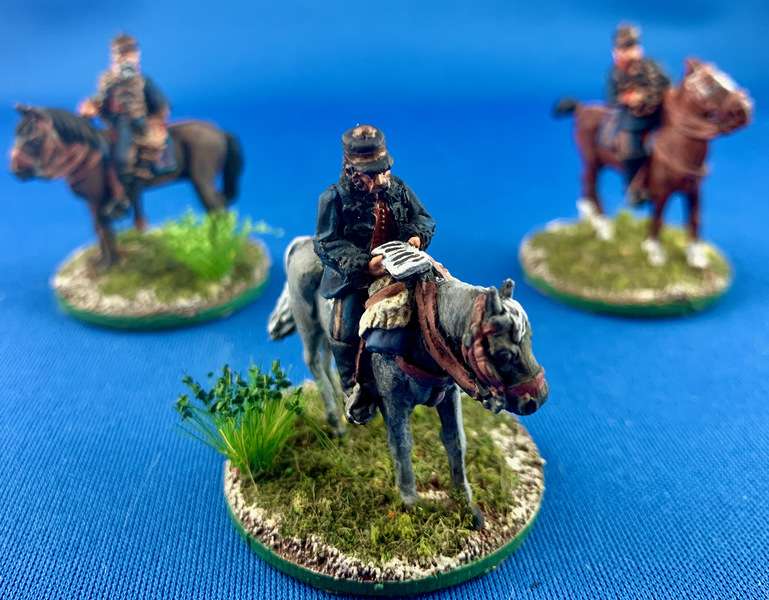 Bossy foot types.  Chap sitting on the stump is writing “Dearest mother, Canada is full of swamps and mosquitos.  Any chance Uncle Bertie can get me back to Horse Guards?" 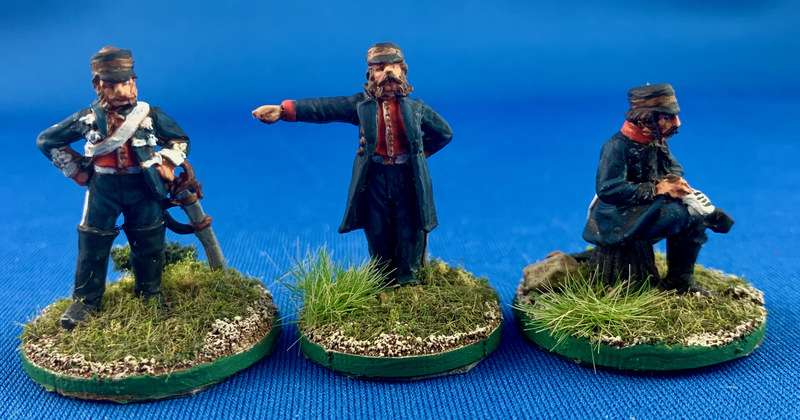 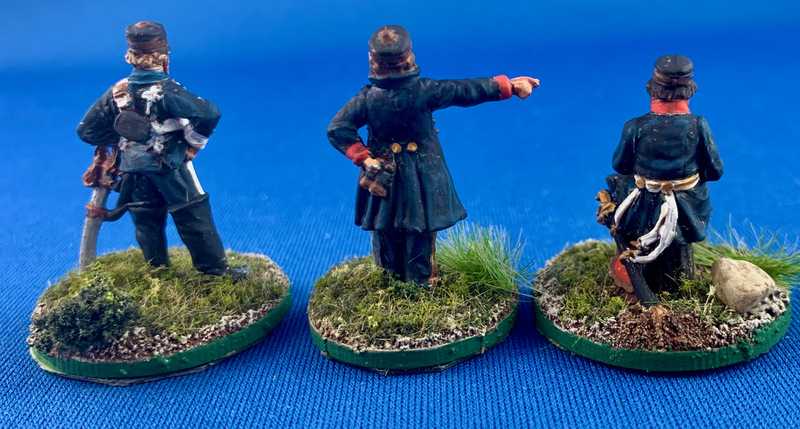 Command stand for a second unit of Canadian militia.   The flags are from Adolfo Ramos from his Crimean War range.  The battle honours might seem a bit spurious for a Canadian unit, but I can always say that this is a militia battalion affiliated with a famous British regiment and therefore entitled to carry its colours.  Or something to that effect.  At any rate, Adolfo’s flags are brilliant. 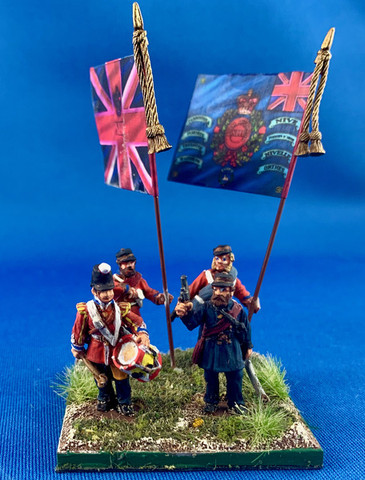 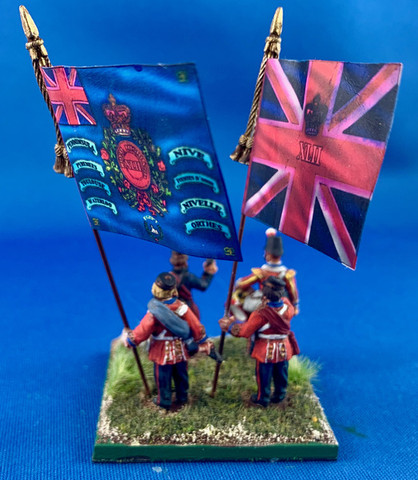 Finally, the Royal Artillery expand their presence in Upper Canada with a second Armstrong Whitworth gun and crew.   I think this uniform is incredibly smart, though the pillbox cap doesn’t look very useful for keeping the sun or rain off one’s hand, or for staying in place while operating a cannon.  Fun fact, Royal Military College of Canada cadets still wear this type of headdress as part of their ceremonial uniform. 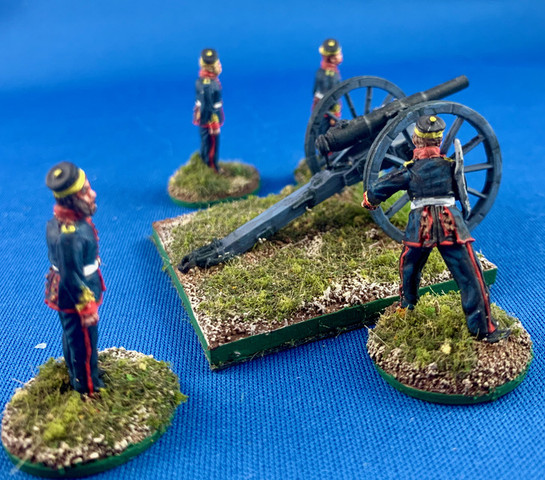 The barrel looks a bit odd elevated off the carriage but I can’t figure out any other way to assemble it. 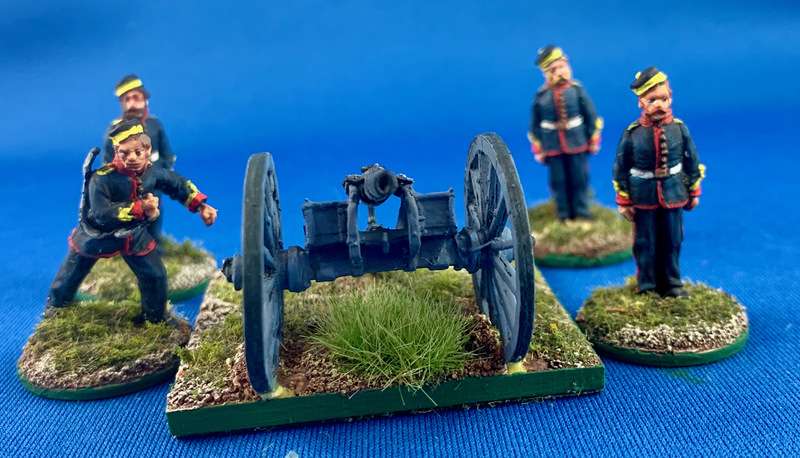 Hopefully I’ll get these chaps into action soon.   Thanks for looking and blessings to your brushes!