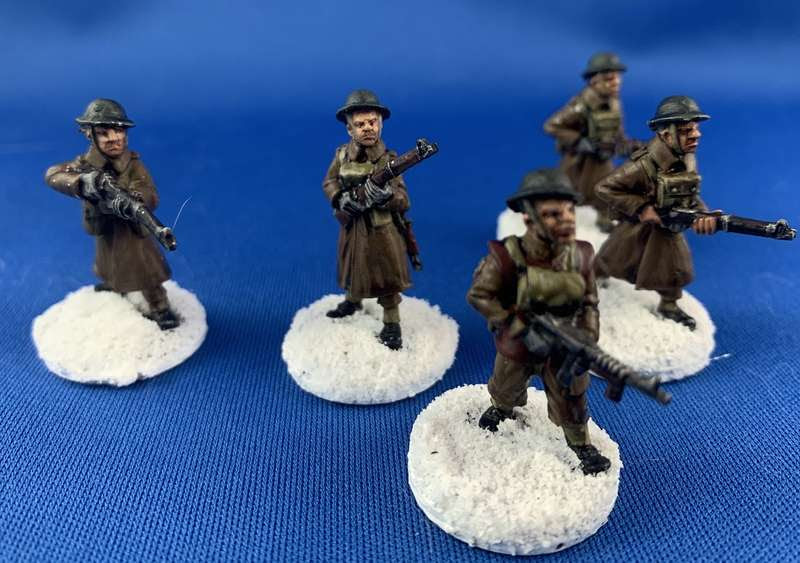 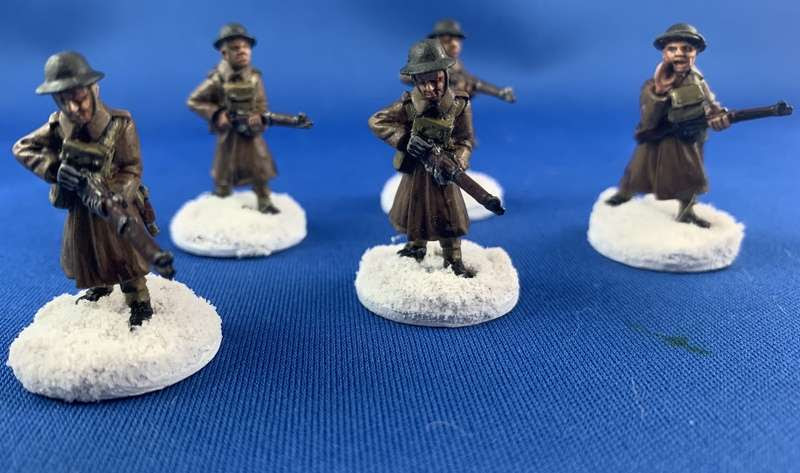 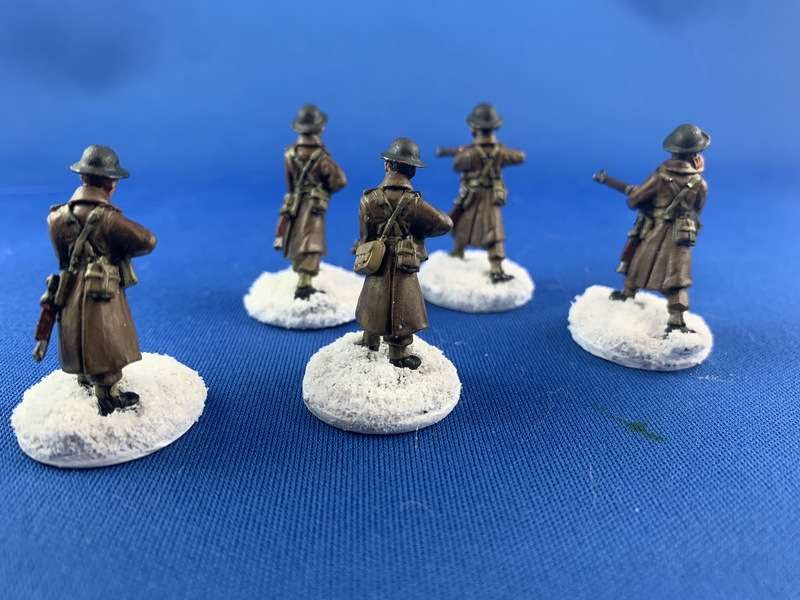 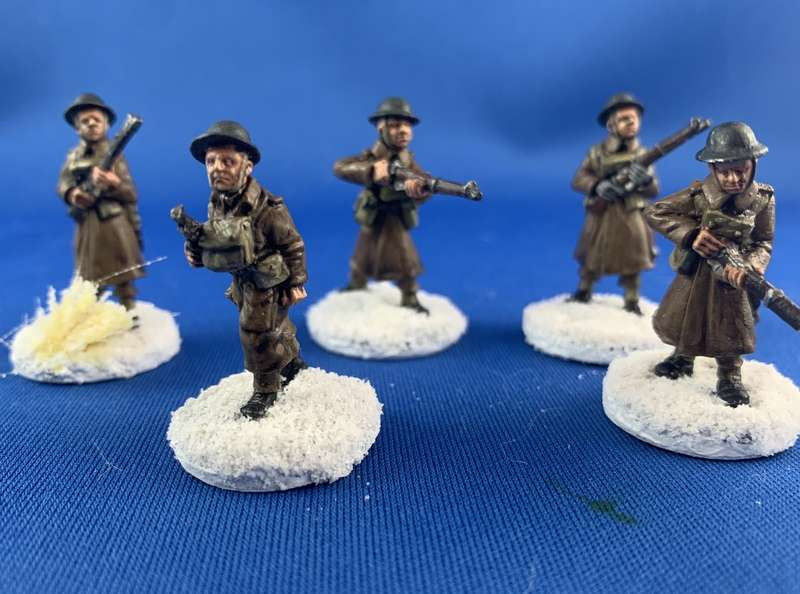 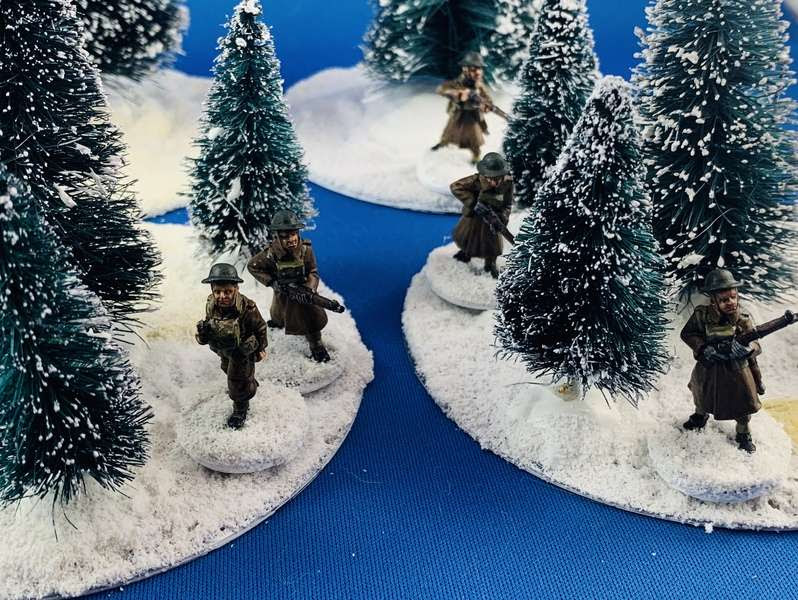 A Dangerous Duo for The Rockies Ablaze

My pulp project set in Western Canada in the 1930s needs some baddies, and I found the perfect pair in two of Bob Murch's Pulp Figures sculpts, from his "Mad Trappers of Rat River" set from the Yukon Peril range.

On the left, Phil Turcotte was never the same when he got home from Passchendaele, and doesn't say much except "Get off my land!"    On the right, Sven "The Hatchet" Olsen shows up in the trading post once every three months with a sack of furs and a baleful stare.  According to local legend, he once killed a man in Pincher Creek for suggesting he needed a bath and a haircut. 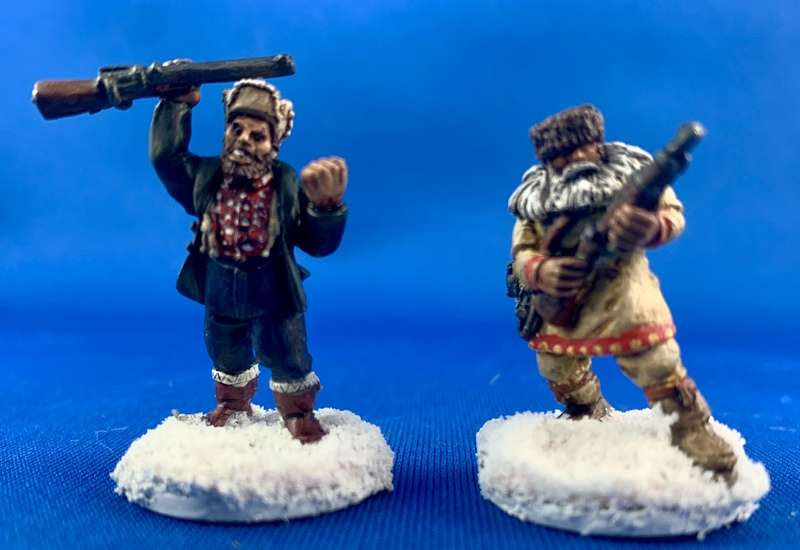 As always with Bob's figures, these were a delight to paint.  As I see it, besides being ornery, smelly, armed and barking mad, they will have some special abilities, like possibly being able to turn into wolves or bears, which is why the German zeppelin might be looking for specimens.   I am sure there will be wild doings afoot. 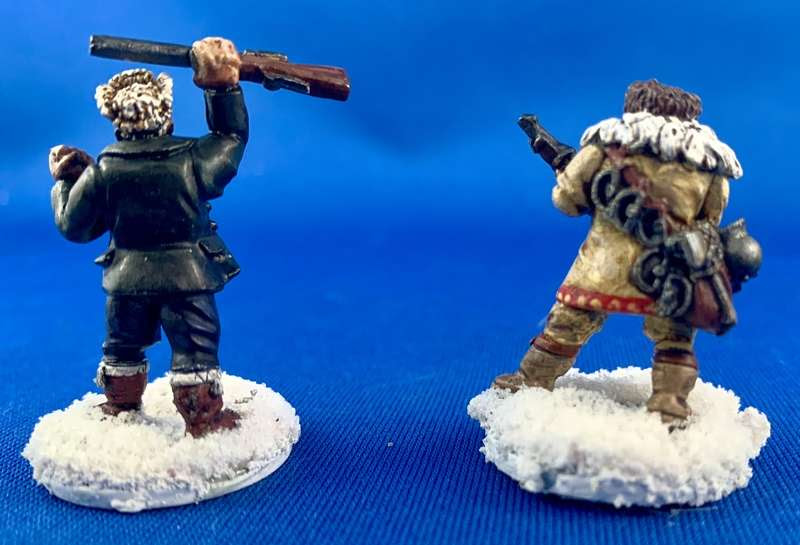 The frozen Canadian north needs as much scenery as a table will hold, so here are four terrain stands made of Christmas village trees on old CDRs (remember them?). 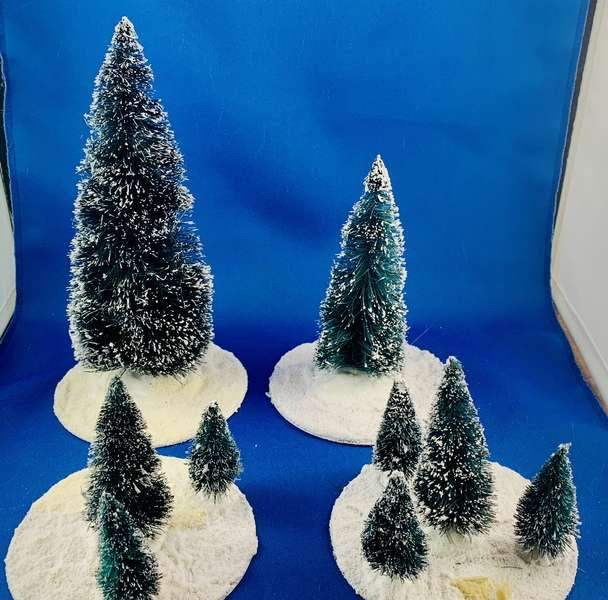 I discovered this white texture gel at a local art supply shop, which being white, takes paint and Woodlands Scenics snow quite well, for a pleasing final effect. 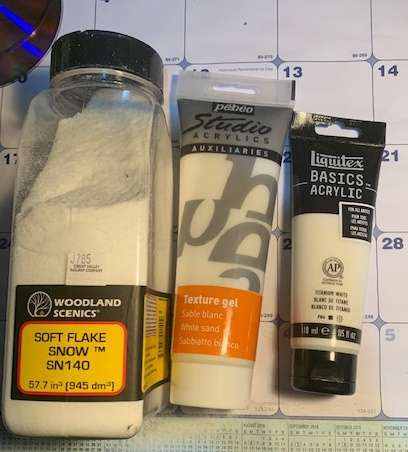 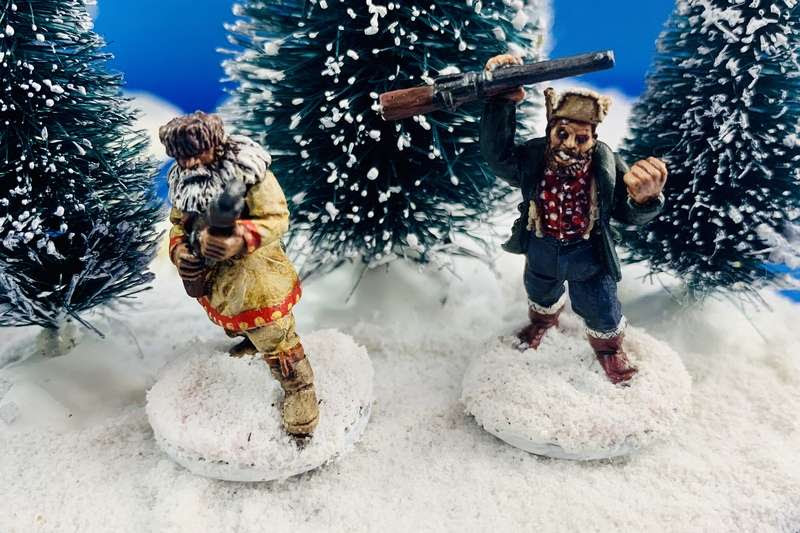 Fortunately there are some good guys to show off soon.  Thanks for looking.  Blessings to your brushes and stay vigilant, chaps.
Posted by Mad Padre at 12:47 PM 15 comments: 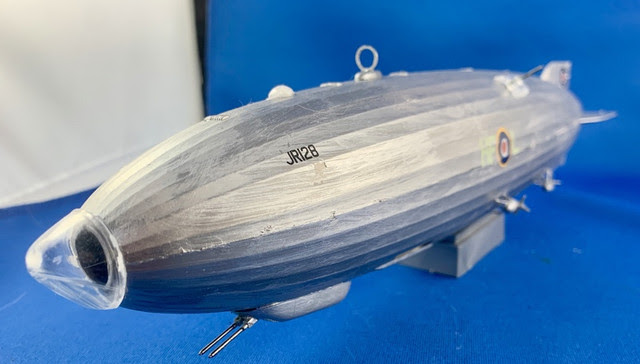 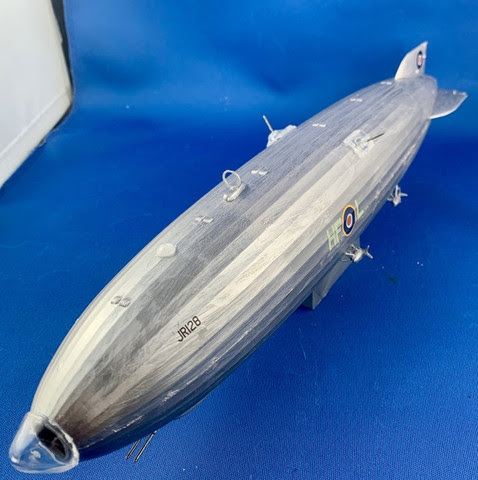 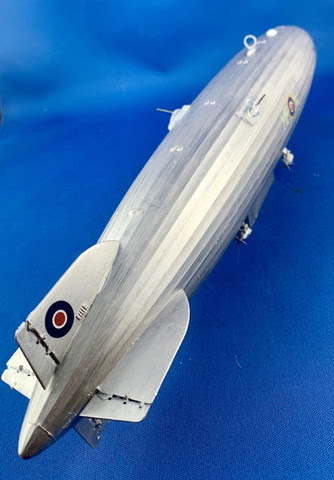 A few things cooking at the Mad Padre’s Painting Chapel, but in the games room I am still noodling away at the Reisswitz Press/Too Fat Lardies ACW rules, Picket’s Charge.   As I get to know the mechanics better, I realize that there is much I like.

Formation integrity is really important, and that feels right.   Units can be either formed or unformed, and unformed units are less effective at shooting and melee combat.   In this photo below, the lead confederate unit moving through the rocky ground is in skirmish order, so it doesn’t have to worry, but if the column following wants to move through the same ground, it will have to test every turn it moves through that terrain to see if it goes unformed (7 or better on 2d6 to pass for ordinary troops).  it takes a whole turn of movement to recover formed status, so that risk and the ensuing time cost is something to think about when handling troops.

Units can also go unformed as a result of testing from taking fire. 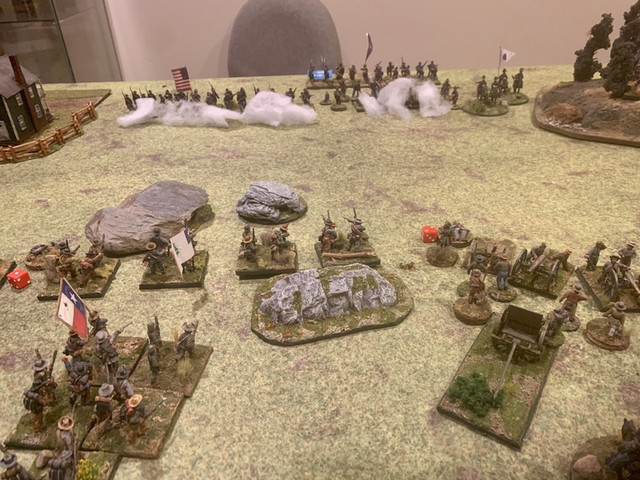 Speaking to taking fire, shortly after this photo was taken, the confederate battery in the lower centre failed a test (called Seeing the Elephant test) after taking fire from the Union battery opposite, and withdrew Whipped, which basically means routing.  The rules didn’t seem to be entirely clear on this but I assumed they meant that a Whipped battery will limber and bug out, as the Whipped/Retire move for a battery is considerable.   Makes sense I suppose.

The fire combat mechanics are clever because there is a potential cost to the firing units as well.   Roll poorly enough when shooting, as I did with the Union regiment top left, and it can lose Fire Discipline, which means that it drops a level in fire quality and needs to spend a turn of movement to sort itself out and recover fire discipline.   Likewise, poor rolls can also result in firing units potentially take fatigue casualties or run short of ammo.   Thus, one has to think carefully about blasting away at long range in the off chance of hitting something. The view from the Union lines, where there is growing apprehension about the Rebel attack building on the right wing.   The CSA skirmishers have now closed to nearly the minimum allowable distance between units engaged in fire combat, 3 inches, and are peppering the Yanks.   Skirmish fire is annoying and while not as effective as volley fire, it can cause damage, as the Union regiment will soon experience.   The red dice beside casualty  figures are keeping track of losses.  In Pickett’s Charge, losses are not removed from the table, but are tacked as the mount up.  Units become less effective at 4 and then at 8 losses, and can dissolve altogether when above 12 losses, so there is a brittleness about a brigade’s ability to sustain combat for a long period of time that seems right, another rule design aspect that I like. 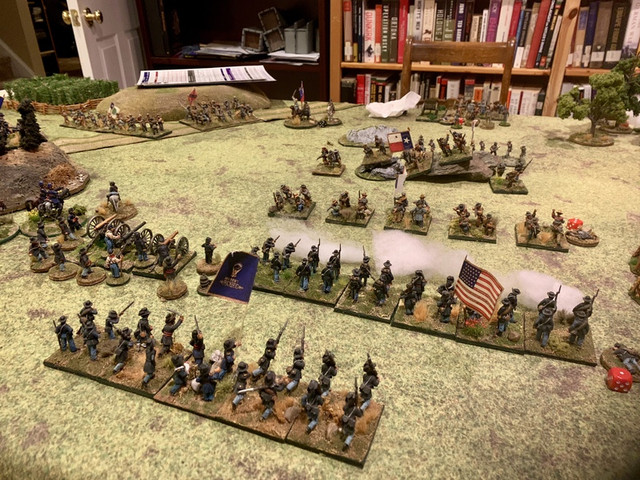 So how to get rid of those annoying skirmishers?  Seemed like a good opportunity to try the Charge mechanics, which, as one would expect of a rules set called Pickett’s Charge, are considerable.    Well, Skirmishers get to Evade a change, automatically if I read the rules correct, so they skedaddled to the rear, passing through the units coming behind them.   I didn’t see anything in the rules about an evade move informing friendly units during the pass through, but I may have missed that.   The Union unit elected to press on the charge, and they contact the CSA line behind the skirmishers, which is Formed because it passed its formation test as it moved through the rocky ground.

The defending unit gets to fire, which, when combined with the casualties the Union regiment took from the skirmishers, brings it up to 6, no good.  Now both sides roll two dice, with a myriad of factors thrown in such as rear support, threatened/charged on flank, casualties taken during the charge, attached general, etc.  The Union rolls very badly, and the charging regiment is Whipped and retires to the very edge of the table, passing through and unforming the supporting Union regiment behind.   The situation is now looking rather dire for the Union. Thoughts so far:  I like these rules though they often leave me with questions as to how the mechanics work.   Fortunately there is a dedicated section of the Too Fat Lardies for support, which is helpful.   I hope to take this battle to completion, a when I have some grasp of the basic mechanics, try it with 2+ brigades a side to really dig into the command and control mechanics which seem to be the heart of the rules.

I’m impressed, and it’s great fun to get out my 28mm ACW collection again.    I may need to paint some more regiments! 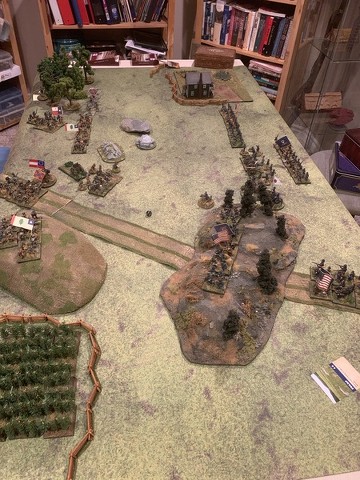 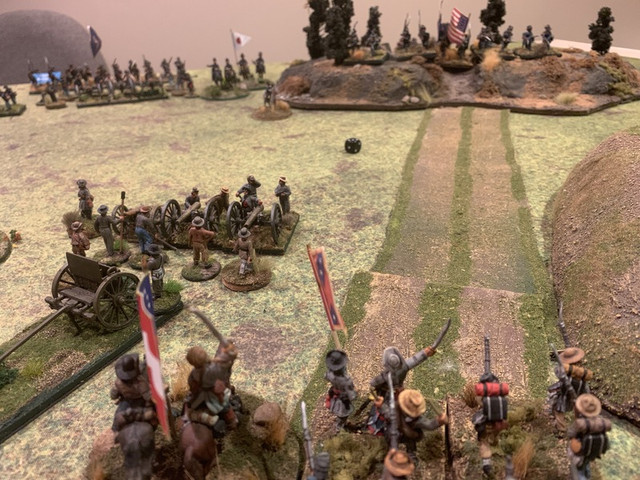 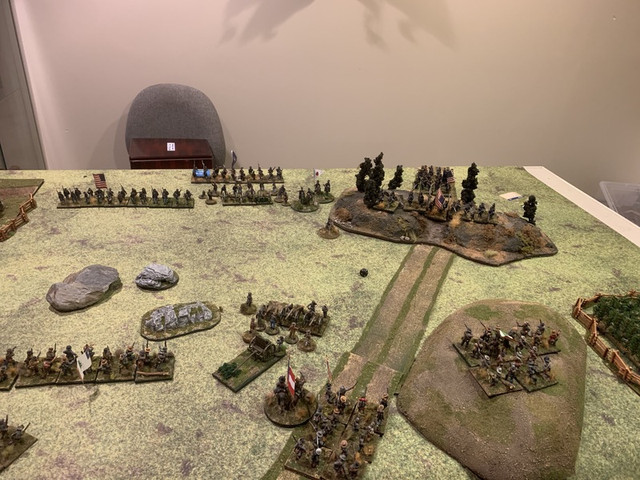 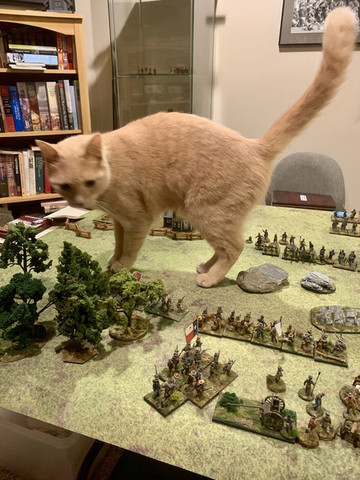 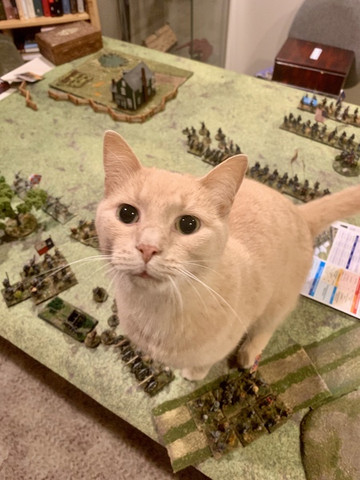