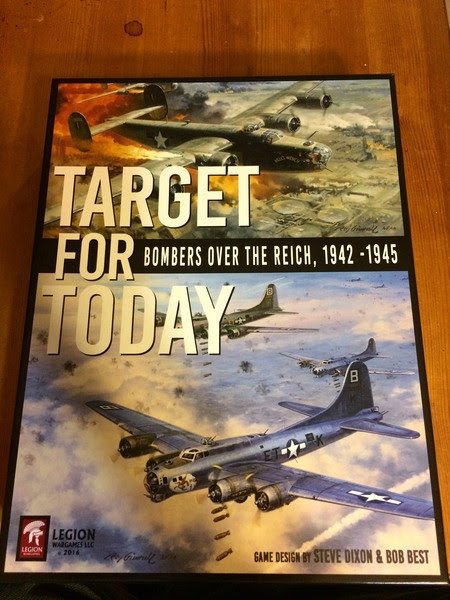 "Zulus, Mr. Rico! Zillions of 'em!" : A Quick Review of Zulus on the Ramparts by Victory Point Games 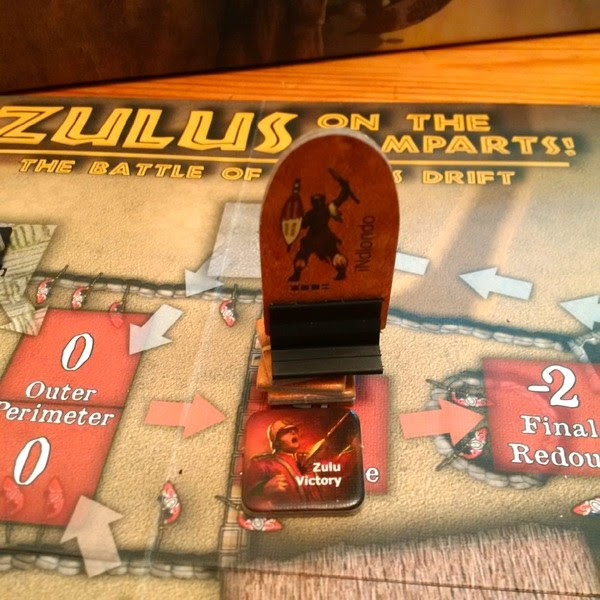 “Men of Harlech, stand you …  AAARRRRGGGGHHHHHH!”

Don’t let this happen to you.

If I’m a little bleary eyed this morning, it’s because I was up past my bedtime playing Zulus on the Ramparts, a solitaire game about the Battle of Rorke’s Drift from Victory Point Games’ States of Siege series, designed by veteran grognard Joe Miranda.  In the few times I had played it already I had gotten a quick and unpleasant result, as the Zulu imps almost effortlessly overran my defences and the rifles fell silent.    This game was a different result.  Miraculously the Zulus held off until the defences were reinforced, giving me time to get all my heroes, Bromhead, Chard, Colour Sgt. Bourne, Hook, Hitch, and Ammunition Smith the Padre among others all on the firing line.  When they came on, we let them have it, and while they got close to our final redoubt, it was Steady Lads Steady and Men of Harlech and we dropped them as they came.   All through the night we held, and then the last impi came on like a black thundercloud,  and we were down to our last cartridges, but we held, by God.  It was a Martini Henry miracle with a bayonet and some guts behind it.

Well, as you can see, I enjoy this simple game.  If you’ve played other VPG solitaire games, like Dawn of the Zeds, you’ll recognize the basic idea.   The bad guys (four Zulus impis of various strengths) each start on their own track and their progress is chit driven.  If any one reaches the centre of the board, you lose.   You can help your cause by building two sets of barricades, if you have time, to buy yourself some more space and time to defend. As the Zulus advance, you are drawing cards which allow you to bring various heroes and personalities into play (like Dick, the Surgeon’s dog) and Pvt. Hook, or any of the various volley cards which allows you to engage the Zulus from various ranges.    Each turn you have to chose an action - do you fire a volley, work on extra barricades, pass out more ammo, or get one of your personalities into the battle to use their various abilities?  You have a lot of heroes (all those VCs, after all) which help, but never enough time.

There is a day phase, and a night phase, which is worse because it’s harder to hit the Zulus at night unless buildings catch fire, which they can do.  There are also some random event cards, and some what ifs, like Company G actually showing up and helping the garrison.  If you want pics and more comments, you can find the ZotR page here on BGG.  At $40 it’s at a midrange price for a boardgame, and the components have the usual VPG high quality of treatment - a hard mounted board, professional cards, and thick MDF laser cut playing pieces, so to my mind that’s a good game at a fair price.  While this is a solitaire game, it would be fun to take to the pub/club and play a few times.  A quick defeat can take twenty minutes, but an epic stand might take an hour.  My record so far is one out of three wins, so it’s a challenging game.

I have this week off, so I’ll probably watch Zulu for more inspiration.