In the time since my last post here, I’ve been busy with work and also had the chance to travel to Africa and back to some church-related work in Ethiopia.   It was an amazing experience, and I hope to write about it on my “God blog”, www.madpadre.blogspot.com, in due course.

There has been some painting time here and there, including these two dangerous fellows for my Rockies Ablaze pulp project. 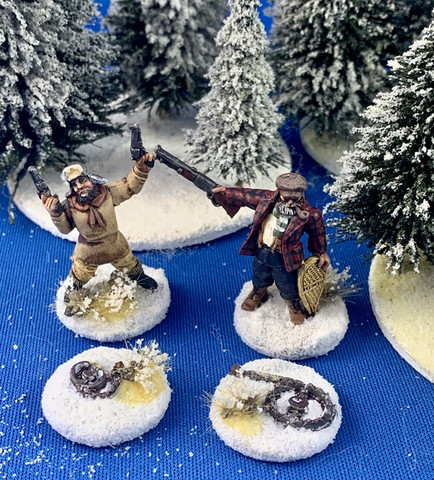 These two are figures are Bob Murch sculpts, figures from his Mad Trappers set from his Pulp Figures line. 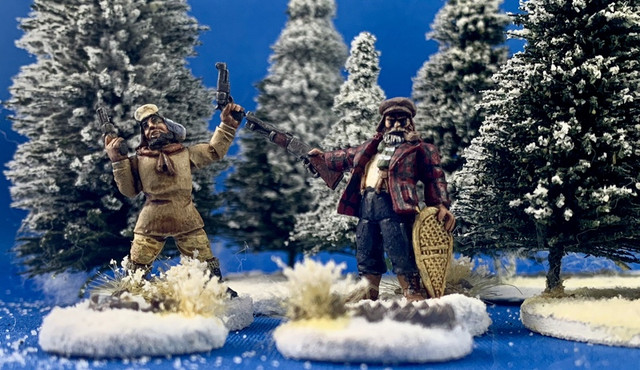 The fellow on the left is Ratko Gligic, Canada’s Most Dangerous Immigrant.   Rumours had it that he personally killed an Austrian general in a cafe in Belgrade, made him into goulash, and then served him to his troops.   He escaped from a Bolshevik prison camp, fought with the Whites, the Czechs, the Poles and basically anyone who had gold and booze, before escaping on the last ship out of Archangel.  He steals, curses, drinks, and only comes into town to trade furs for supplies and whiskey. 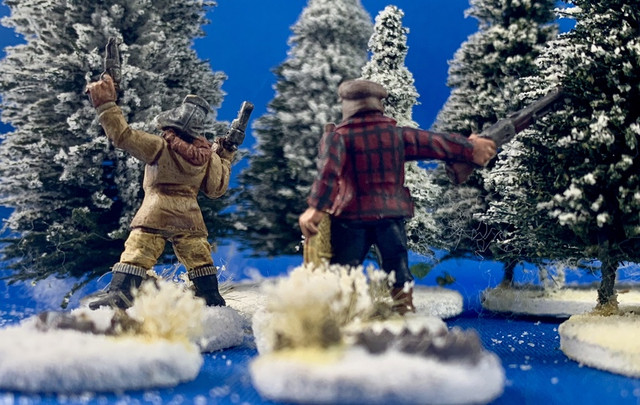 On the right, Old Jock Montrose has never paid the Crown for a trapping license, or for anything else.  Some say he won the Victoria Cross at Second Ypres, others say he shot his RSM, and some say both.   He once killed a bear with his fists and a broken bottle, and has threatened that any Mountie or excise man who comes near him will lose a foot in one of his innumerable rusty traps. 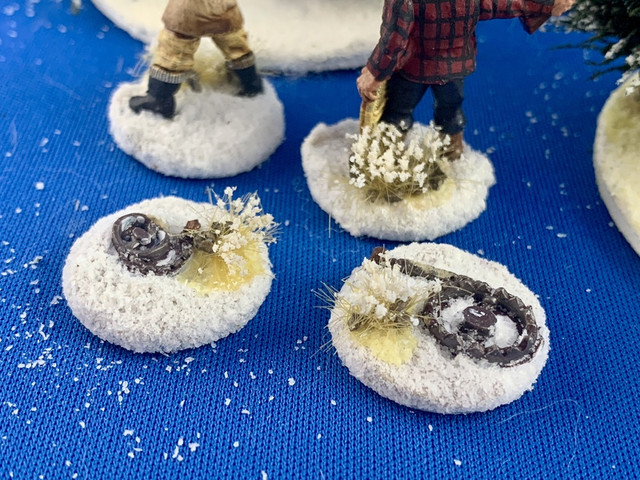 As always, they were tremendous fun to paint.

I hope to keep puttering away at this project, but the next few months ahead are busy.   I have a few interesting things to do before I retire from the Canadian Armed Forces in June, and then some planned travel this summer with my lovely bride Joy, though she has come to realize that the odd hour of hobby time is good for my mental health, so we shall see.

In the meantime, be well and blessings to your brushes.