Getting Biblical: A New Project

I’ve been in a bit of a blogging funk lately but I thought I should shake it off to report that I seem to have been bitten by the biblical bug.   Normally I’m quite reluctant to pick up a new period or scale.  In fact, I’ve recently purged my quite large 20mm WW2 collection to force myself to focus more on fewer projects.   However, for some reason, I found myself ordering these three books. 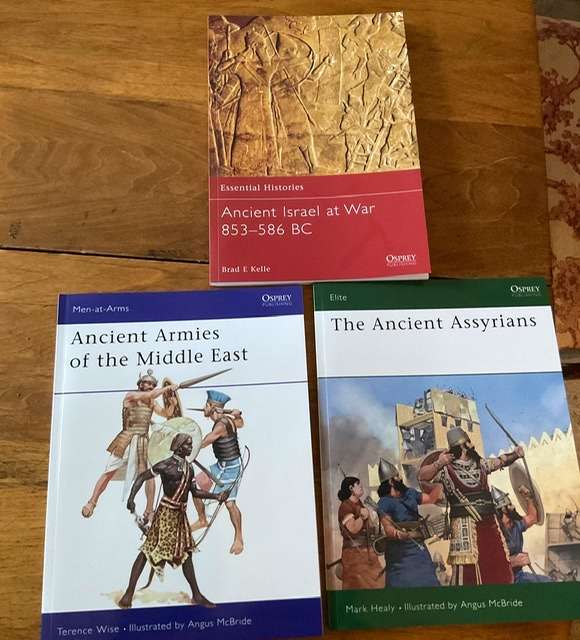 (Annoyingly, the bottom two books disappeared without a trace.   My wife said with a stricken face that she may have scooped them up in a stack of recycled magazines, so the Assyrian book is reordered from Osprey).

So why ancient biblical armies?   Partly it’s because I’ve been listening a lot to the Mad Axeman podcasts.  Tim Porter and his crew make ancients gaming sound like too much fun, and all a bit mad, really.   I confess I’ve never been that sold on the idea of ancients gaming.  Line up two mobs with stabby pointy things, sound a horn, they all run at one another and bish bosh one side or another runs away.   I’m intrigued enough now to have a go myself.

Also, as a wargaming vicar, it really just seems like something I should do.   Recently I taught a course on the Book of Isaiah, and had to restrain myself from telling my students too much about the military details, though they are in themselves fascinating.   The 7th century BCE has loads of interest, perhaps starting with the Assyrians, the apex predator of the period, but there is of course the two kingdoms of Israel and Judah, Syria or Aram and its various city states, and Egypt to the south, so quite a few armies and possible matchups.  Of course, the idea that all these armies have chariots makes it appealing (see 2 Kings 9.20).

So what rules to use?  Again, to thank Tim and the Mad Axeman crew, the new edition of ADLG seems worth a look, and it’s many army lists will help me, a newcomer to the period, figure out the basic troop types and which army looks like what. 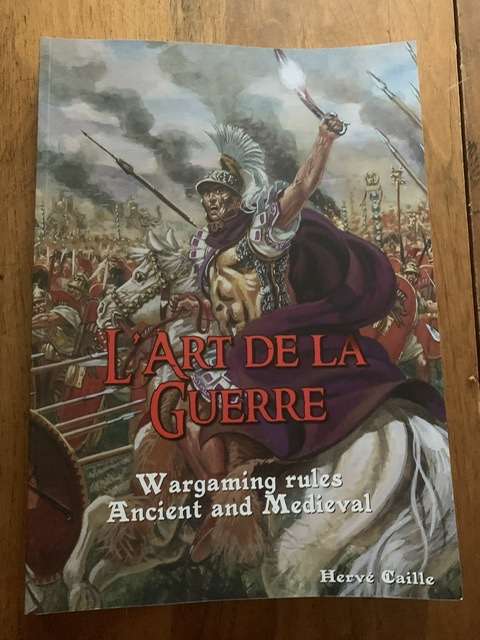 I reached out to Tim on Twitter and asked his advice on figure manufactures, of which there are many. To field largish armies and to make the painting faster, 15mm seemed the best scale.  I settled on Fighting 15s / Gladiator Miniatures, ordering a bunch of fairly generic infantry and a variety of two horse chariots with a variety of armoured and unarmored crew.  This should be enough to flesh out Syrian and Hebrew armies with some Bedouin allies.    I’ll add the Assyrians on a subsequent purchase.  Here are some test figures almost done. 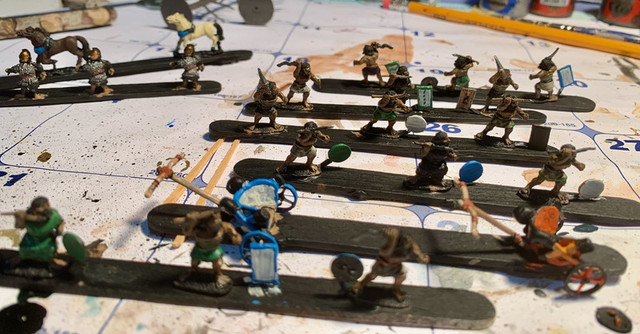 It’s a back burner project for now but a pleasant change of pace.

Cheers and thanks for reading!