#ThursdayNapoleonics: SPI'S Wellington's Victory, the Battle of Waterloo at 12:45pm.

It’s Thursday and time for the weekly Napoleonic update.

I took a chance on these new Osprey rules, hoping they’d be to Naps gaming what Dragon Rampant has proved for quick and easy (an earlier generation of grognards would have said beer and pretzels) gaming. 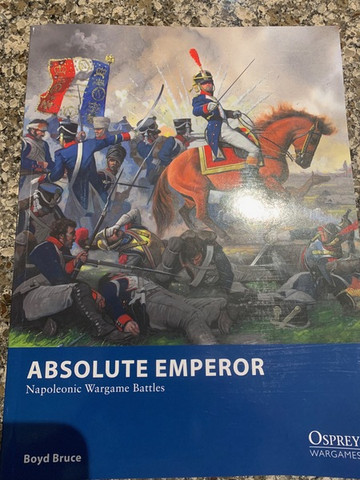 Boyd Bruce, the author, promises in his forward that these rules will indeed be simple and fast playing.   It is agnostic to scales and bases, and while the game’s smallest unit is called a division, grouped as corps, the rules still allow for tactical formations (square, column, line) which seems odd to me.   I’ve had to wade through with a highlighter to understand the mechanics, as there is no index or any QR charts, but I think I grasp the mechanics and hope to try it with some 6mm units soon.  More to follow.

Currently in my bedside reading is this book, obtained from a recent Hellion Press sale. 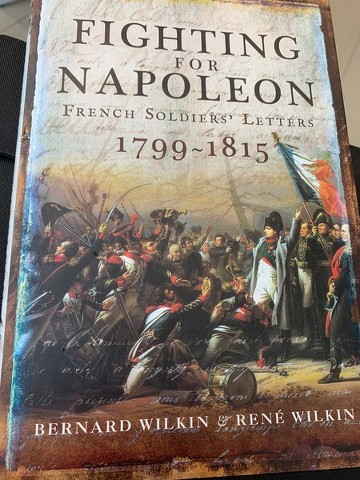 The authors have done a brilliant job of combing the archives and pulling together letters from a wide variety of soldiers - rankers and the odd junior officer - and  they are generally grim reading.    A typical letter might read:  “Dear Mother and Father, I am tired of war.  Please send me money as I lost my equipment and need to buy more.  I am hungry, cold, have no shoes.  I send my love.”   Many of the letters focus on conscription, trying to obtain release from the army or exemption for younger brothers, and most are very simple, as the letter writers were not all that literate.  Sometimes men from the same village or town would pull together and have someone write a letter  for them, in all their voices.   There are notes for each letter explaining what is known of the soldier writing it, and sadly, many never came home.   Grim reading that inspires respect for the hardships these men endured.

Now, down to the basement and the gaming room, which thus far has remained cat proof.   Here is the Battle of Waterloo having just finished the 12:30pm turn. 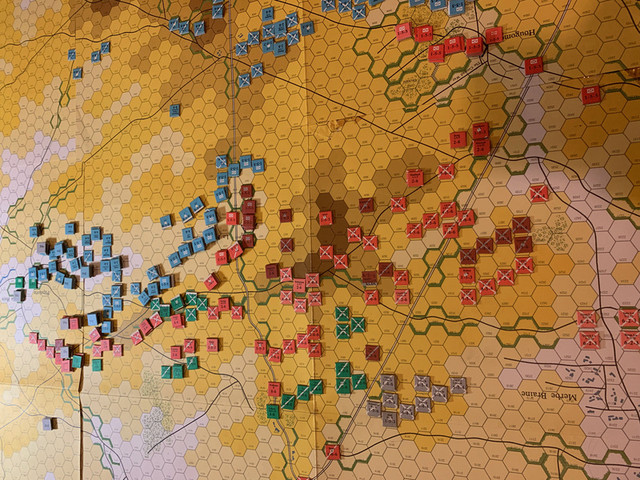 On the right, a token force of French light infantry has forced their way into the orchard of Hougoumont, but show no signs of going any further.  Foy’s and Bachelu’s divisions of II Corps are now committed and appear to be moving towards La Haye Sainte?? 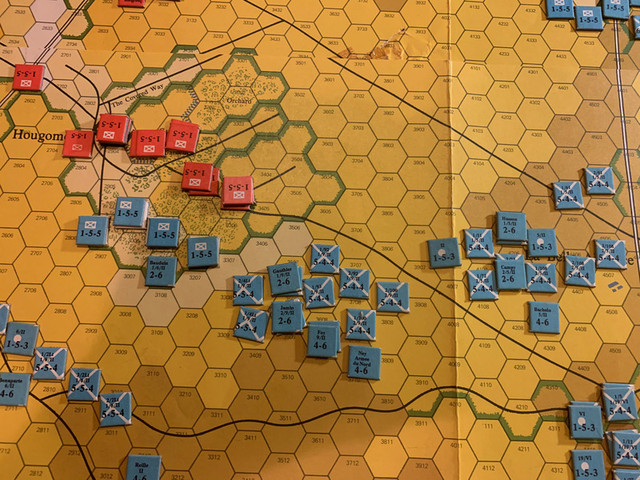 Pressure building on La Haye Sainte and on the Allied centre.  Galling fire from French skirmishers has caused some 300 casualties to the KGL and Rifles holding the farm this last turn.  Allied musketry in response was unlucky.  French I Corps artillery is now unlimbered and ready to fire at long range. 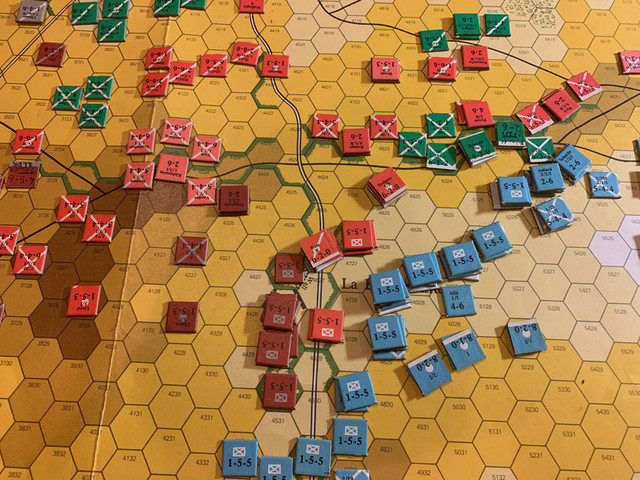 Fighting has been fiercest on the French right.  D’Erlon’s I Corps has been pushing hard, but a company of Dutch/Belgian skirmishers amazingly still hold Papelotte and have already seen off an attack by ten times their number.    Some of the Dutch battalions have broken but the Hanoverians are holding steady and Pack’s redcoats are in line behind the ridge waiting for their moment.   There have been charges and countercharges - Vivian and Vandaleur’s brigades have pushed back Jacqunot’s chasseurs, with losses on both sides.  Of the commanders, Perponcher and Vivian on the Allied side are hors de combat, and Bruno likewise.  Shock combat has proven deadly to chaps in lace coats. 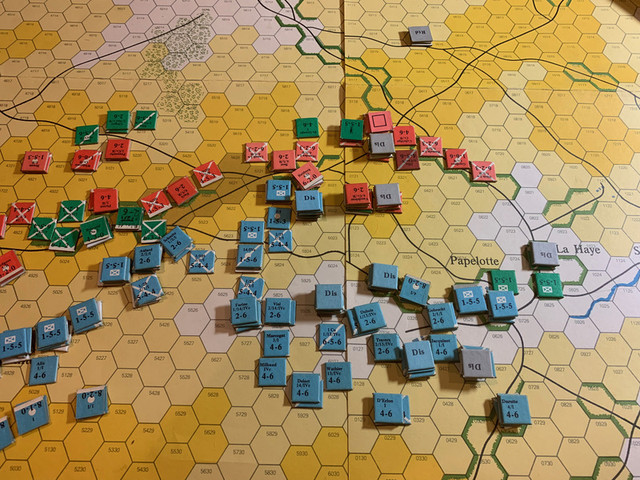 French infantry attacks are proving fragile, as seems right, but the pressure on Wellington’s left is growing and it is a long time before the first Prussian columns appear on the map.

Any advice for Wellington or Napoleon?