I've been limbering up at the gym as well, but that gets harder as I get older and painting this delightful kit from Perry Bros over Christmas was much more fun than exercising.

Even though I am amazed at how much space my 6mm! Napoleonic limbers take up on a 6' by 4' table, there's something about having a limber team that denotes a certain seriousness in how one approaches the game, even if one only has one such model (for now).  So I splashed out on this set, having already assembled and painted the limber and gun shown here, which are from the Perry's plastic ACW artillery set. 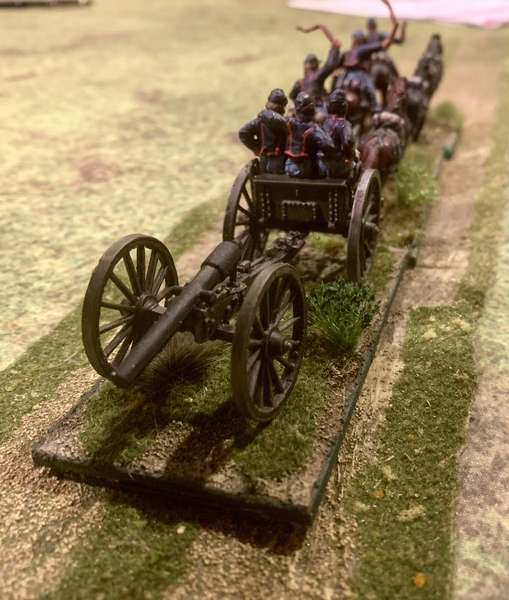 The figures are beautifully sculpted and didn't require much cleaning.     They are also in dynamic poses, given the impression of a gun rushing into battle at a desperate moment. 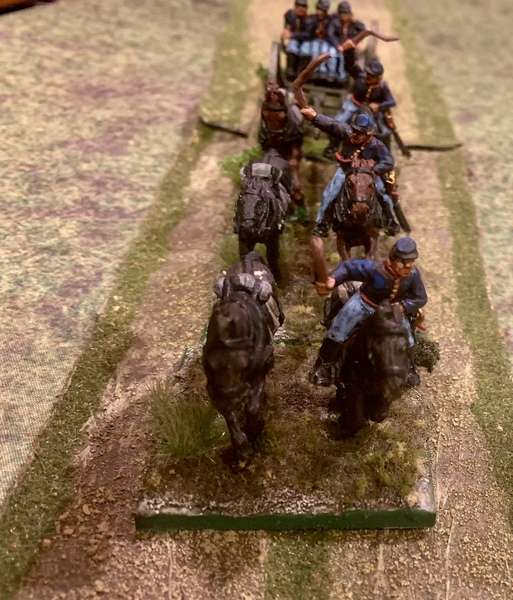 The three limber riders are cast in one piece and fit perfectly on the seat of the plastic limber model.   I like how it looks like they are holding on for dear life.   Bouncing along on an unpadded chest full of gunpowder, that's not at all stressful! 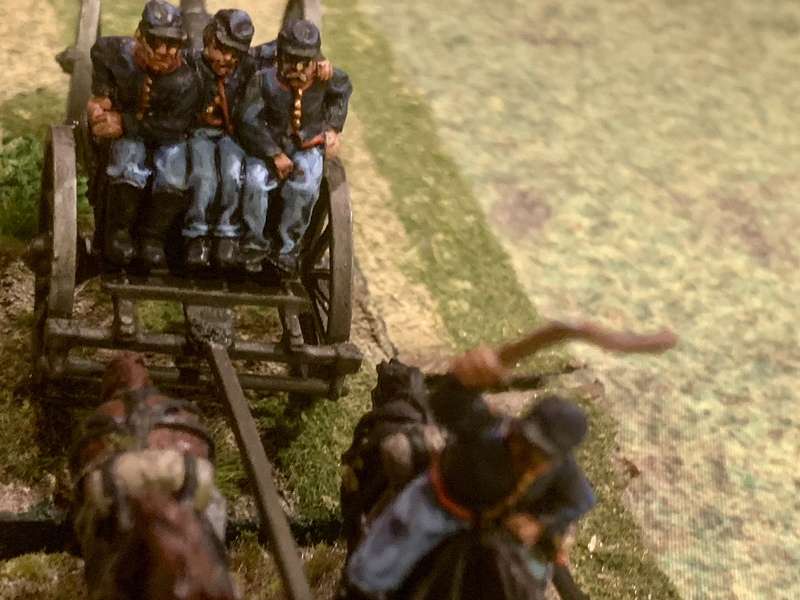 I've based the horses separately in pairs so the team is more manageable to handle on the tabletop.

A quick story before I go, from my re-enacting career, such as it was.   In October 2000 I attended an event in Loudon County, VA, that was organized by a guy called Rob Hodge, who was one of the gurus of the authentic re-enacting community.   Hodge makes an appearance in the late Tony Horowitz's Confederates in the Attic, a book which is both amusing and insightful.

Anyway, I was part of a Union infantry "battalion", perhaps 75 in all, in line at one side of a long valley, perhaps 2 kms across.   I found a photo that I took from my place in the second rank that afternoon, showing a little infantry skirmish in the middle of the valley. 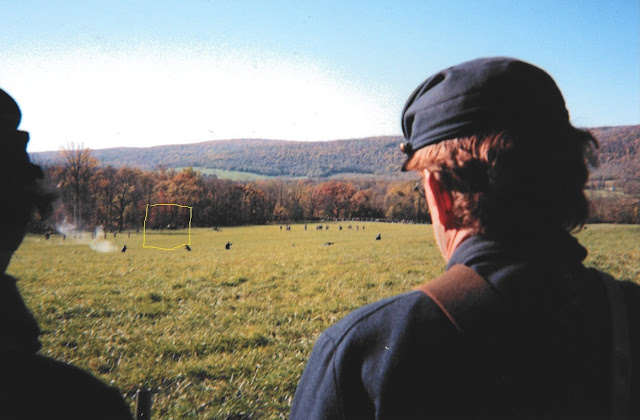 Shortly after this photo was taken, from the spot in the treeline which I've marked in yellow, a Confederate limber team and gun appeared    I recall vividly how quickly they moved into position, well out of rifle range, unlimbered, and fired a few "rounds" at us.   The horses were a joy to watch as the wheeled to bring the gun into position, and the whole process seemed to happen in just a few minutes.    It was distinctly eerie to think that had it been real, round shot would be buzzing at my general direction and me powerless to return the favour.   I wish I had taken a photo of that gun and team.

There are however some excellent photos of a re-enactment group that knows something about guns and horses, and from what I can see, they are pretty convincing.

That's all for now.   Rabbitman is coming over this weekend for a dirty wargames weekend so more to say about that soon I hope.
Blessings to your brushes!
MP
Posted by Mad Padre at 7:44 AM 8 comments: