For my June project, I am revisiting a game I first played in high school, against a much older and patient opponent, who methodically dismembered me, though if you’re reading this, Dave, you got some key rules wrong!

This is Wellington’s Victory, one of SPI’s monster games of the 1970s, and in my opinion there is no lovelier paper, hex and counter game, though the colour choices for the elevations seem quite arid for the rain-soaked spring landscape of Belgium.   Certainly the national colours for the various units are lovely.   Here is the complete setup for the complete Battle of Waterloo, which commences at 11:45 on the turn track. 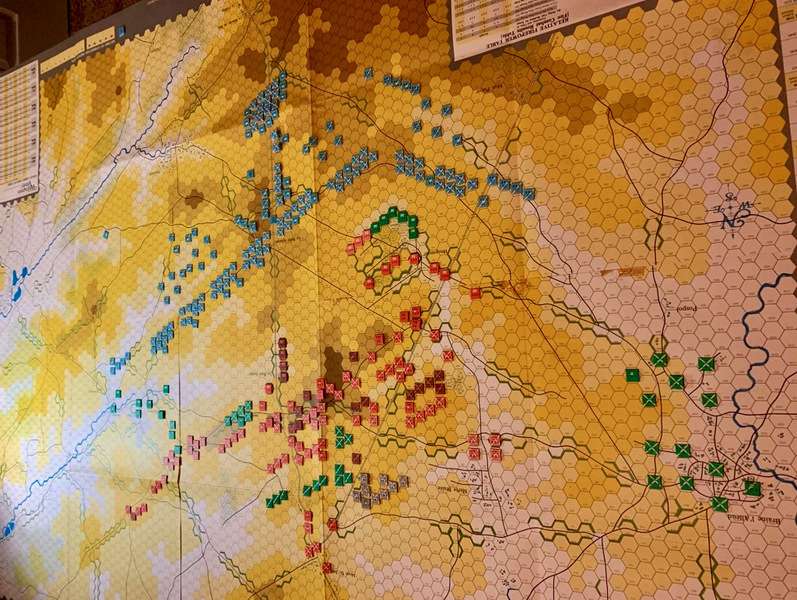 Any Waterloo game has to assume that Napoleon knows that Grouchy will not come, otherwise it doesn’t make much sense.   So, in this solo game, my object as the French is to throw as much of my weight as possible against the Anglo-Dutch, though the drain of committed brigades on the Army Morale total (let it drop to zero and bad things happen) mean that I have to decide carefully how much of my force to commit at the outset.

Opening Moves:  French commit Bauduin’s brigade of Jerome Bonaparte’s 6/II Div.  These light infantry battalions will deploy as skirmishers and move against the Hougoumont orchard to keep the British honest. 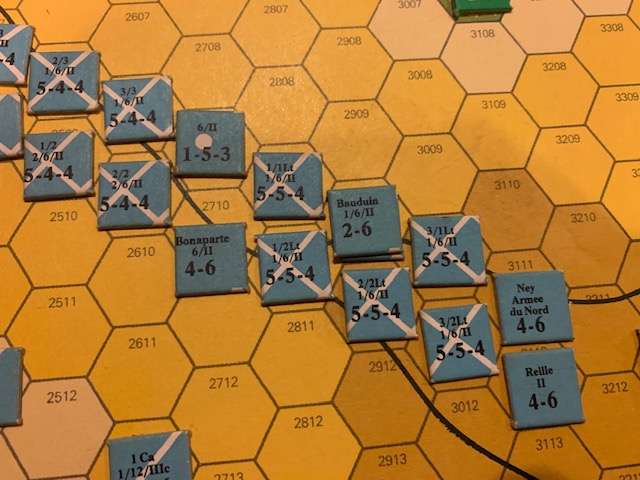 On the right, me/Napoleon commits all 8 brigades of D’Erlon’s I Corps, as well as the Corps light cavalry division of Jacquinot.  The French plan is to threaten Wellington’s left without getting sucked into the Hougoumont trap while punching hard  against the Anglo-Dutch left. 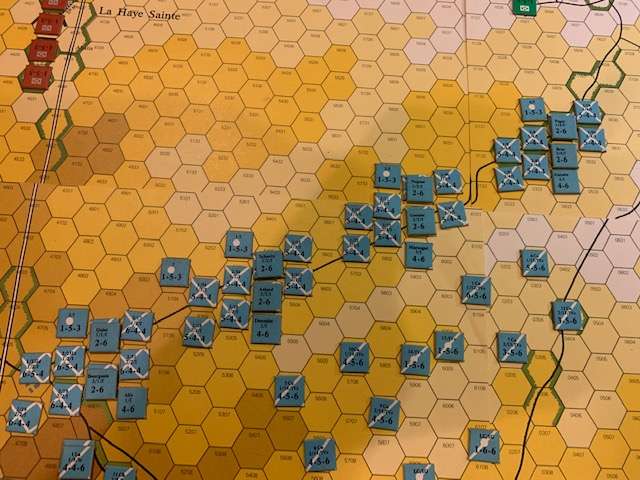 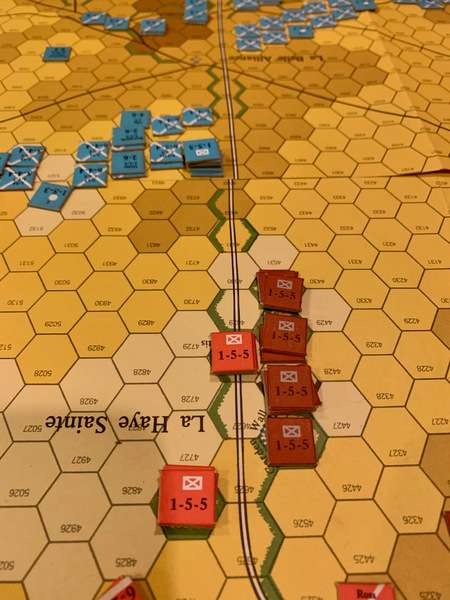 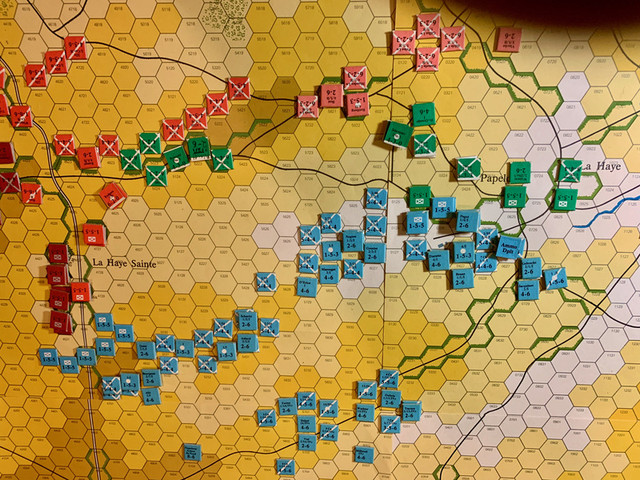 French light infantry skirmishers begin to press into Hougoumont’s orchard at bayonet point, both sides taking some casualties.  I begin to feel the magnetic pull of  chateau.  Must Resist! 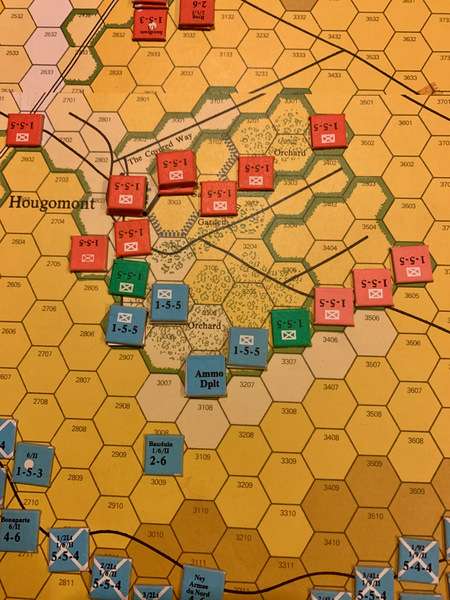 Close up of the action as the French press against the Belgians and Dutch holding Papelotte. 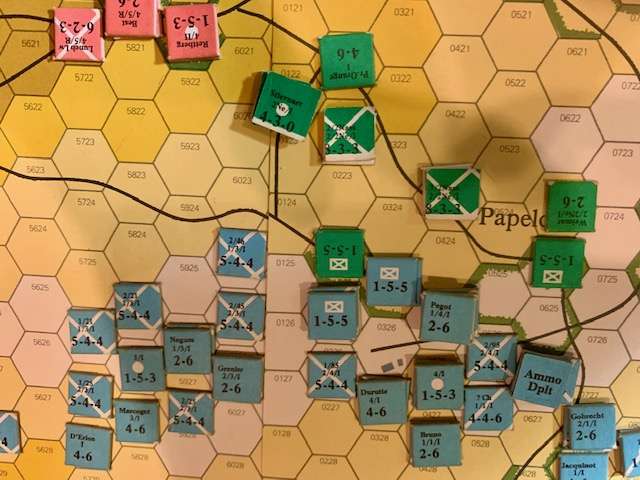 Just after this photo was taken in the Allied fire phase, the French columns started coming under cannon fire and three battalions were disordered with casualties.  Meanwhile, Milhaud’s 3rd HvyCav Div is committed and moving up.  Allies responded by committing Vivian and Vanderleur’s two cavalry brigades on the A-D left flank.

More to follow as I play it!   Who knows if I’ll finish the game this calendar year!