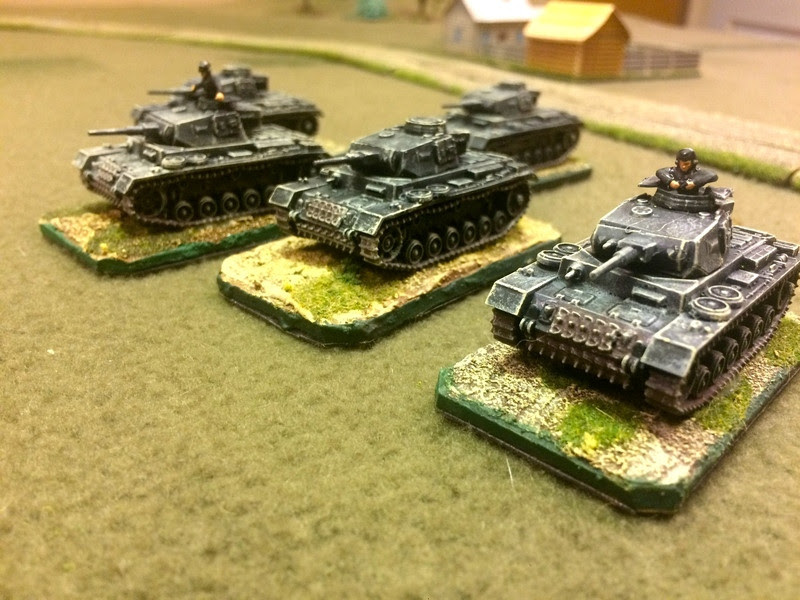 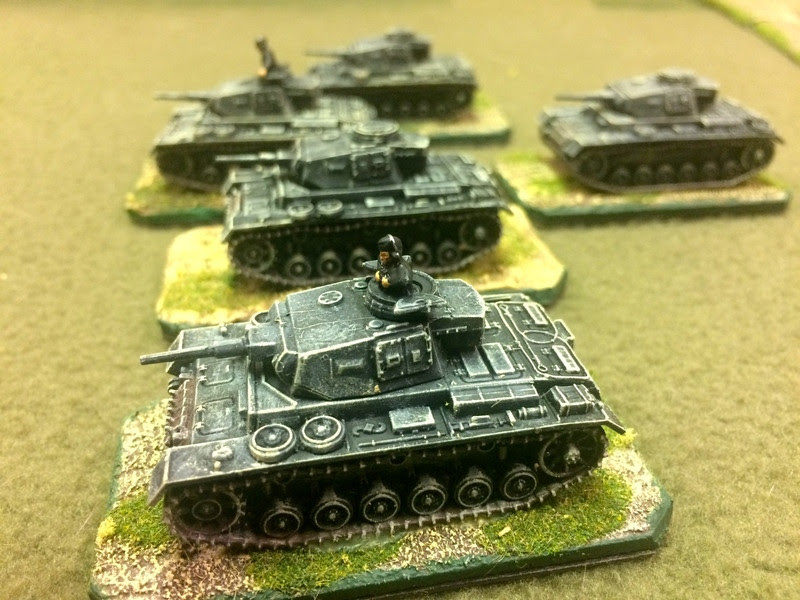 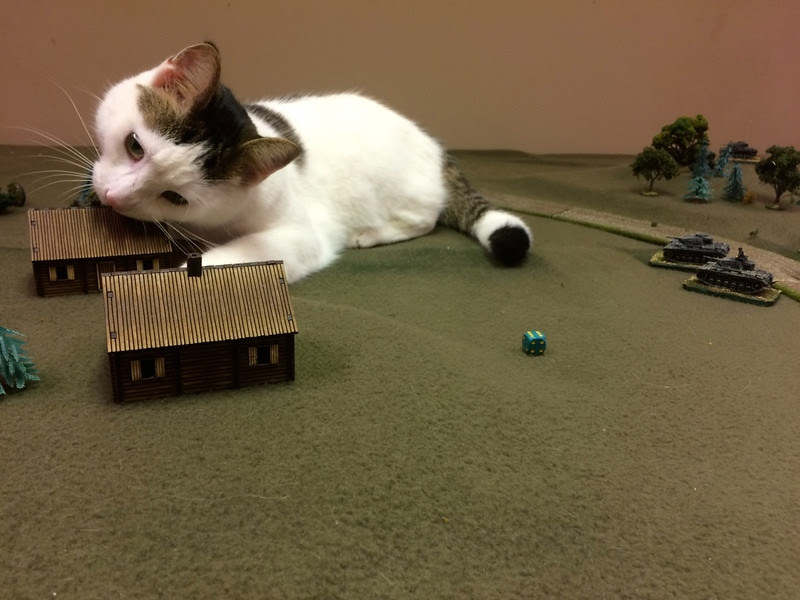 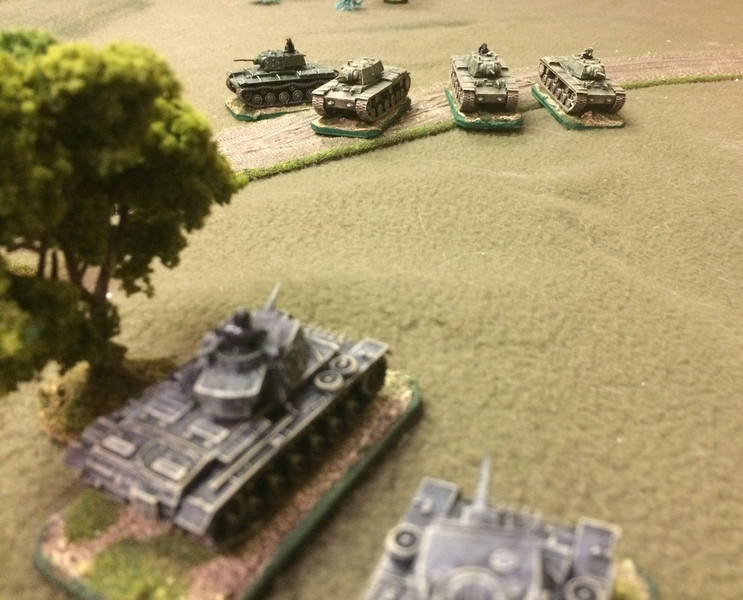 Here’s a brief update on my solo play of The Gamers’ April’s Harvest: Battle of Shiloh.

It’s 08:00 on the first day of the battle, Union turn.  This turn McClernand’s 1st Division is now alert but will need to wait for orders from Grant.  Meanwhile, Sherman (right) and Prentice (left) brace to meet the Confederate tide. 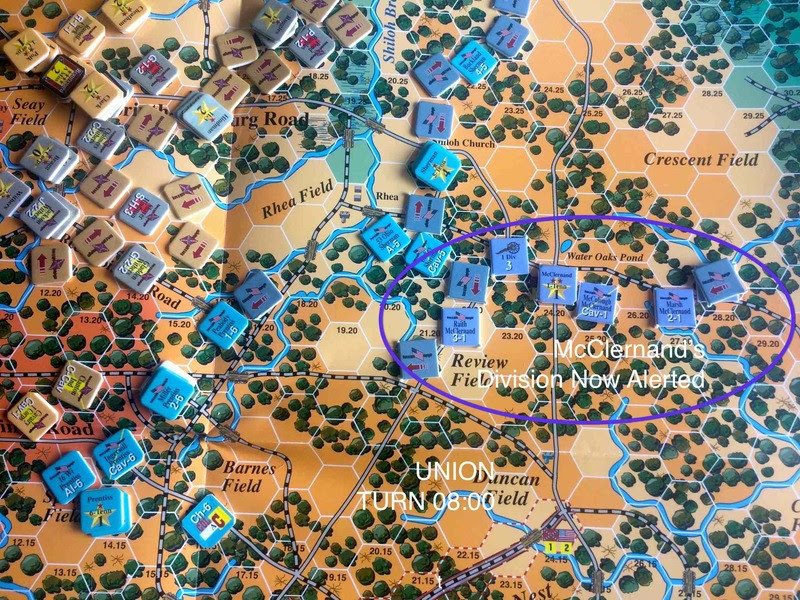 An incident during the CS 08:30 turn.  Gladden’s brigade of Wither’s CS Division advances along with the division artillery.   In the game mechanics, the non-phasing side shoots first, and in this case, Peabody’s US brigade of Prentiss’ division  gets to shoot and causes some casualties.  However, as it is in extended line, each time part of the line shoots, there is a chance it can run low of ammo if it rolls an 11 or 12, which is what happens.  Then Gladden’s men and supporting guns return the fire, the US rolls boxcars on its morale check and Peabpdy’s brigade routs backwards two hexes.  It takes casualties and stragglers and is now the second Union brigade to become wrecked. 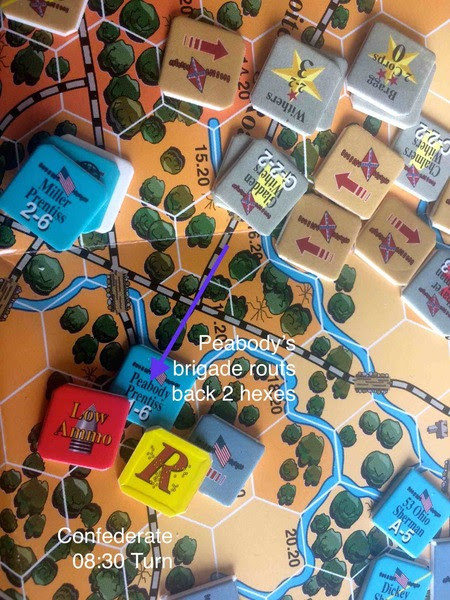 Situation at the end of the CS 08:30 Turn .  Peabody’s routed brigade has left a large gap in the US line.  Will the Union be able to plug the gap?  Grant better arrive soon to take charge! 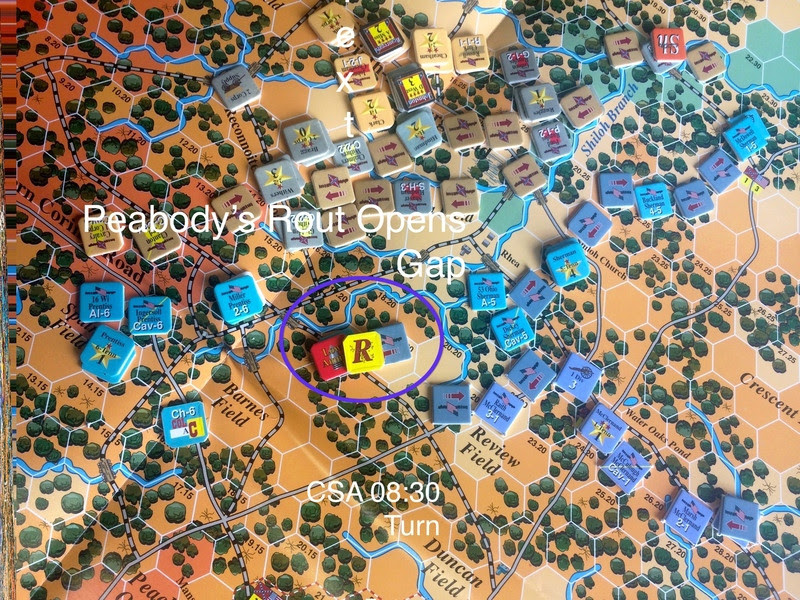 Some Captains Of Mordor

It’s been quiet here, with little painting done of late, but here are four Games Workshop figures from their Lord of the Rings line a Mordor orc command team.  The figures are fine case resin, which I suspect are now done on a print on demand basis as orders come in.  The figures are generally good, with a little flash, but the banner bearer’s sword is quite wavy and to quote Blackadder, looks a bit like an Oriental disembowelling hook.

The banner is totally coped from one done (better than mine) by my friend James. 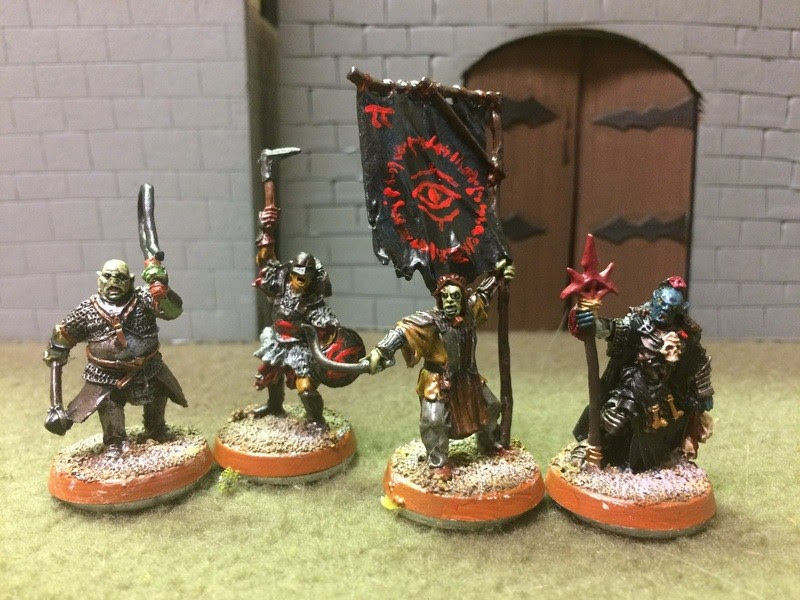 I’ve been toying with some modified command rules for Mordor for Dragon Rampant, which I need to revisit.   These fellows will play a role in getting otherwise inert and quarrelsome lumps of orcs going anywhere.  Also, the fellow on the right is described as being an Orc Shaman, or a chaplain, which I find kind of creepy, that the orcs have their own padres. 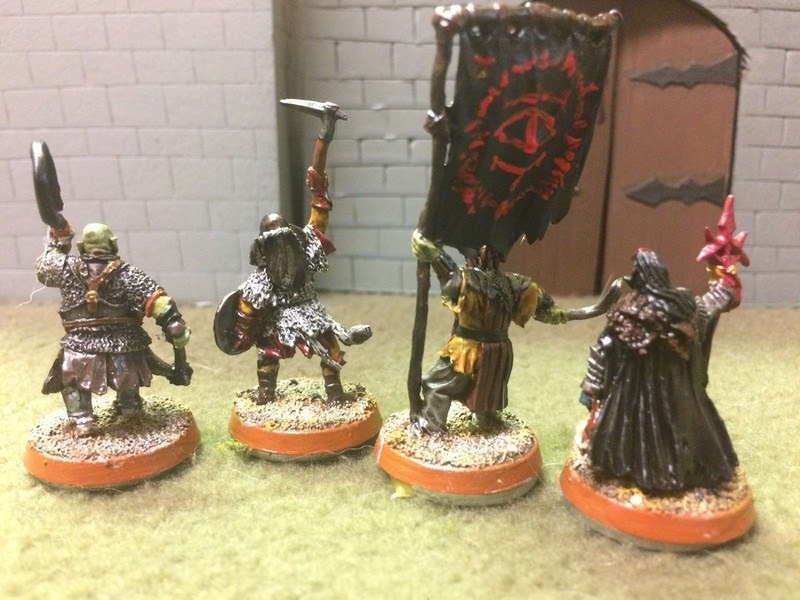