Here's the second part of this post, the fellows from the TQD pack Brit/Commonwealth infantry carrying supplies. Several of these poses will be useful for troops advancing and patrolling.

Chap with Sten gun carrying a large satchel. Looks like an NCO type. 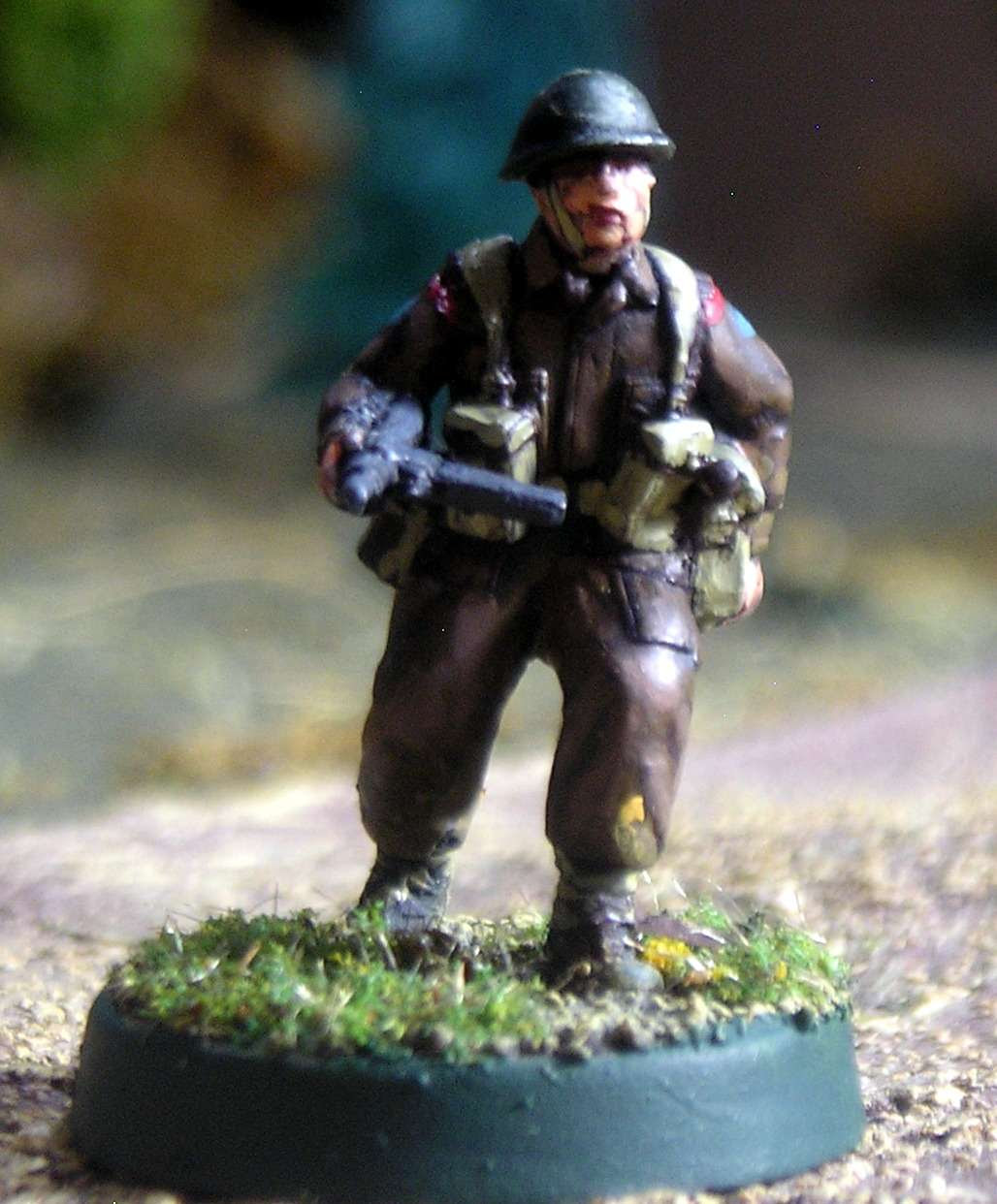 My favourite figure, and in my opinion, the best paint job of the lot. I think he shows the high end of this range, which at its best rivals anything from AB Miniatures, which to me is the gold standard for 20mm WW2 figures. 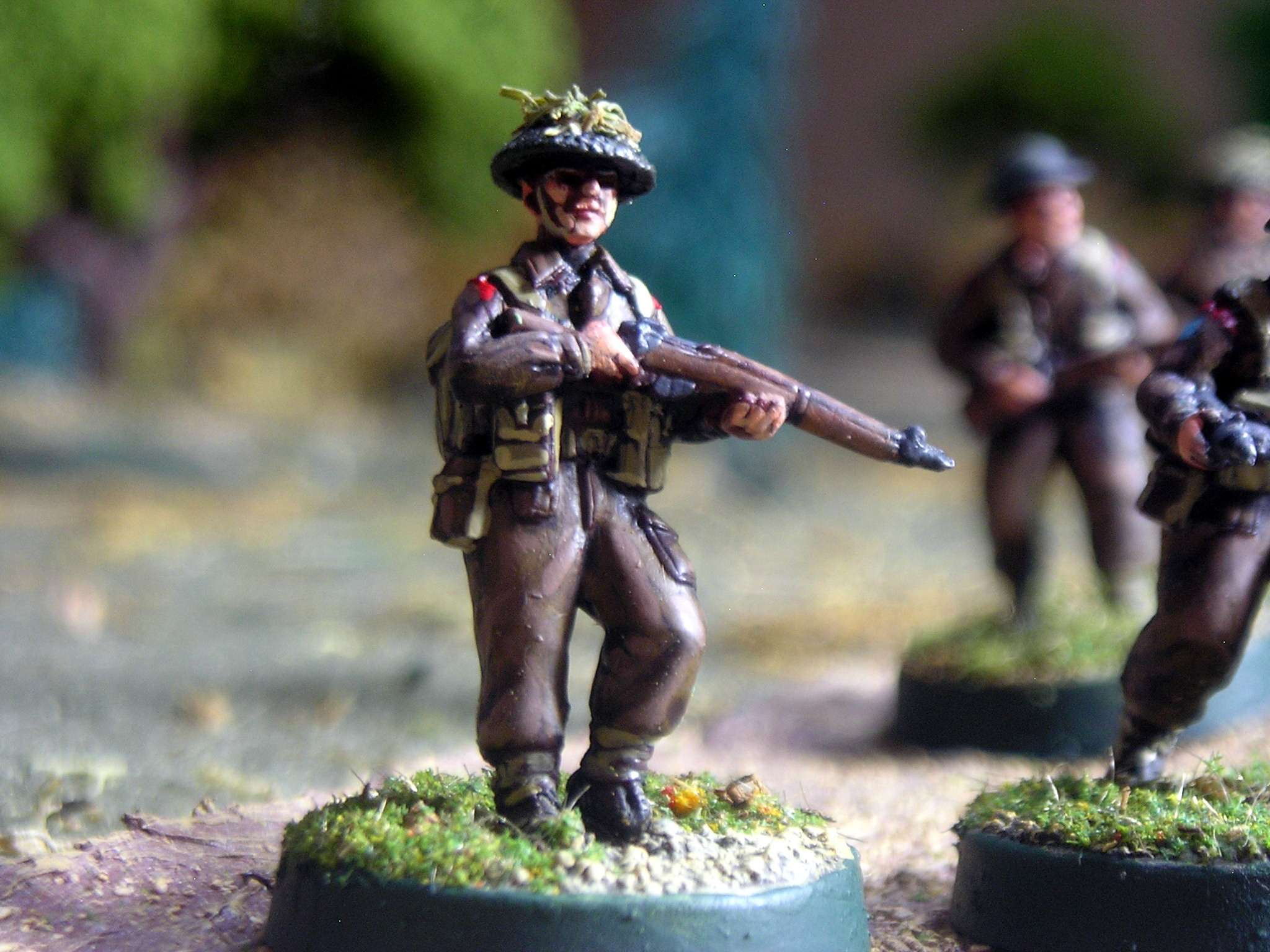 Anyone who has carried a full army jerry can, fetching fuel or water, over any significant distance, can empathize with this guy. 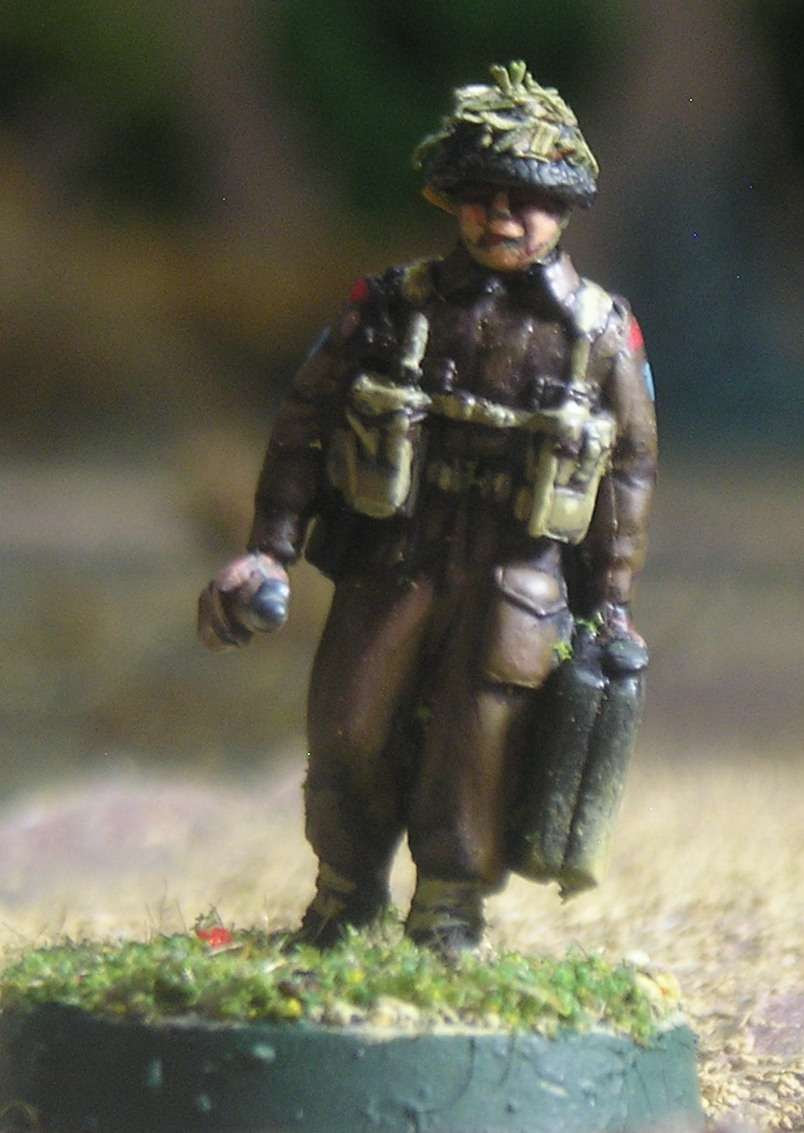 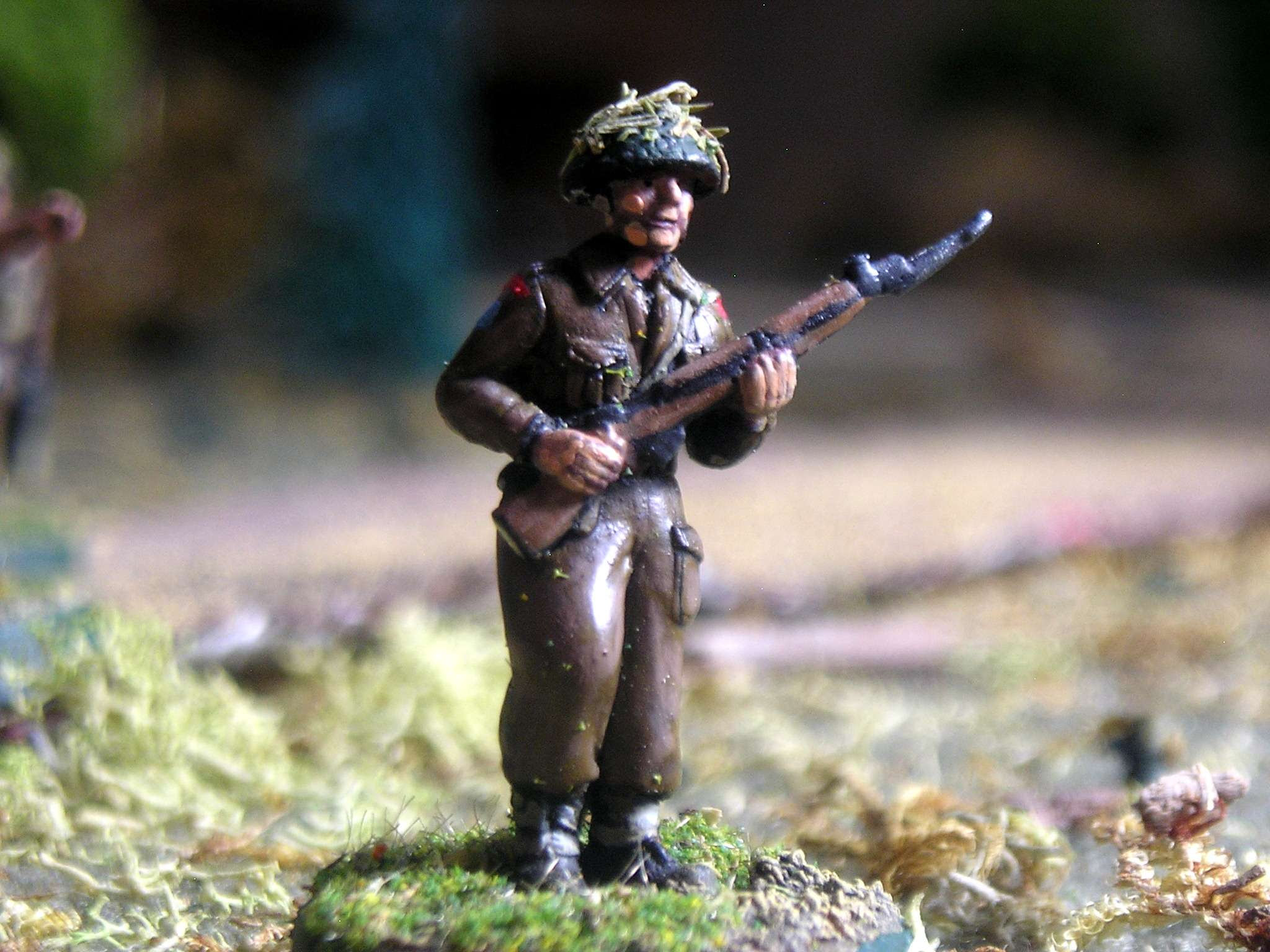 The group moving up to the front. 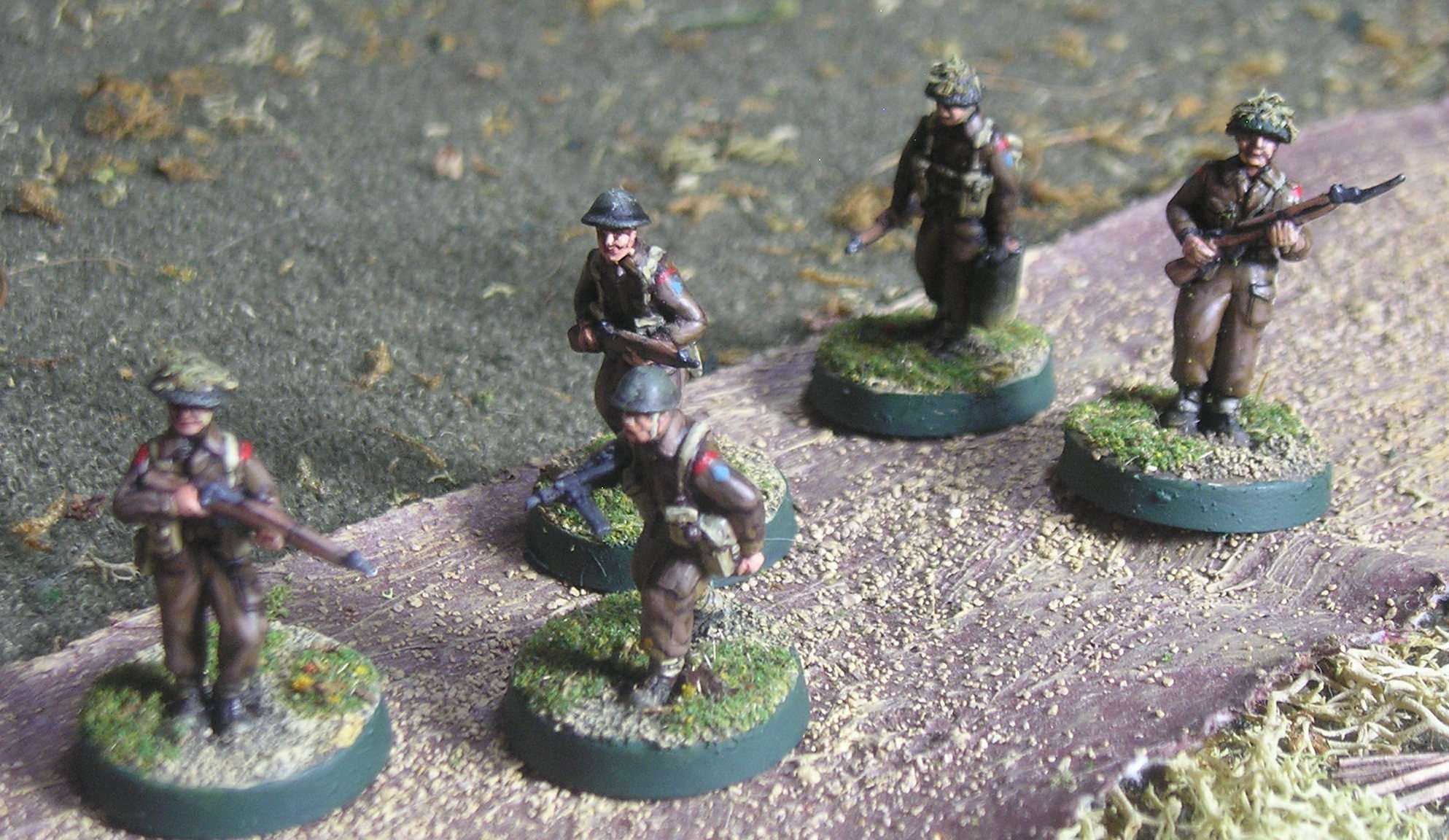 And of course an officer comes along and gives them a change in orders. 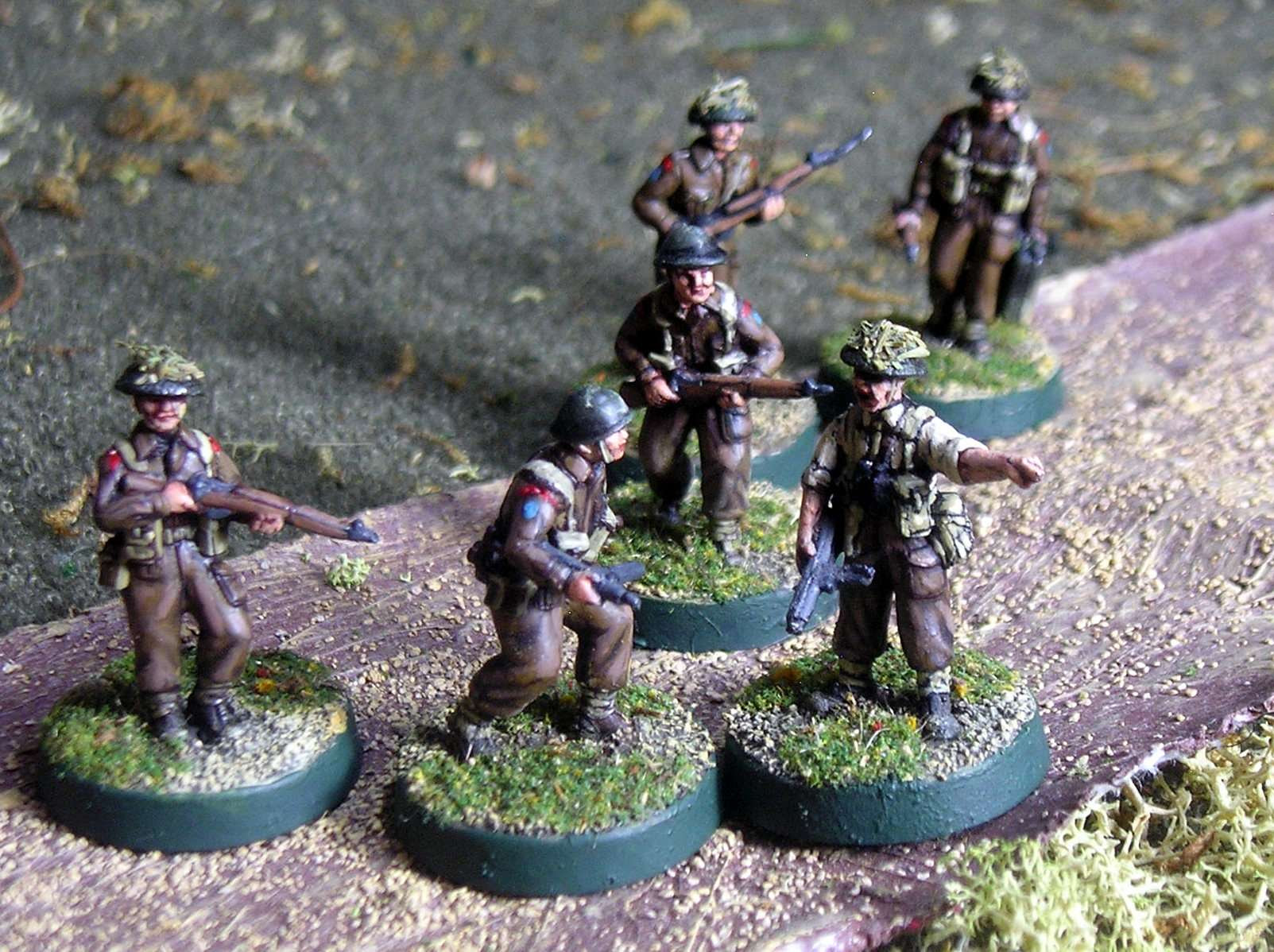 So that's the lot. As you may have guessed, I am a fan of TQD stuff. They are small compared to some figures in the 20mm range, especially Raventhorpe and Valiant, but they are very nice minis. I also bought a section of late war Germans and hope to paint them soon. Those who dislike slotta type bases may want to stay away. I often base figures in groups at this scale, but it's useful to have some individial figures for skirmish gaming, and special roles (messengers, leaders, etc). The fellow with the jerry can raises some interesting possibilities for a resupply mission. I am considering glueing washers to the bottom of the bases to give them some weight on the table and allow them to stick to magnetic sheets in storage.