Good day and welcome to Terrain Tuesday, which seems to have taken root as a regular blog feature.

Today's feature is a box of resin field fortifications from a UK company called Paul's Modelling Workshop.   I needed some field defenses for the next stage in my refight of the ACW Seven Pines Battle.  You may recall that Phase One of the battle ended with the Confederates about to advance on the the Federal defenses known as Casey's Redoubt.  I needed some models to represent these field fortifications and not being a talented scratch builder and not having a lot of time on my hands, I decided that I would throw some money at the problem.

I discovered Paul on the web and found him a responsive and friendly guy to deal with.   After looking at his extensive webstore, I purchased the Field Fortifications Set 1 and the Large Gun Bastion. 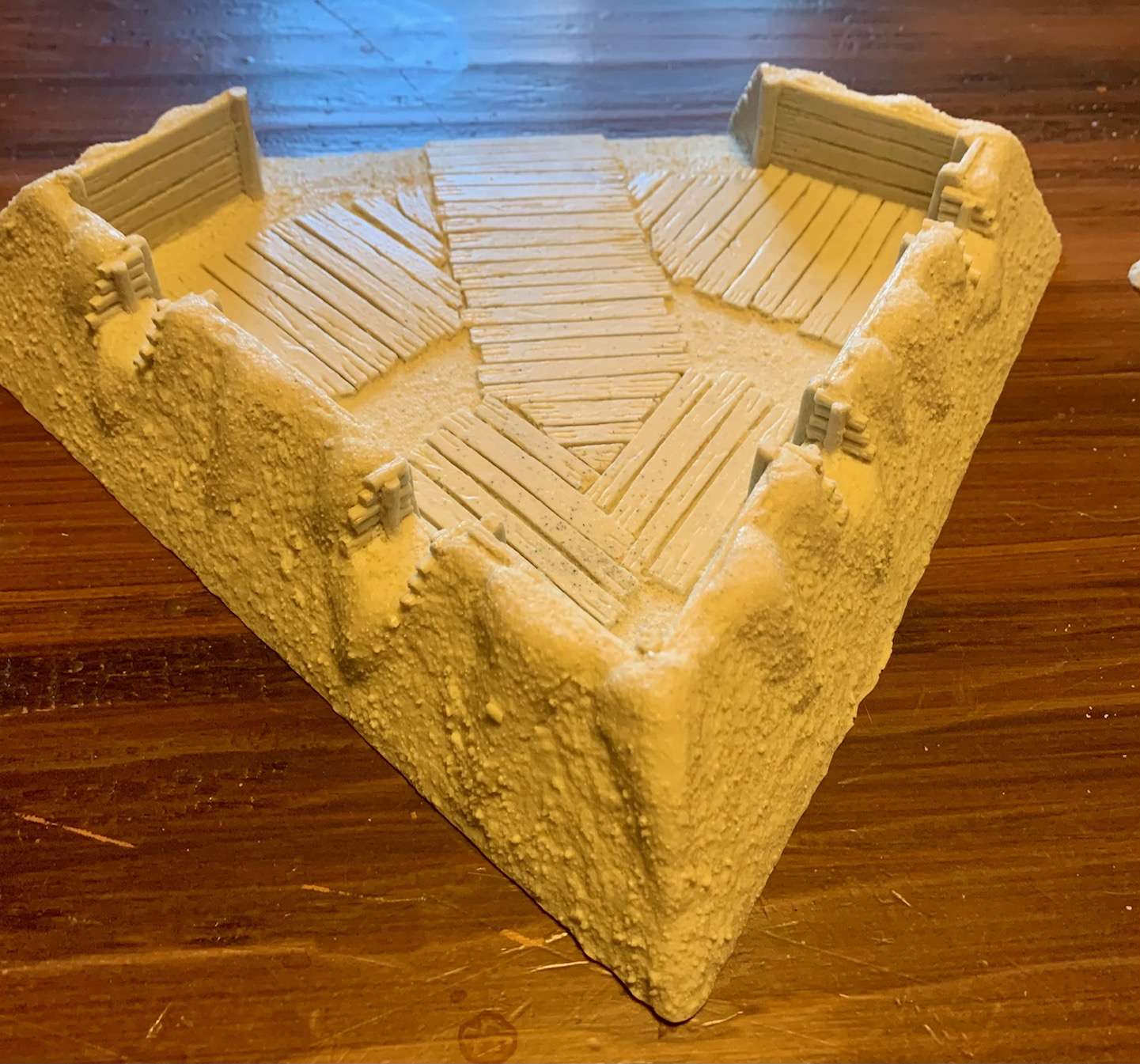 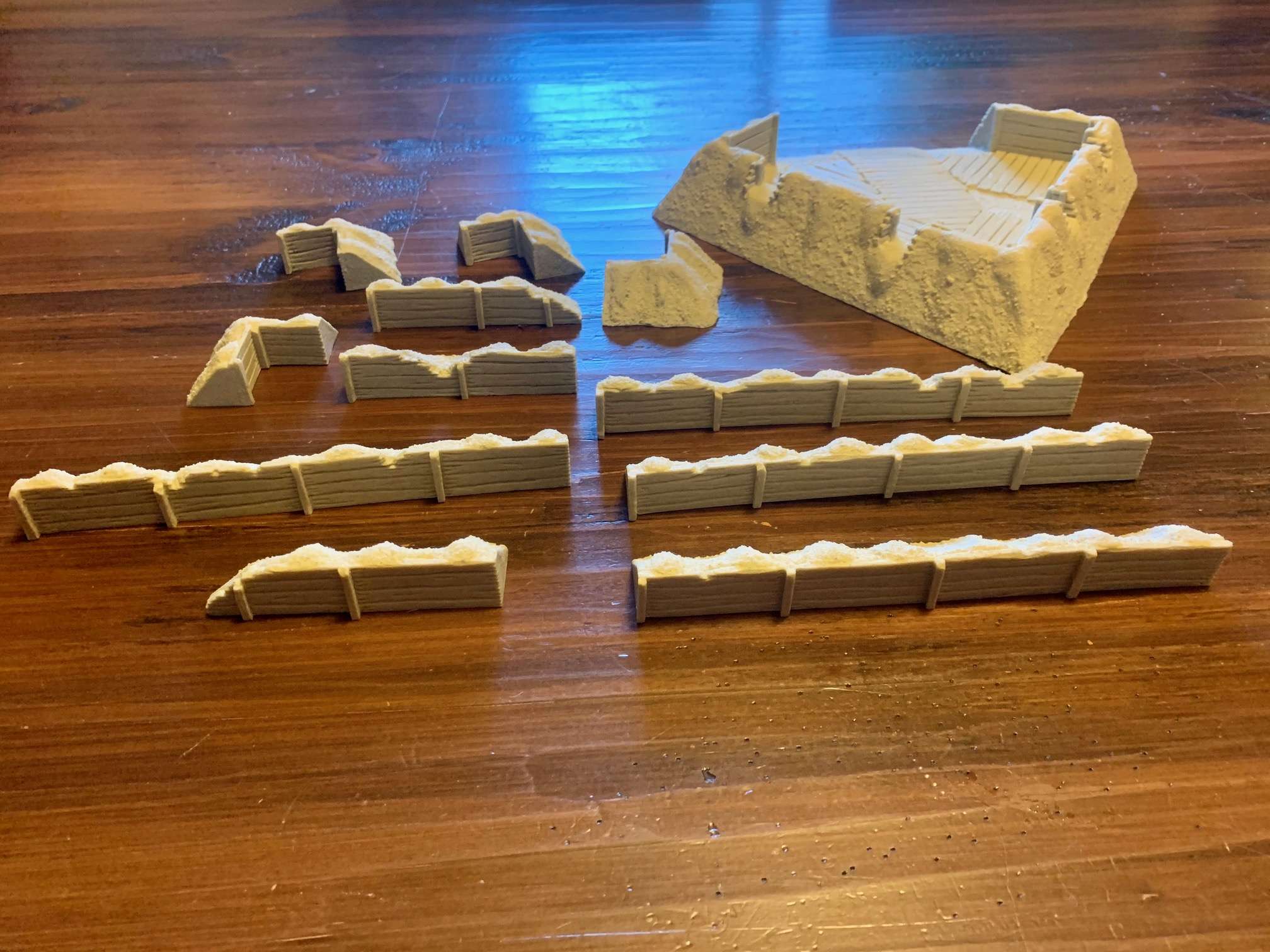 Almost five linear feet of defenses!   These should give the rebs something to think about. 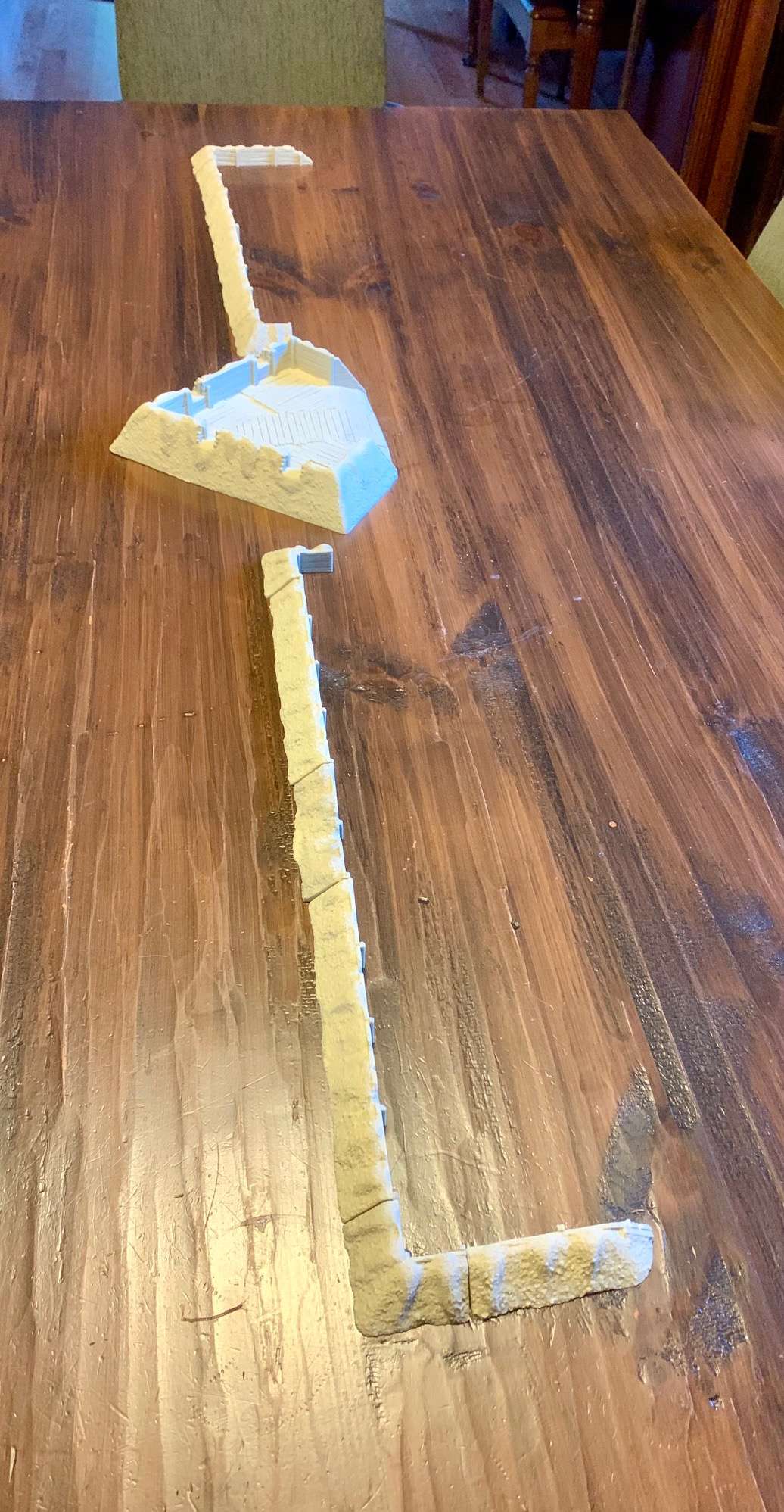 This purchase gives me a manageable project to prepare and paint for my Seven Pines project.   Paul has a wide range of fortifications, some buildings, and other accessories that would look good on your tabletop.  His product was meticulously packed and promptly shipped. He gets the Mad Padre's blessing,