Wanting to finish the latest batch of minis has taken my eyes off the game lately, but the monster awaits, in the cat-proof gaming room, and so we have started the 1pm turn.  Here’s the overall view: 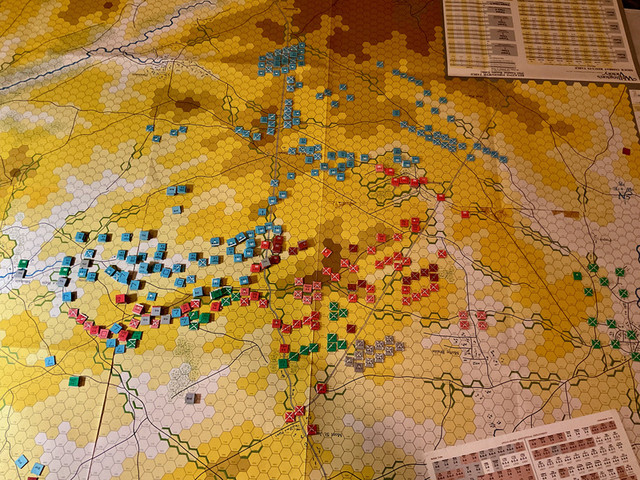 D’Erlon’s I Corps took a bit of a beating in the last half hour.  Three of his four divisions are battered and intermixed, but are continuing to put heavy pressure on Wellington’s left wing.   Currently the British cavalry of Vivian, Vandaleur and Ponsonby are buying time.  Two of Ponsonby’s three regiments charged successfully, routing 1600 French troops and dispatching the crew of D’Erlon’s 3d Div artillery, which was rashly pushed forward.  However, the French have managed to capture Papelotte, and have just cued up three cavalry charges in a bid to turn Wellington’s flank.   About to do the morale checks for the Allied units within the triangles of the blue charge markers. 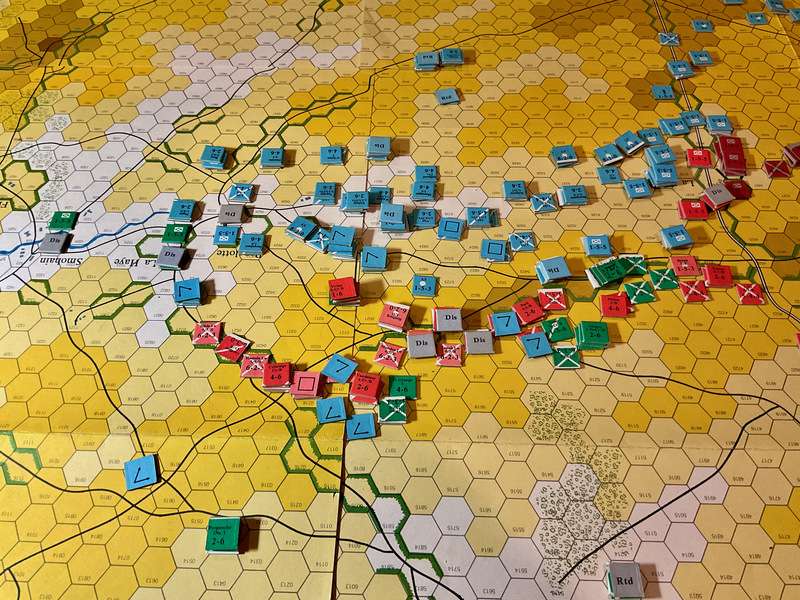 In the centre, bands of French skirmishers are starting to lap around La Haye Sainte and have evicted the King’s German Legion from part of the orchard.   French cannon have started to bombard the Sandpit.  At 1pm, Napoleon commits the Old and Middle Guard and orders them to move forward. 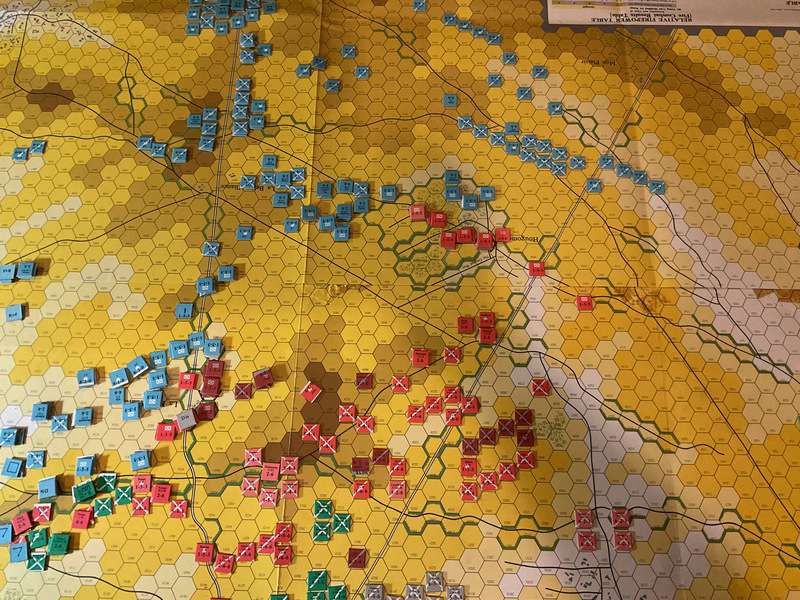