A dear friend of mine whose husband died of cancer a week before my own beloved Madame Padre passed away last November said something wise to me.   “You and I are still in the land of the living”, she told me, and I have tried to live by those words for the past five months.

The support of my wargaming friends has been wonderful and I have leaned on several of you, as you know.  Thank you all.  I’m in a better place now, and do indeed want to dwell in the land of the living.  I’m eating well, working out regularly, have lost some of the weight I put on as Kay’s caregiver, and am fully engaged at work and as the volunteer honorary priest of my local parish.  A lovely lady, a cancer widow, has entered my life, and made it much richer.

So my life has changed in many ways, but some constants remain.  I have only touched a paintbrush a few times since Kay’s death, and I have rolled dice a few times.   I am however slowly coming back to the wargaming hobby via my first love, boardgames.  A few months ago I had the opportunity to take a longish drive to buy five boxes of games from someone’s estate.  They almost went to the garbage dump, but someone had the sense to take them to a thrift store, and the thrift store owner knew someone who got the word out into the local gaming community, so that was a close run thing as someone once said.  Here are some of the games, mostly classic Avalon Hill titles. 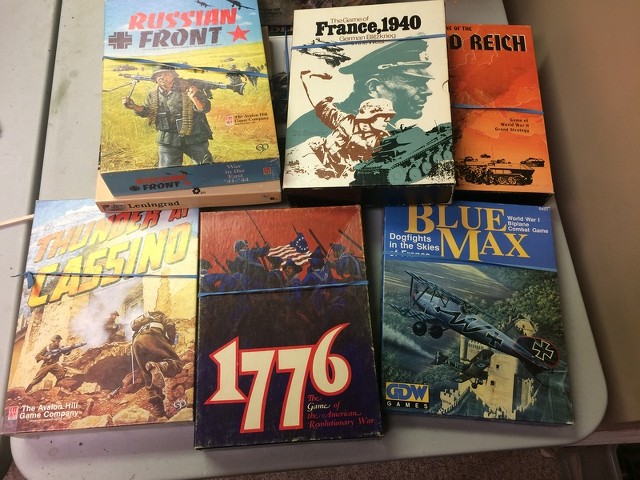 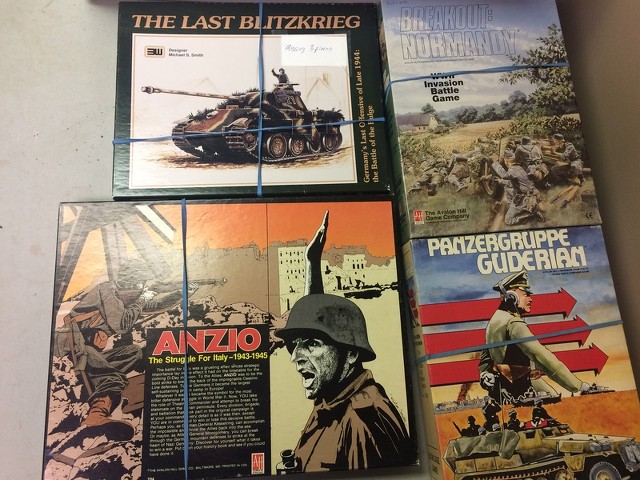 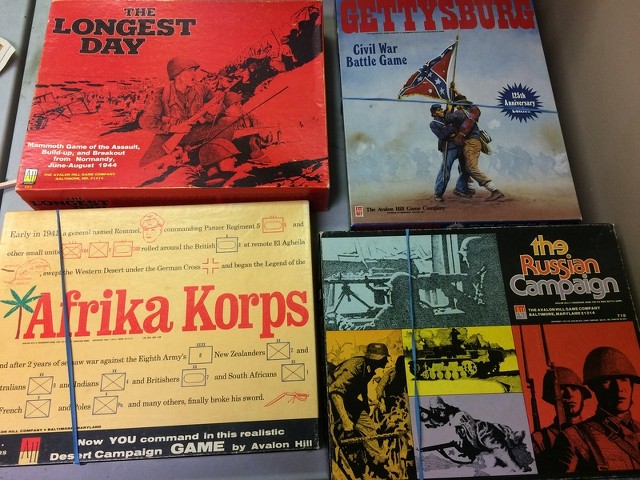 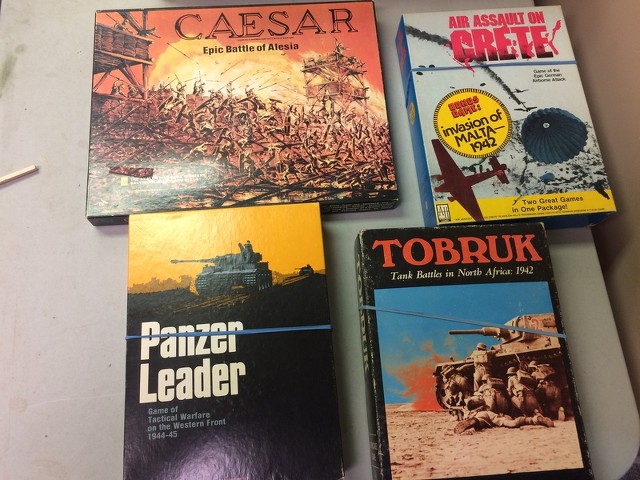 It me, reading rules.

Besides the AH titles, there were some happy surprises, including seven of Avalanche Press’ Panzer Grenadier series, which looks like an interesting tactical game in the vein of AH’s Squad Leader.   I hope to explore PG in the near future.

Currently on the gaming table is GMT’s game Churchill: The Struggle For Peace.   I’m playing i solo, as the Americans, and the other sides (USSR and Britain) are played by decision trees or “bots”.   The game is an interesting take on WW2, and certainly works as a history lesson, but not really sure yet whether it works as a game.   More to follow.    Also, my gaming friend James came by recently for a weekend of miniatures fun, in our ongoing OPERATION THUNDERING DICE series of irregular weekends, so I will have a report on that soon.

So it’s good to be back, I hope someone reads this, and I hope to be more active in the hobby again.

Blessings to your die rolls and paintbrushes,