Wings Over the Rockies: A Skiplane for the Pulp Project

There has been spasmodic activity in the Mad Padre’s Chapel since we entered this strange limbo of lockdown.  With more time on my hands, I’ve completed some projects, including this addition to my 1930s pulp project, the Rockies Ablaze.   Last summer I went into Wheels and Wings, a massive model store on Toronto’s Danforth Avenue, and told one of the staff that I wanted a “skiplane with a 1930s vibe in 1/48 scale.    Almost a year later, here’s what I ended up with. 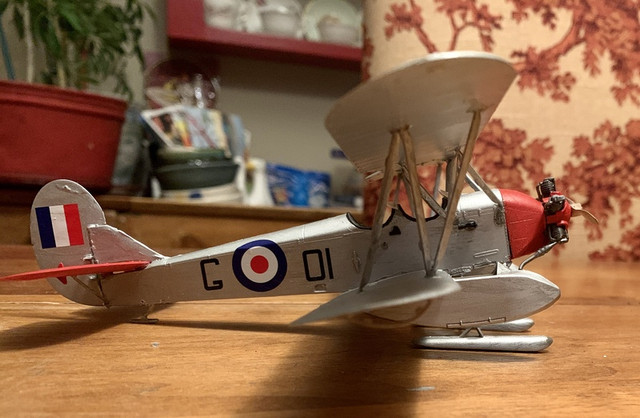 The model is a kit made in the Ukraine by ICM, a Soviet U-2 Polikarpov biplane with the undecarriage options for skis or wheels, and these crazy sidecars for evacuating wounded.  With some leftover decals from a 1/48 scale Airfix Spitfire kit, I thought it would do for an interwar plane in Canadian service. 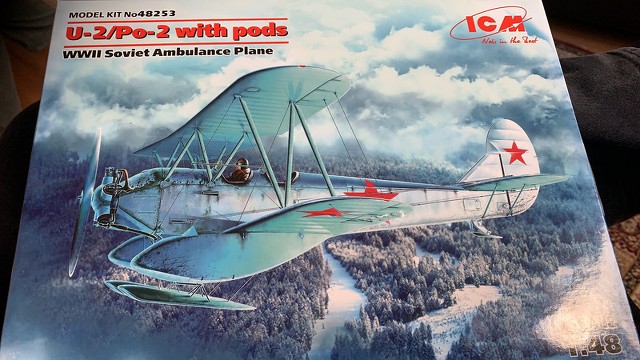 It was a very excited crowd that came out to Sarcee Field near Calgary to see the RCAF’s latest addition, the DH 32 Junco. 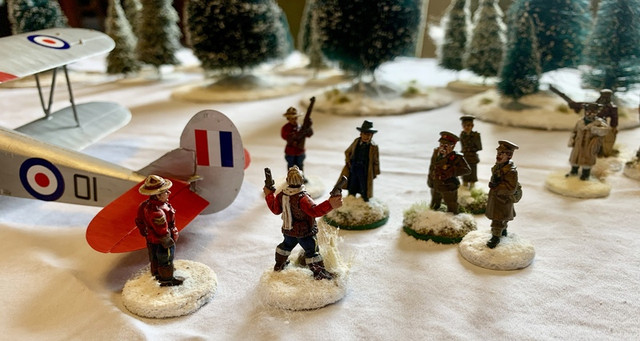 Representatives from the Alberta government, the Western Militia District, and the RCMP are on hand to see this new marvel, which its pilot says can land on any flat piece of ground the size of a hockey rink, all damned winter long. 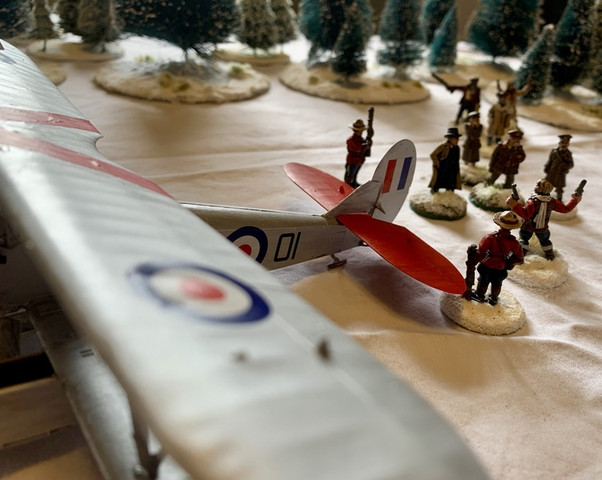 “Yessirree, she’s a treat to fly, and not so cold, if you know how to dress for it.”  Inspector McAllister has his own thoughts about spotting the many illegal trap lines in his district. 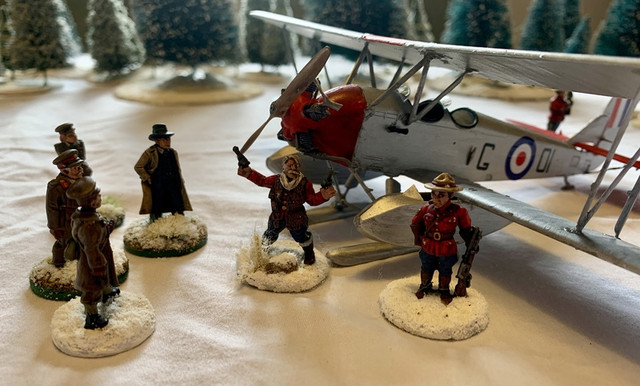 “Aerial reconnaissance!   That’s the thing we learned the hard way.  Invaluable at Vimy Ridge, let me tell you!”  General Millman’s driver smiles diplomatic and thinks to herself, “Not another bloody Vimy story." 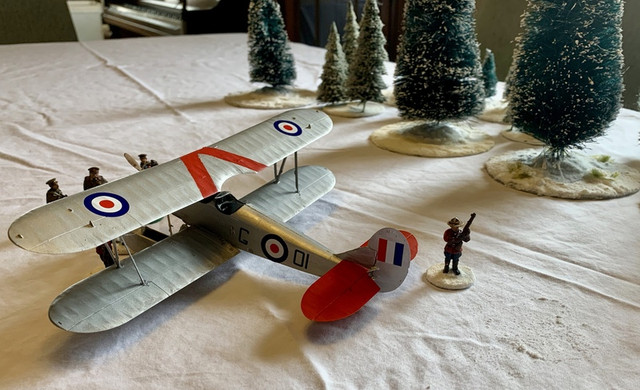 No one invited Fitz, Jacques and Leo to the airfield, but it’s not like there’s a fence around it or anything.  “I tell youse boys, dis plane dere will be the trouble” says Jacques.  The others spit tobacco on the snow in agreement. 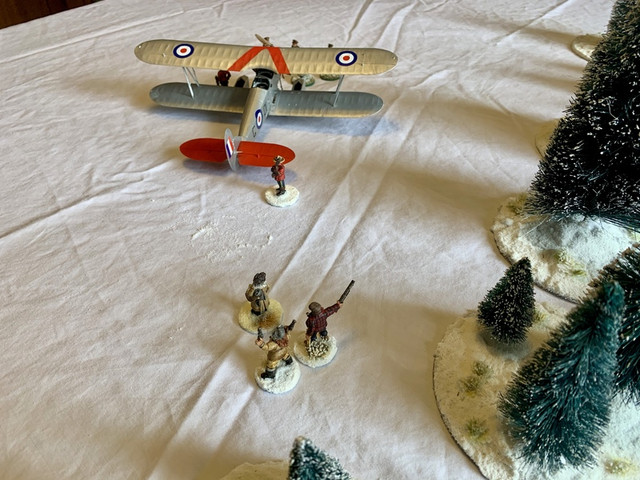 Be well and safe.