Slowly chipping away at my stock of Perry Brothers British Intervention Force figures ordered at the start of Covid.   I don’t think I’ve told the story of how I ordered a whack of figures very early into Covid, back in April.   By August I emailed PBros to report their non-arrival here in Canada (I’ve had good experiences pre-Covid getting prompt shipments from the UK to my town one hour N of Toronto).   PBros agreed they were likely lost and reshipped the order without question or extra charge.   Very classy.   Of course, the original shipment, postmarked May 4, arrived about a week after the re-shipment of the order, so I paid for the duplicate which was by then in transit.    Bonus me, I now have twice as large a pile of figures to paint.   So well done Perrys!

Royal Artillery gun crew with 12 pounder Armstrong.  I had a bit of a struggle assembling the gun, so it likes slightly wonky in the second photo. 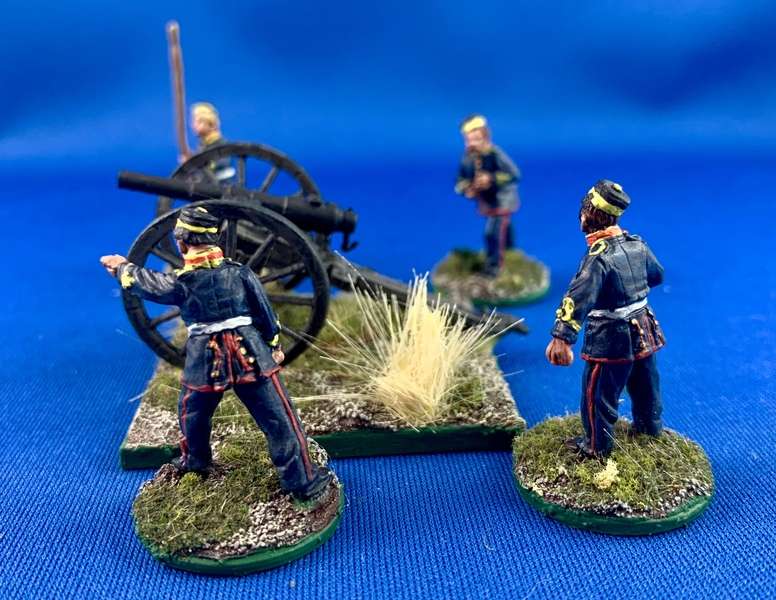 I don’t know much about the history or employment of this type of gun but I recall that in the old SPI monster game, Terrible Swift Sword, there was a Confederate battery equipped with Whitworths and it could hit anything on the map, so I am guessing that this thing has some range!   I suspect that it should be treated as similar to Union rifled artillery such as Parrott guns. 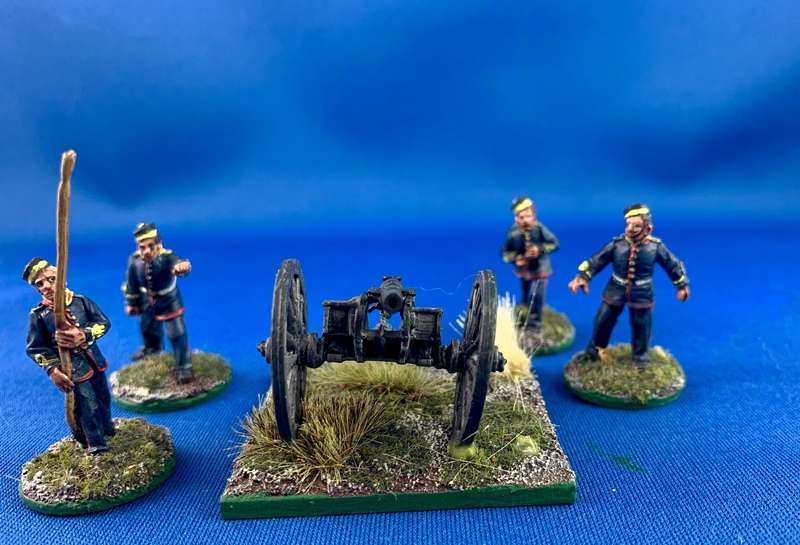 My source, the Osprey volume, Canadian Campaigns, 1860-1870, doesn’t show any artillery uniforms, but I did some googling and found the the uniforms of the time generally seemed to be dark blue with red trim, yellow cuffs, and yellow bands on the pillbox hats. 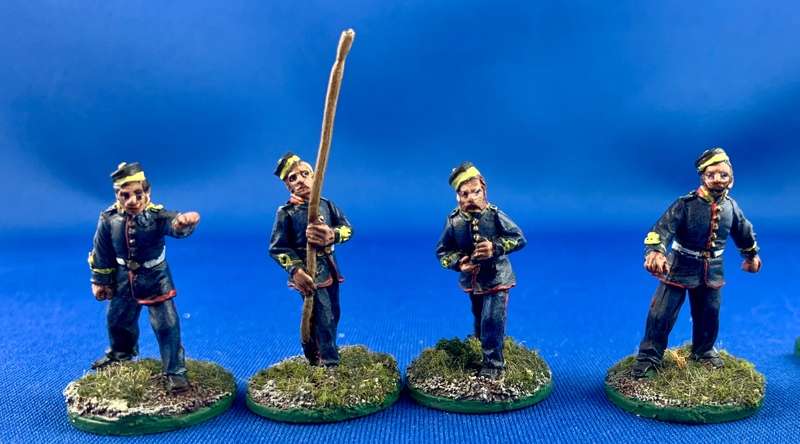 I always debate whether to just mount the figures on the base of the artillery piece so it looks realistic, but I always decide to bass them separately, in case I need to represent casualties in the battery or gun few, depending on the scale being played. 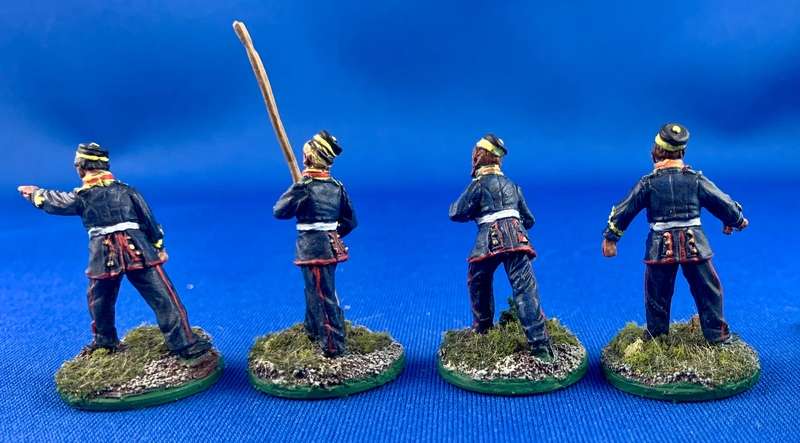 I have two more Perry Whitworths and crew to start, and am currently working on a large unit of Canadian volunteer cavalry, so I almost have enough figures finished for a small skirmish, which is always exciting when a project starts to come together.

Thanks for looking, be well, and blessings to your brushes!