It was only six (!!) years ago here that I posted some musings here on what the American Civil War might have become had the British intervened as a result of the Trent Affair or some subsequent provocation in an alternate history timeline.  Six years goes by quickly, much more quickly than I work, apparently, but here are the first fruits of that project.

These figures are Canadian militia from the Perry Brothers’ British Intervention range: BIF 11 (Command Group) and BIF 12 (infantry skirmish/firing line).   They wear the 1863 tunic and the 1855 shako.  I had an Osprey book on the Victorian British army in Canada on order, but as it went missing in the post (I’ve had bad luck with book orders during the pandemic), I went with the figures as shown on the Perrys’ website. 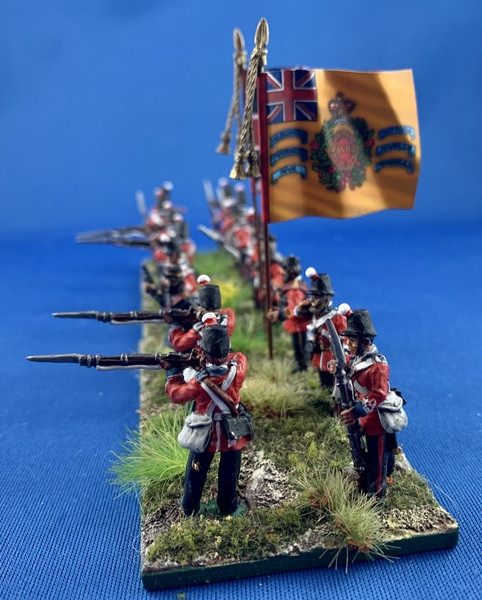 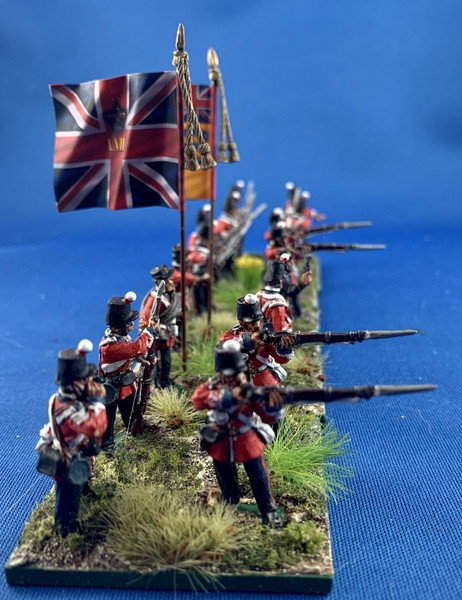 Flags were a problem as I did not have any information as to what Canadian militia flags looked like, so I took the path of least resistance and ordered a set of British regimental flags from Adolfo Ramos in Spain.    Considering the speed at which I paint, I wasn’t too worried about the time i would take for the mail from Europe.   Adolfo does brilliant work.   I ordered the presentation version of his flags, so they come mounted with painted flag staff and tassels, ready to mount.    Absolutely brilliant work.    These particular flags are of the 57th Regiment of Foot, from Adolfo’s Crimean War range, which are close enough for my liking. 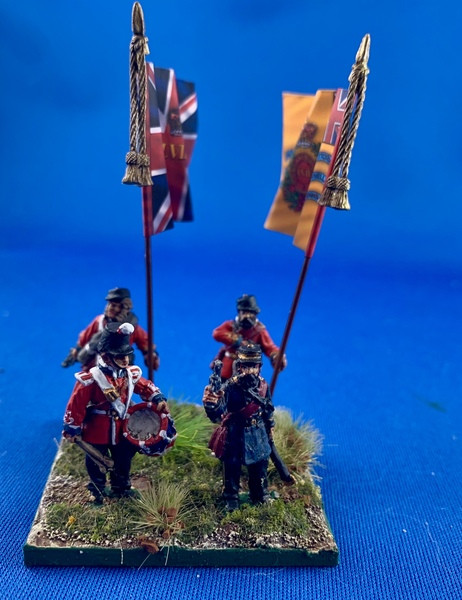 I confess I did no absolutely no shading on the red tunics.  I didn’t restock my Citadel red wash before the pandemic hit, so I just used straight Army Painter scarlet, and I was quite happy with the look. 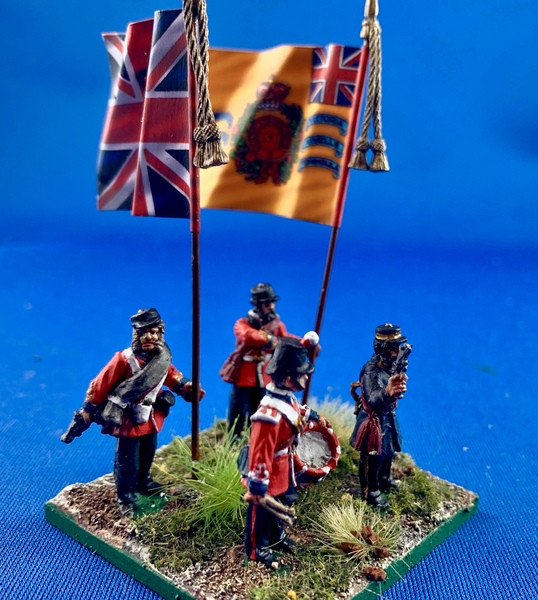 Bit of a vignette for one of the bases, as the NCO tries to get the firing line into shape. 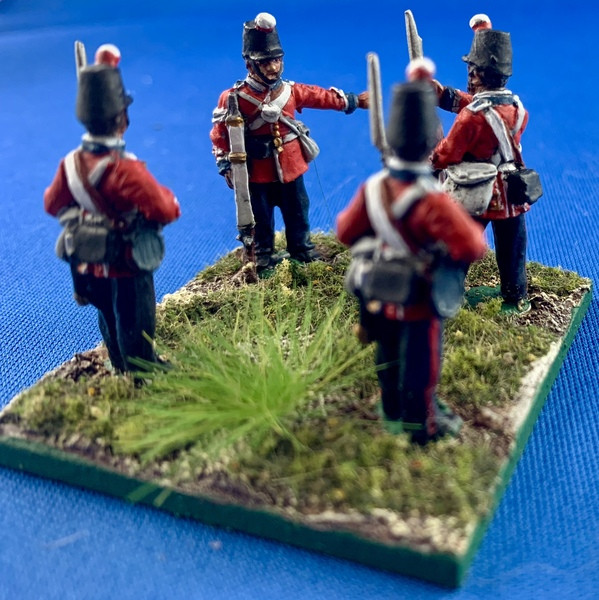 I have several more British and Canadian regiments to paint, and some Canadian militia cavalry and two sections of Royal Artillery with 12 lb Whitworths on order, so at some point I should have enough redcoats to go up against a small brigade of Yanks, or maybe some skirmish actions using Sharpe Practice.  To keep my interest, I followed a friend’s recommendation to read the Britannia’s Fist series by Peter Tsouras, which imagines a British entry into the Civil War in 1863.   I’ve read the first novel, and found Tsouras to be a wooden sort of writer, but it is interesting.    The campaigns I envision, perhaps entering on Halifax or the old battlegrounds of 1812, will be much smaller than the grand campaigns that Tsouras imagines.

In the meantime, blesses to your brushes!