Behind the Scenes at Canada's War Museum

My brother the Mad Colonel has the best volunteer gig ever.  Now that he’s finally retired, he spends much of his time helping out in the workshop at the Canadian War Museum in Ottawa, which is always worth a visit if you’re in that fair city (foreigners be advised to avoid visiting in winter).
The other day he sent me this shot of the Museum’s manned V1 rocket, currently in the workshop for repainting.    He also included the caption below. 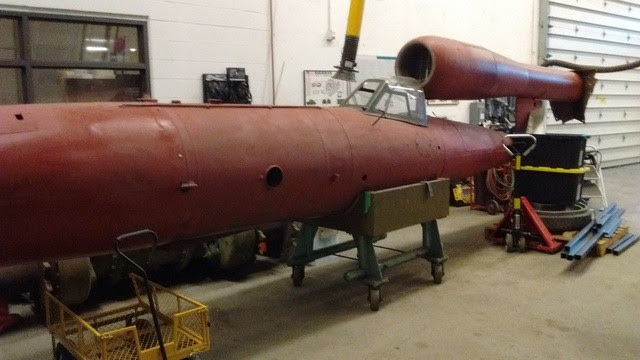 "The manned V1 is one of six in existence - this one was selected and sent back to Canada by Capt Farley Mowat.  There were some 130 constructed in Germany but finding pilots was problematic.  Only 17 actually signed up and had to sign a declaration that their service would result in their deaths.  The first two manned rockets that were flown on test flights resulted in the pilots being killed. The pilot of the third flight was Hanna Reitsch, Hitler's private pilot.  She actually landed the beast and announced that the issue with the first two flights was in the gyroscope.”

He also sent me this photo of five vehicles from different eras visible in the workshop. 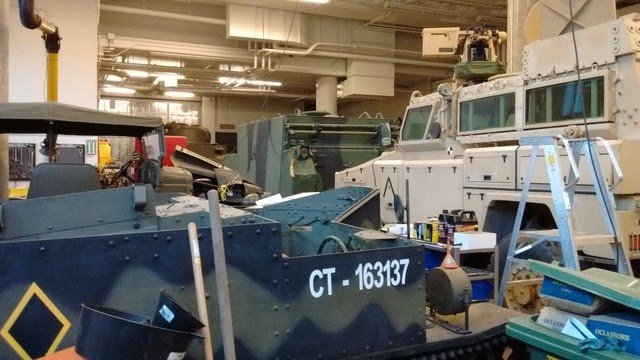 Bonus points if you can identify them all. I got two right and a third close.
Cheers and blessings,
MP+
Posted by Mad Padre at 2:32 AM