Here are two German officers for my Weird War Two project.  Both are Black Tree Miniatures, from their WW9034 Wehrmacht Officers set.  I’ve never painted any BTD figures before.  I can’t say I’m overly fond of them, but the price on these two chaps was certainly right.    The nasty looking fellow on the right, who is either grimacing or laughing, will be a senior Wehrmacht general, with a set of nefarious plans in the black briefcase under left arm 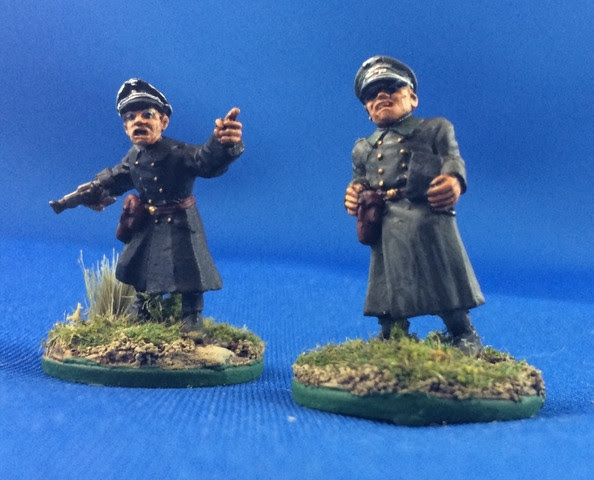 There was a bit of a disaster with briefcase guy, as when I had almost finished him I realized I didn’t like the way he was listing to one side and was trying to push the figure a little more upright and he snapped clean off at the ankles.  Some superglue was required.   I think he is sculpted this way, but he looks like he’s a little tipsy. 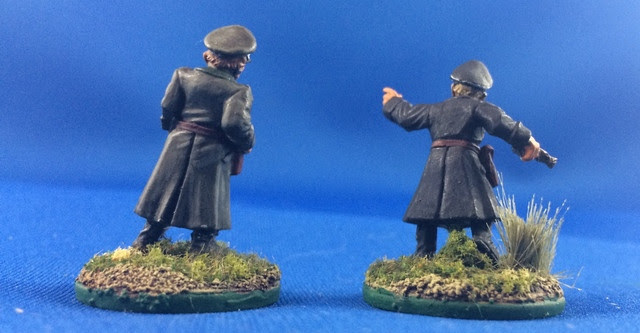 I painted the fellow in the pistol in black.  He’ll be a useful officer for my Bob Murch Pulp Figures SS Guards set. 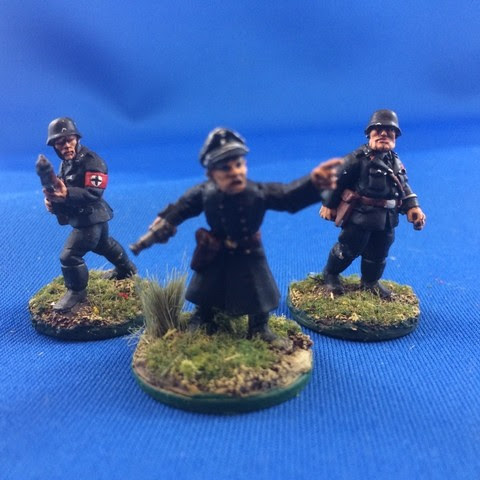 The General goes well with my recently finished Artizan sculpts.   I suspect he will be playing a very crooked game, double crossing the Heer and the carious occult branches of the SS.  Perhaps that’s why he has that evil grin. 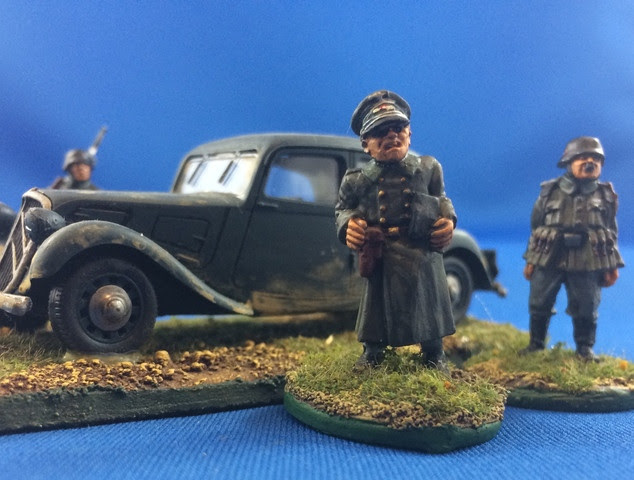 Blessings to your brushes!
MP+
Posted by Mad Padre at 7:31 PM