My Own Ring Cycle

So as you’ve seen in some recent posts, much of my painting focus and output lately has been from the GW Lord of the Rings range.   I’m not especially wedded to this particular range, though it was rather exciting when it launched a decade or so ago riding the coattails of the SPJ movies.   I realize there are lots of other fantasy or dark ages figures out there which could stand in quite effectively for Tolkienesque armies, and that is probably a subject for another post.

While I first bought into the GW range as a way of getting my young teens into gaming, truth told I had visions of fielding large armies of doughty Men and fell Orcs since I was myself a kid and my older brother bought me some figures from the old Minifigs range of not-quite Tolkien figures, called Mythical Earth.  Some of these figures are preserved here. They don’t look like much now, but back then they inspired my young self to spend many hours poring over their mimeographed catalogue imagining huge battles.   Now those huge battles are possible   But what set of rules to play?     I have some options.

I have decided, rather sensibly, not to bother with the GW rules, rather laughably called the “Lord of the Rings Strategy Battle Game”.   So what are my options?

Published I think in 2009 by GW as their attempt to get LOTR players to buy lots of their figures to fight big battles.   I bought these rules at full price when they came out, but never had enough figures painted to really try them.   IN the last few years I’ve seen a few copies in the fantasy/SF section of used book stores, so I don’t know what sort of following these rules have now. 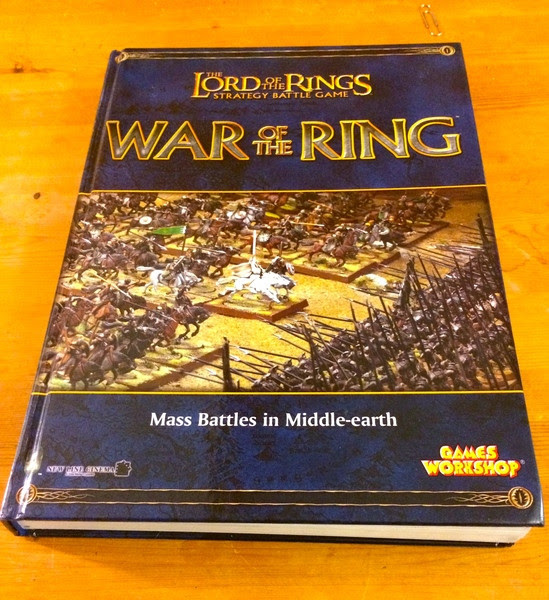 A big book, though over half of it is composed of army lists, scenarios and painting tips.   The rules, in so far as I’ve read them, require movement trays.  GW made some of these trays (2 cavalry and 8 infantry per stand) but I don’t think they’re still in production.   So a big book, and very attractive, but I have no idea what the rules are like. 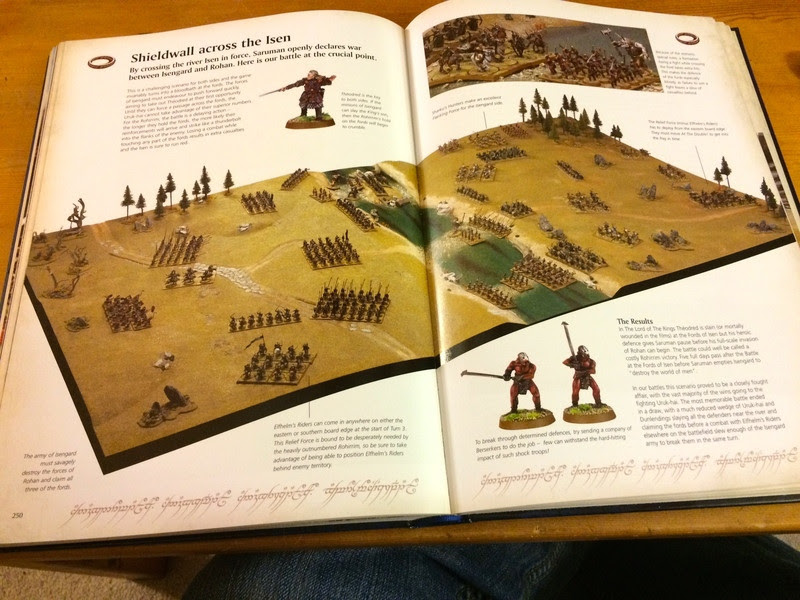 The second option is a fantasy variant for Osprey’s medieval rules, Lion Rampant.  I came across them when I was lucky enough to find WSS Issue 79 (two issues back now, I think) in my local chapters. 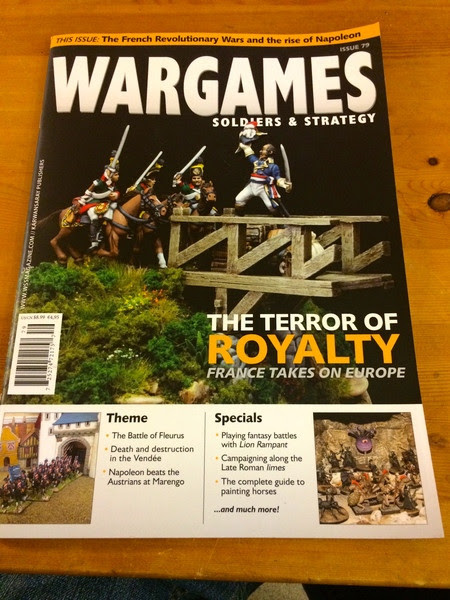 This fantasy variant is written by LR’s author, Dan Mersey.  It looks quite simple, converting the medieval troop types of LR into fantasy equivalents, so for example Foot Serjeants become armoured orcs (e.g. Saruman’s Uruk Hai).   I bought the Lion Rampant rules for my Kindle, though I’ve never tried them. 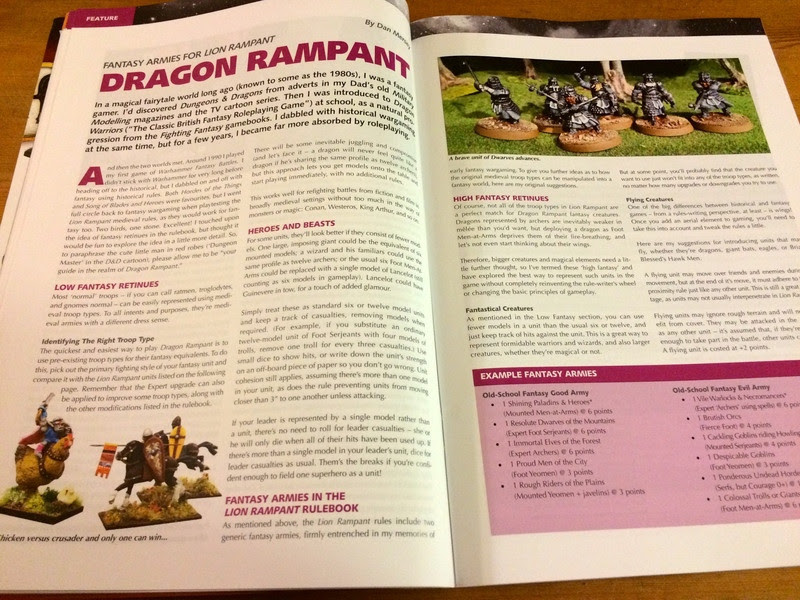 When Richard Clarke of Too Fat Lardies published his Dark Ages rules a few years ago, I don’t think he had Middle Earth in mind.  These rules follow the card-driven system used by many TFL rules.  I took advantage of TFL’s October sale to buy a set of these rules. 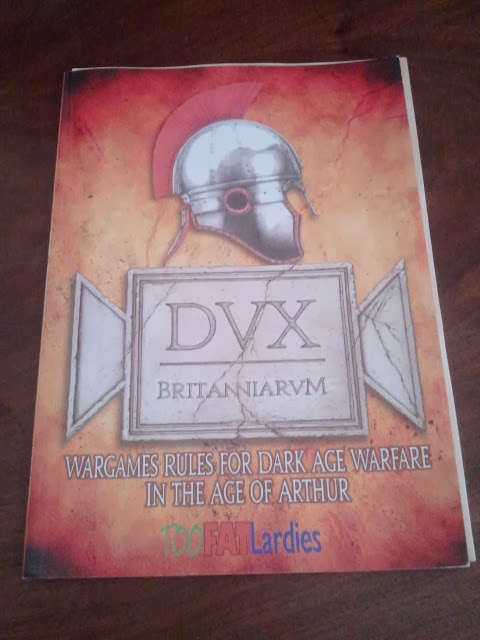 Fortunately the ingenious and slightly mad modern day Viking and gaming magpie Thomas Nissvik has written his own adaptation of these rules, Dux Gondorum, aka Dux Rohirrim, or Lard of the Rings, and Thomas has kindly sent me a copy.  Now that I have the Lardy rules, I’m in a position to try Thomas’ adaptation.   Today we exchanged emails and Thomas threw down the gauntlet Let us have a small competition about who will be the first to give the rules a go and report on the blog”.

Thomas, my friend, you’re on.