My first game of 2014 was the oldest wargame of all, a game of chess fought with my godson Brendan, whom I've bragged on here before.  The game actually took two years to play, because we started it on New Year's Eve and finished it the next day.  For a little chap of almost nine years old, he is good.  I had to use all of my leetle grey cells to pull off a win.   I predict a bright future for Brendan. 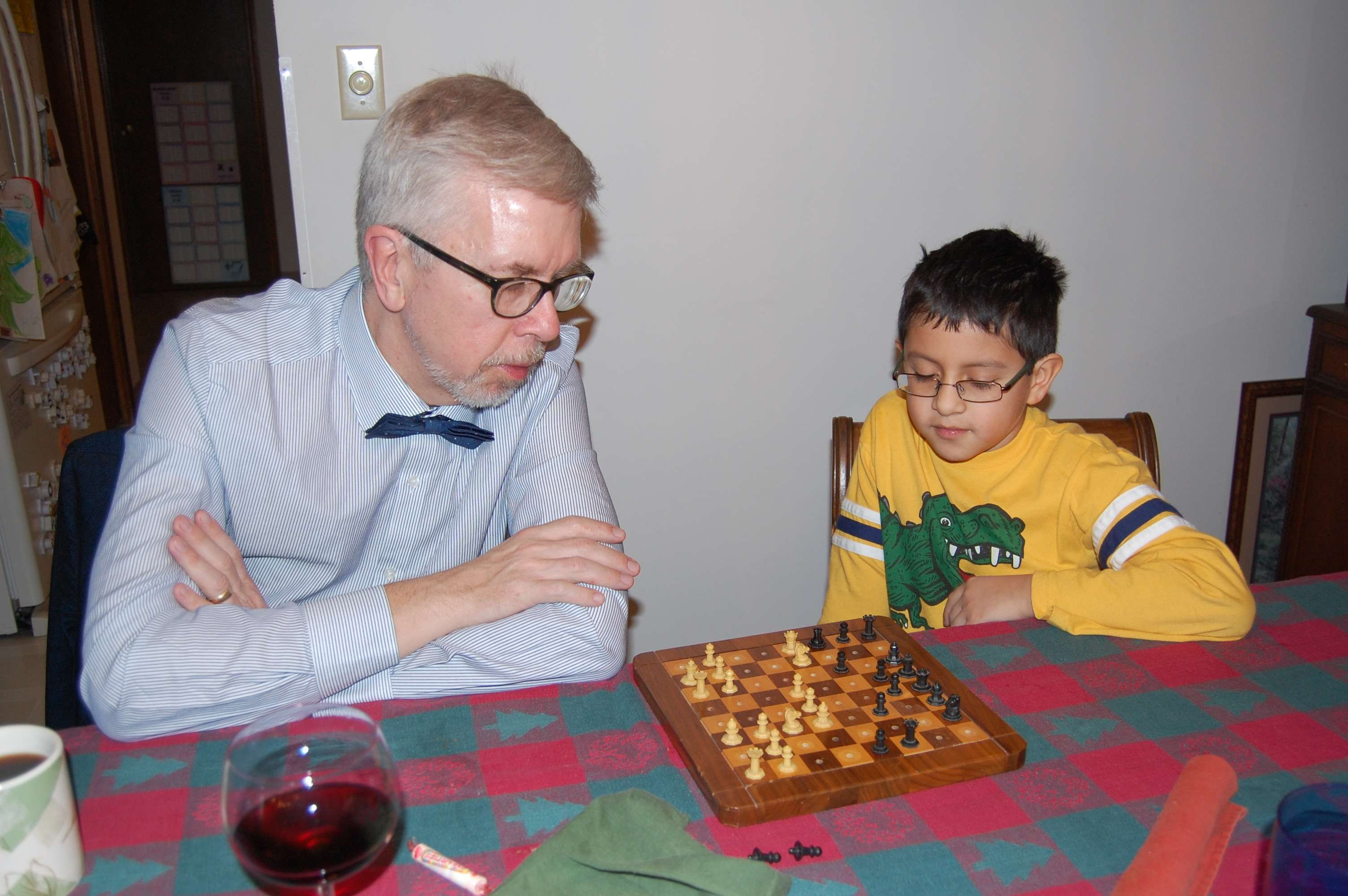 These figures were finished before the turn of the new year, but because they are getting blogged in 2014, I'm going to count them in this year's total.   Here are the other two Wargames Foundry Russian staff officers.

Here Major General Arkady Renko receives a report from an officer of Pandours.   The Pandour figure has been sitting around in my spares box for years, waiting for honest employment, and I think he fleshes out the vignette rather nicely. 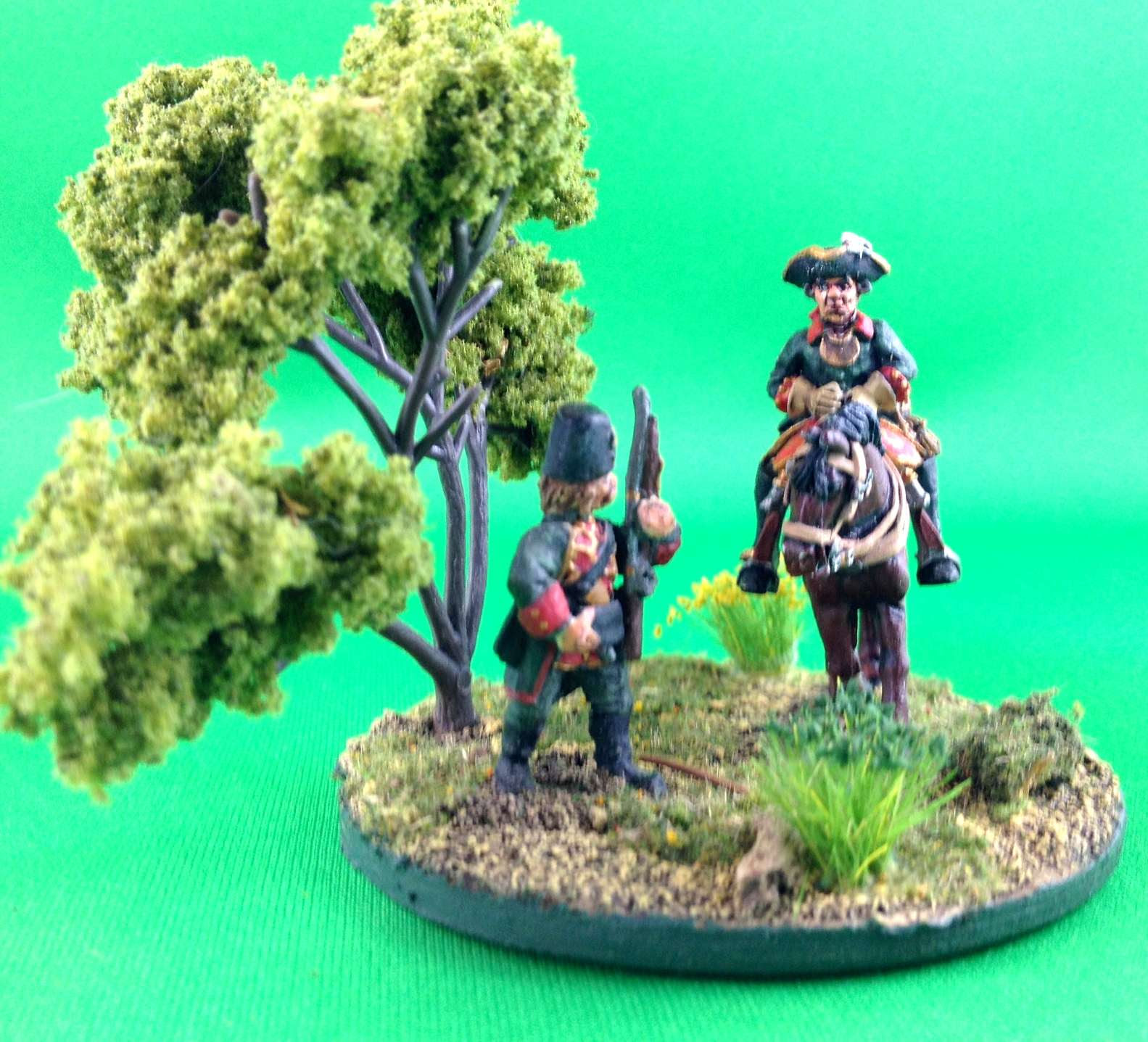 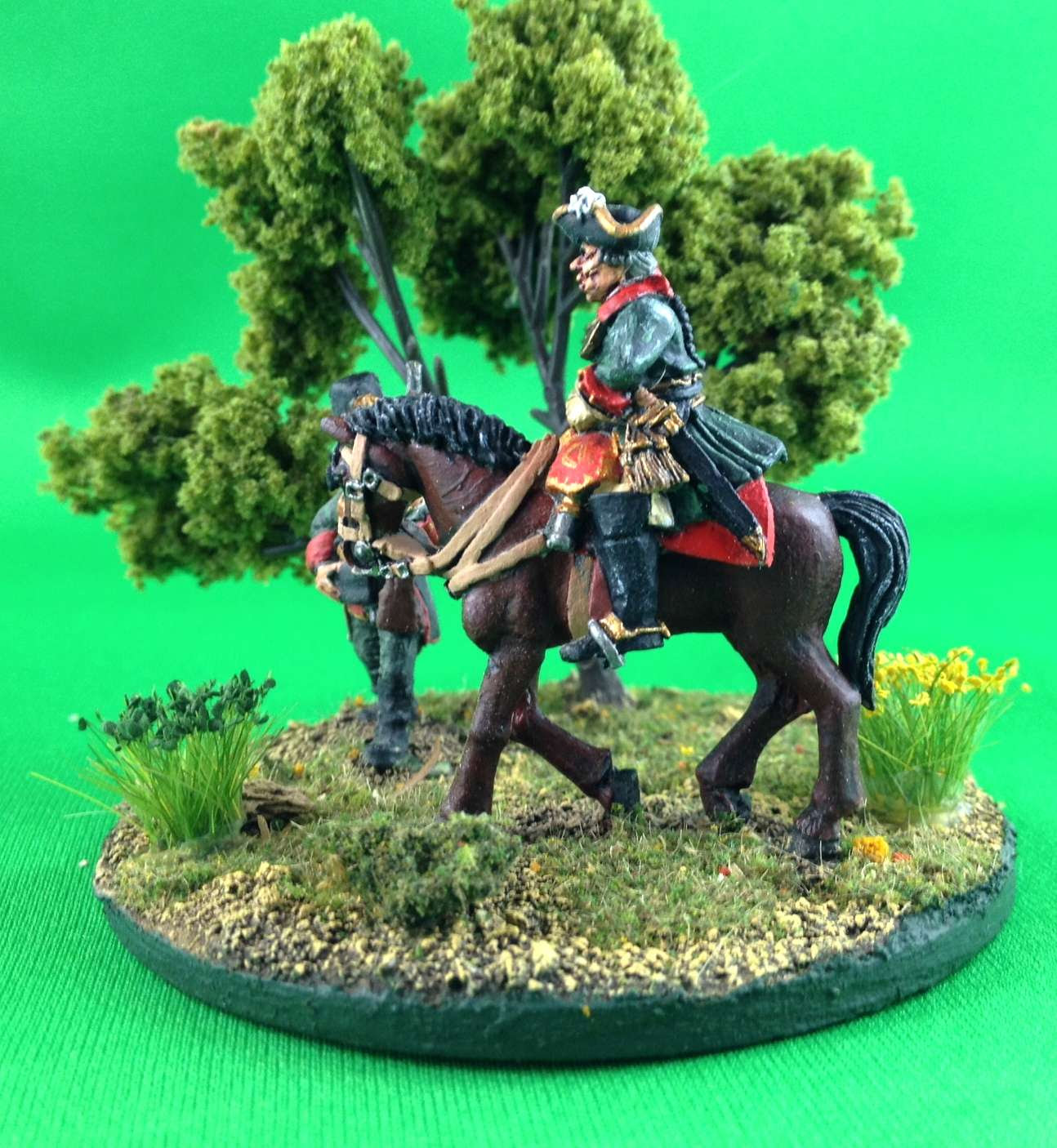 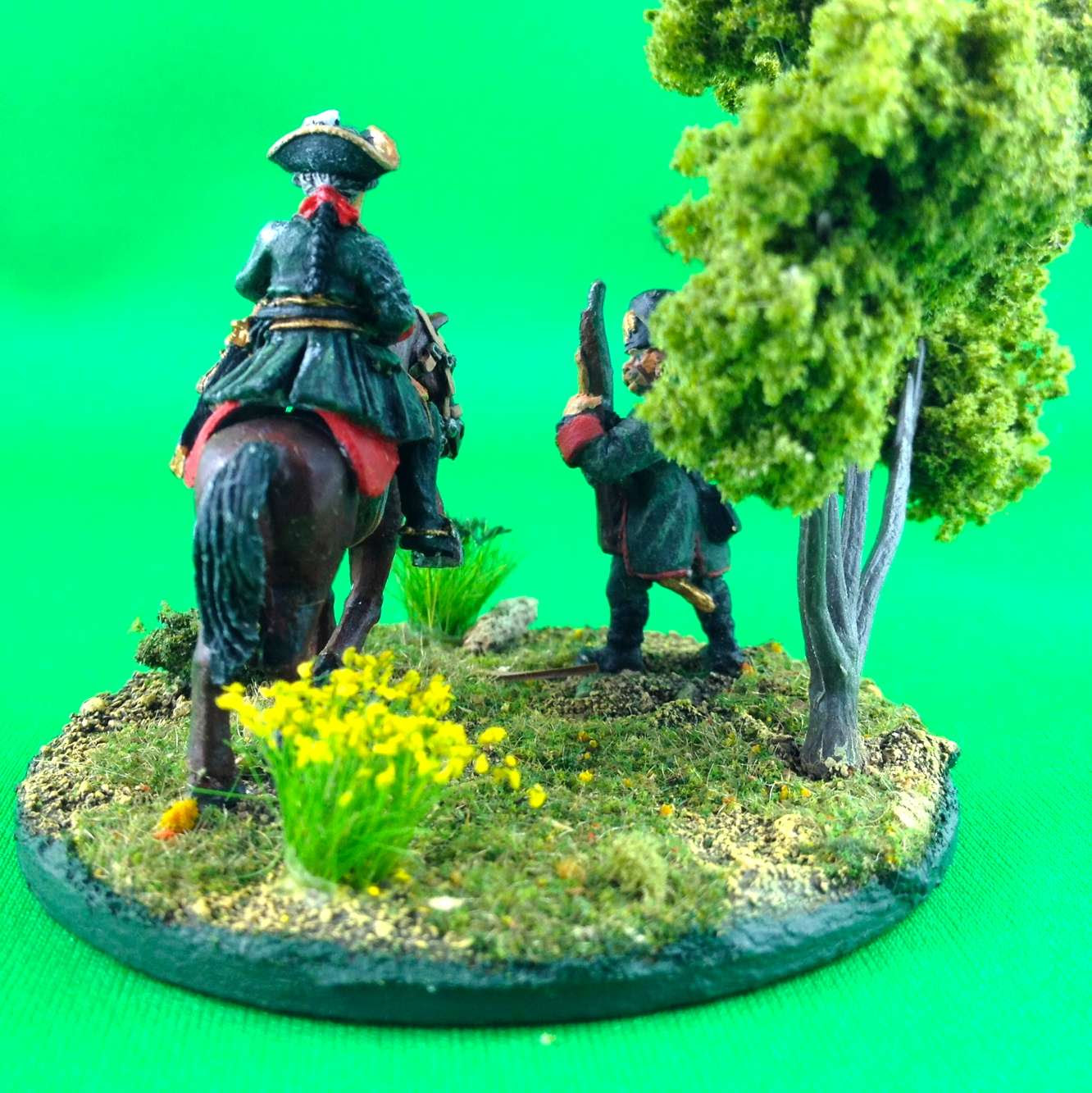 Colonel Fyodor Korolenko, a dragoon officer, who will be my cavalry commander.  For now all he has to command is an unruly regiment of hussars, but I am hoping that some dragoons and cuirassiers will be in the procurement pipeline in 2014. 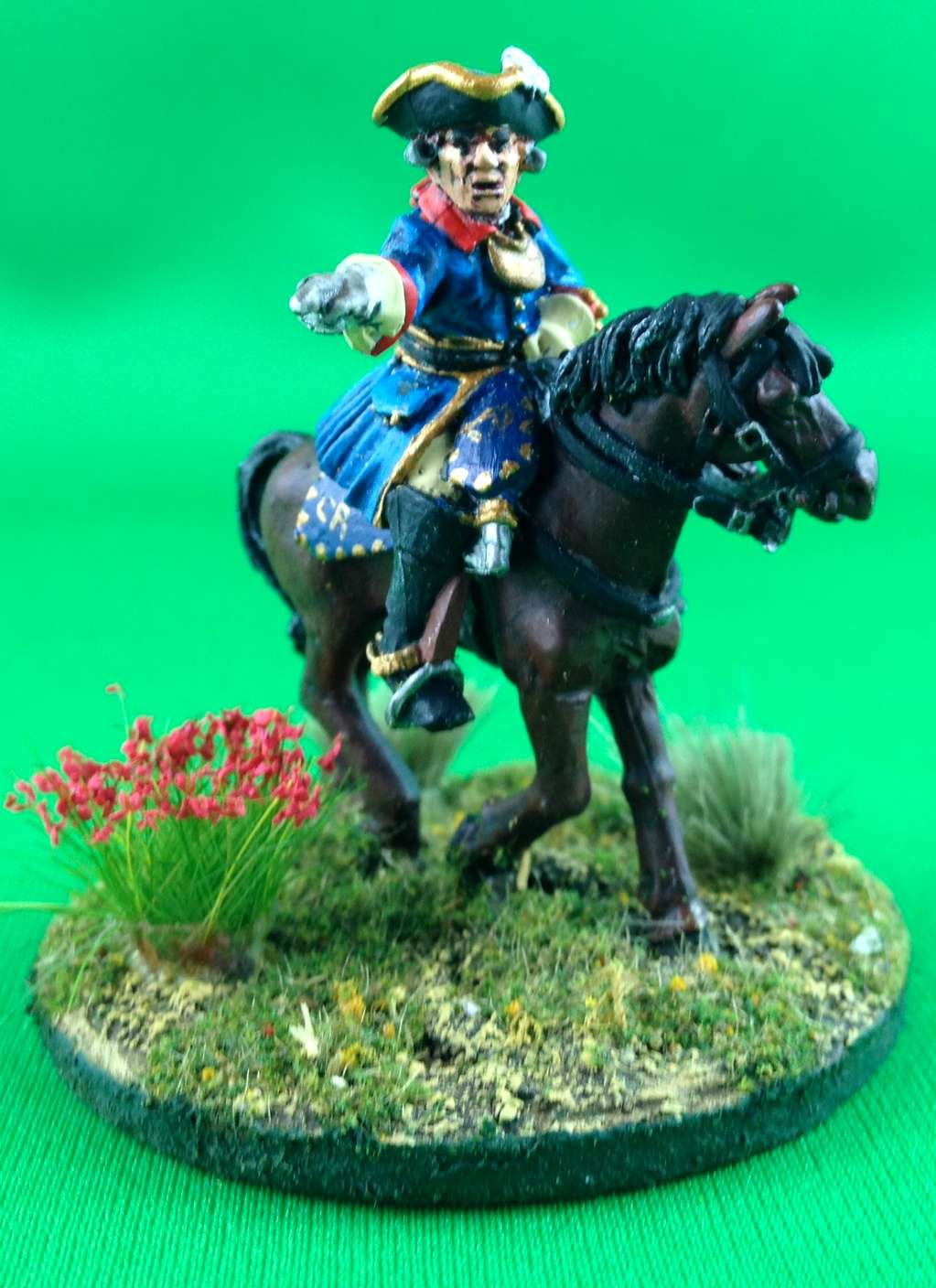 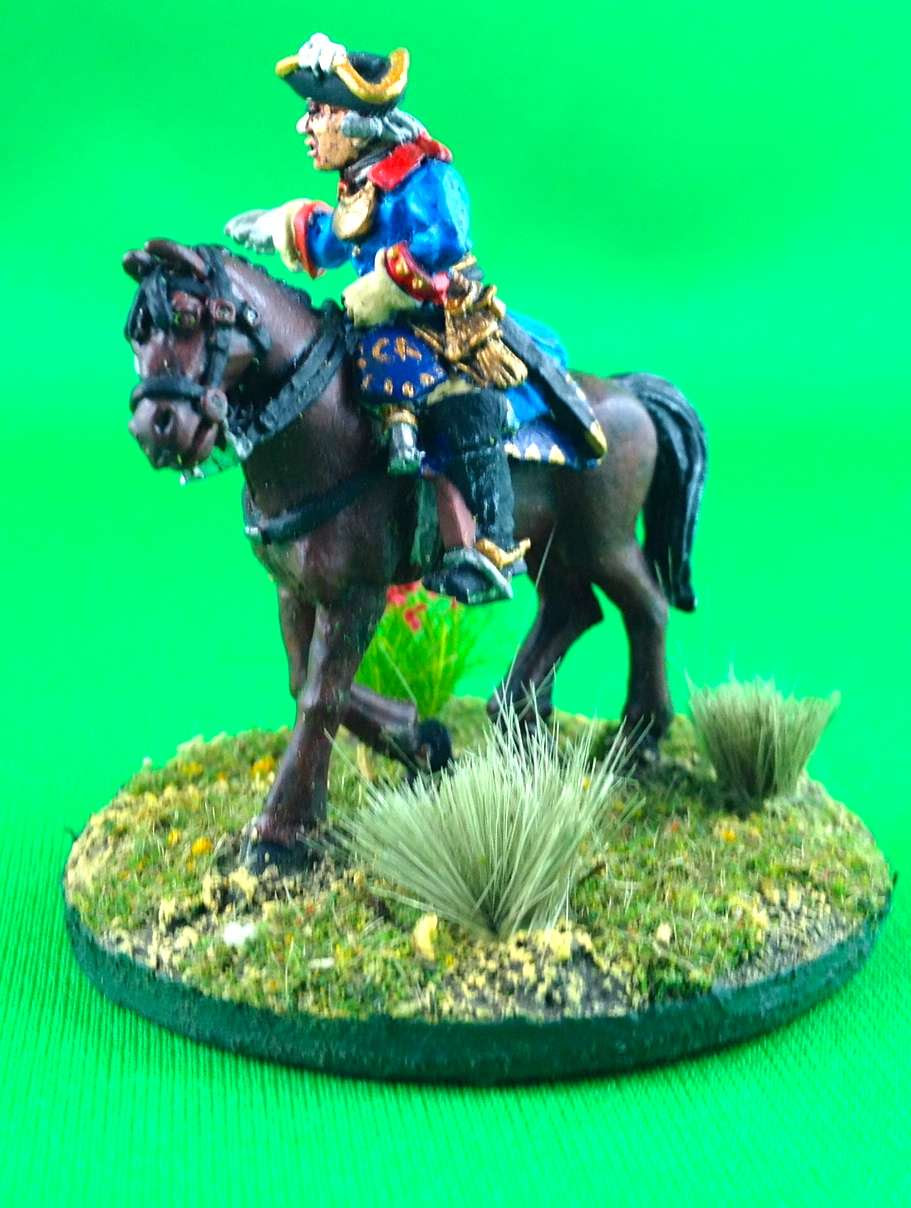 I am very fond of the Wargames Foundry ranges.  For many years Front Rank was my go-to line for SYW figures, but I like what Foundry does and have some more chaps on order, some Prussian infantry and some scruffy Russian hussar types.

Does anyone have some suggestions for other manufacturers of 28mm SYW Russian and Prussian figures?

Cheers and thanks for looking,