About a year ago I was blogging about a Weird War Two project that captured my crazed imagination.   As part of that project, I mentioned that I was agonizing about whether or not to paint swastikas on some newly purchased figures from Bob Murch’s Pulp Figures line.  That dilemma, and the rest of the figures, got shelved for a long time, but was finally resolved when I finished and based these chaps over the holidays.  On the suggestion of Panzer Kaput,  I opted for a simple cross, since I can’t abide painting a swastika and I think, had I painted them, it would make the images illegal in Germany, or so I recall from the Lead Adventurers Forum.  Seeing as I am blogging them now, I will count them towards my 2014 totals.

So here we have four menacing chaps with machine pistols. 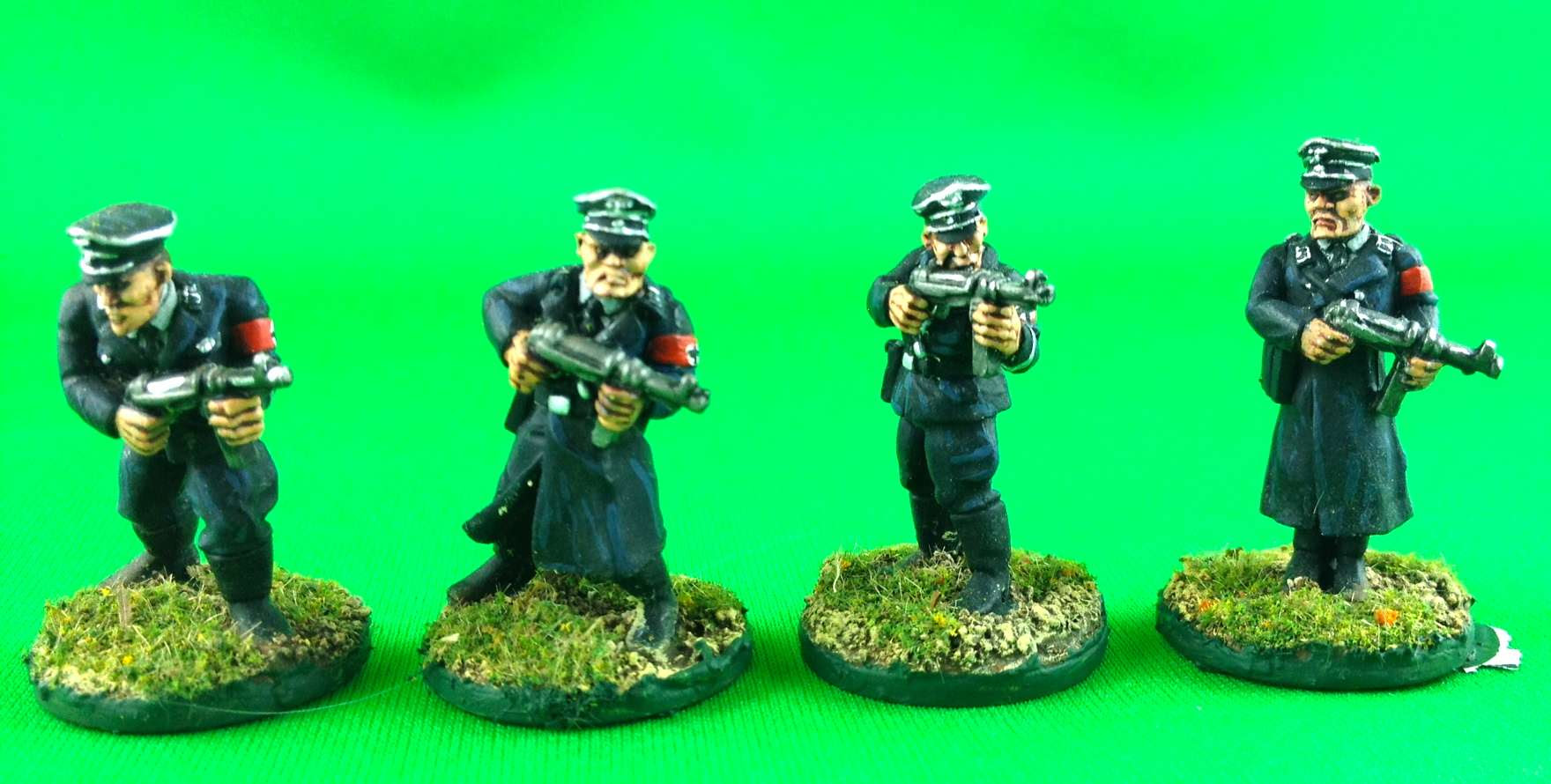 Two officers who are painted as vampires in the service of the sinister and shadowy SS Gruppenfuhrer Strasser.  They don’t need weapons.  Those red eyes have hypnotic powers and are just generally creepy. 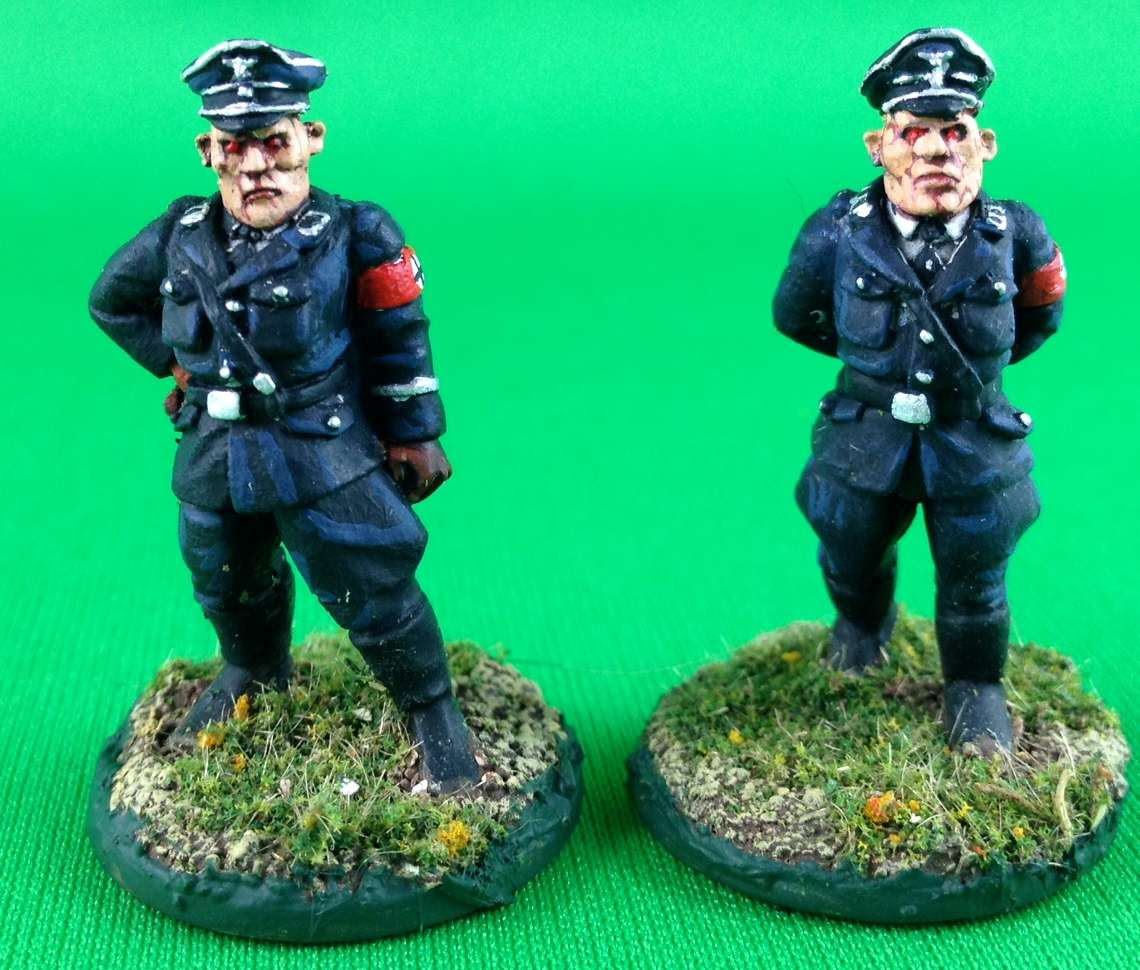 Sinister fellows with Lugers.  I especially like the fellow on the left with the matinee idol hair. 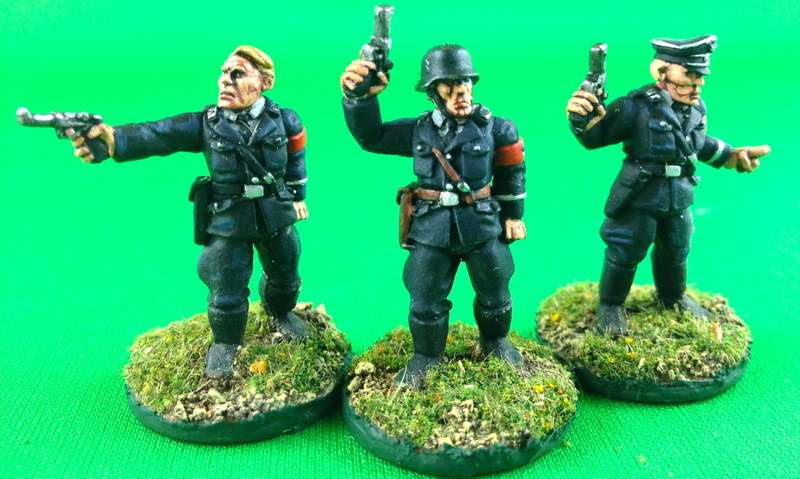 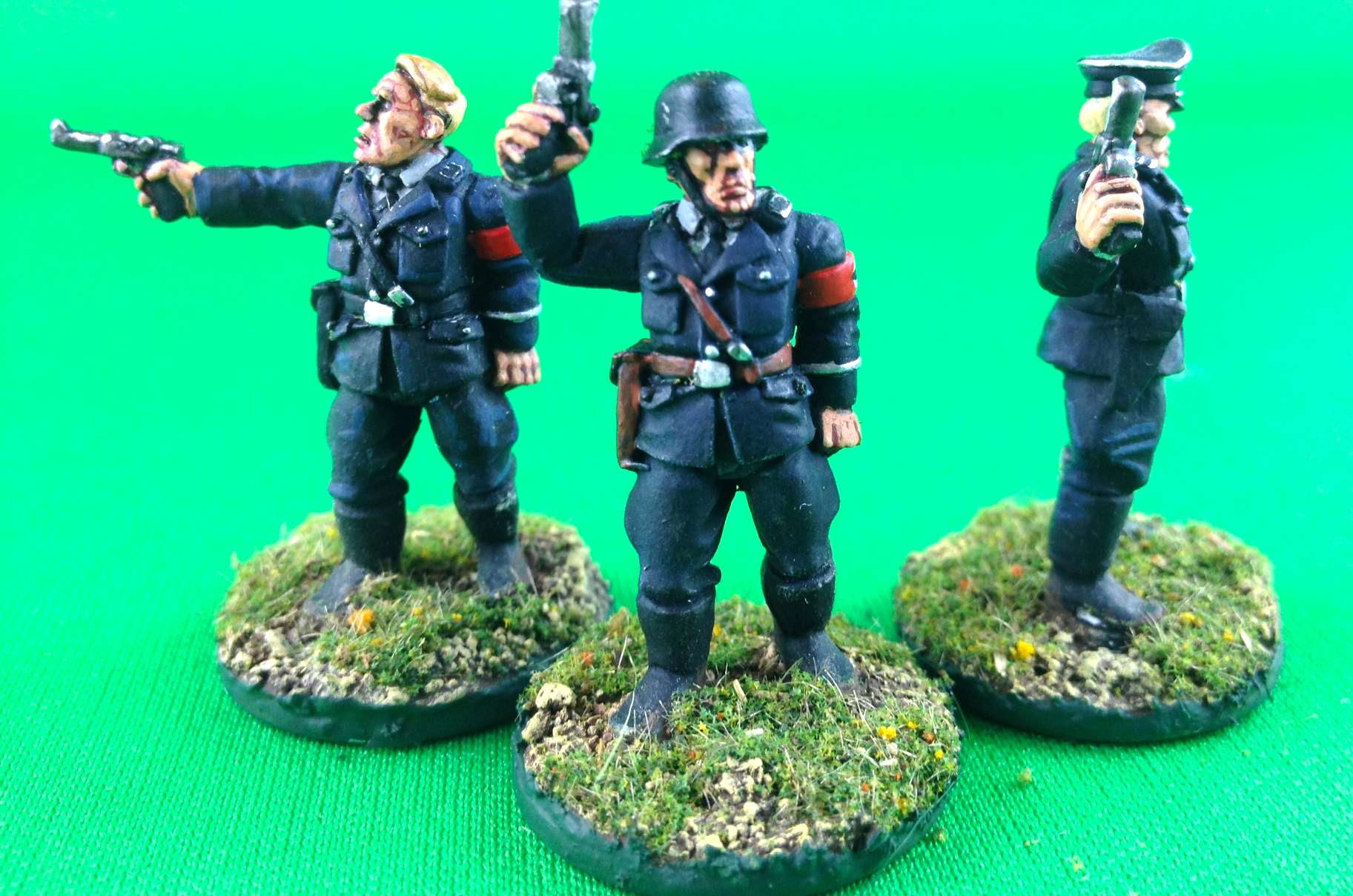 Finally, Herr Klopp of the Gestapo, Count Strasser’s link with those upper echelons of the Nazi Party under his sway - wheels within wheels and all that.   His attache contains another bundle of cash diverted from the Reich’s coffers for Strasser’s secret projects. 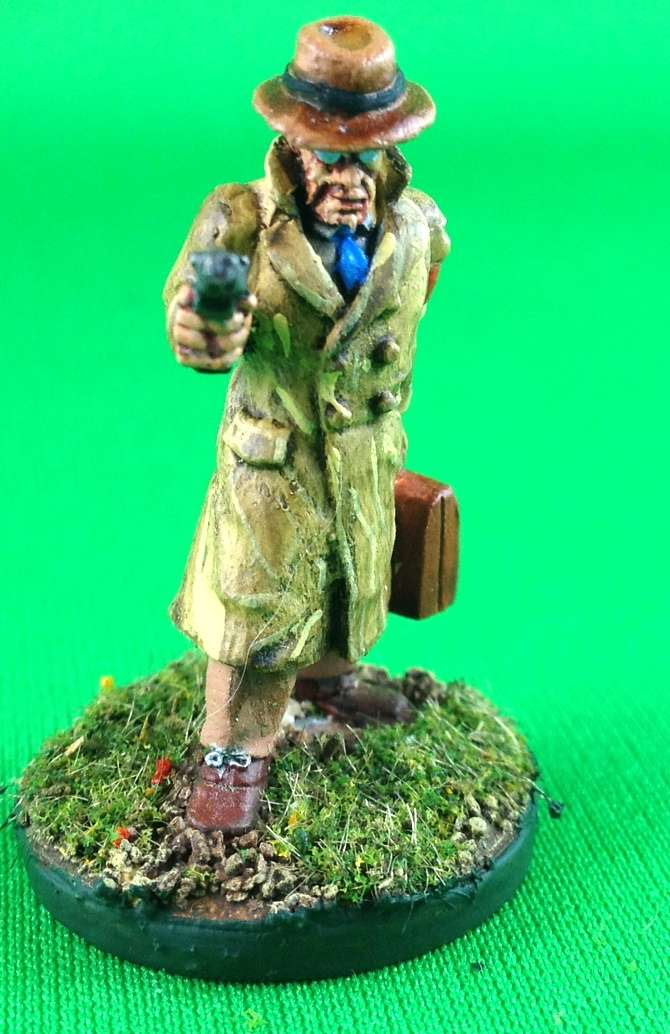 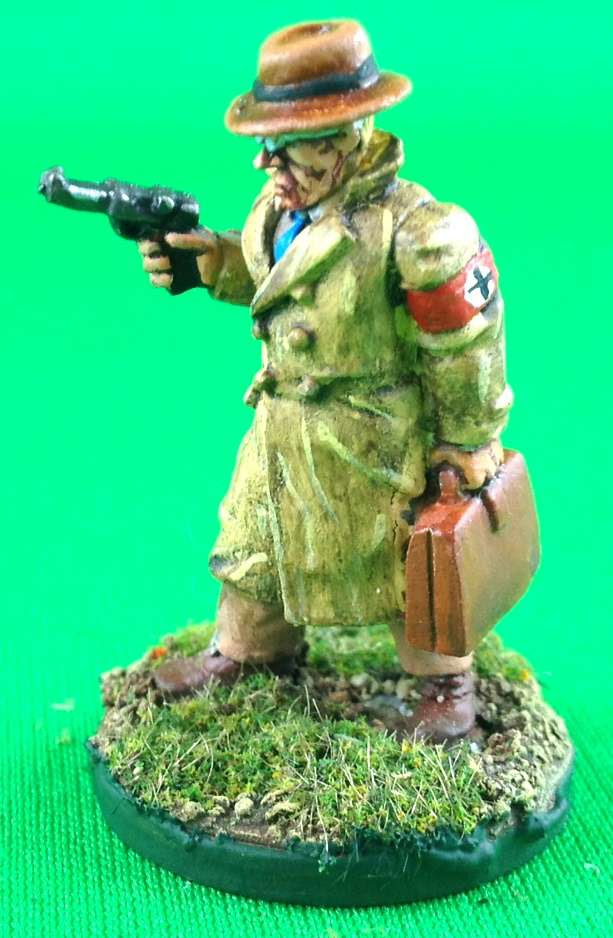 The more I paint of Bob Murch’s figures, the more I like them.  Getting these guys finished has given me fresh energy to revisit my Weird War Two project.  I have a few more Nasty Nazis in the pipeline - more werewolves who will be part of another renegade Nazi organization, a rival to the SS Vampyr Boys, and a box of Warlord UK Commandoes.   Slow steps.  I am still not sure how I will get these fellows on the gaming table.  I need to revisit the Savage Worlds rules and take them for a test drive.

Thanks for looking.  Cheers and blessings to your brushes,