It’s always a struggle for me to allot my painting time to figures vice terrain, but as my friend Mr Hot Lead (formerly the artist known as Rabbit Man) likes to say, any time invested in making the war-games table look better is time well spent.  Thus, I’m starting a new blog feature designed to motivate me to better efforts, so every week on Tuesday I’ll post some piece of terrain that I’ve either finished or am working on, and you, dear readers, can help keep me accountable to this goal.  I hope you’re ok with this weighty responsibility I’ve dumped on your shoulders.

To start this feature, here’s a resin command post from Battlefront that was included in a British WW2 mid-war rifle company set, back when BF made metal figures.   Since the new TFL/Reisswitz Press rules O-Group place a large emphasis on command and control at the battalion level, it seemed worth moving this piece into the painting queue. 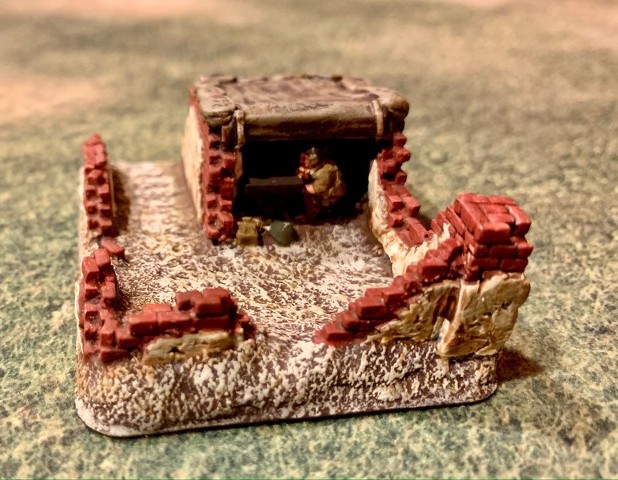 Not much more to say, really.  It will work for any setting in Europe, but I’ve dry-brushed the ground to suggest lots of dust, making it appropriate for my Sicily 1943 project.    I’ve pained the half-profile signaller in Vallejo British Uniform since it is supposed to be a British HQ - now I need something like this for the Germans/Italians. 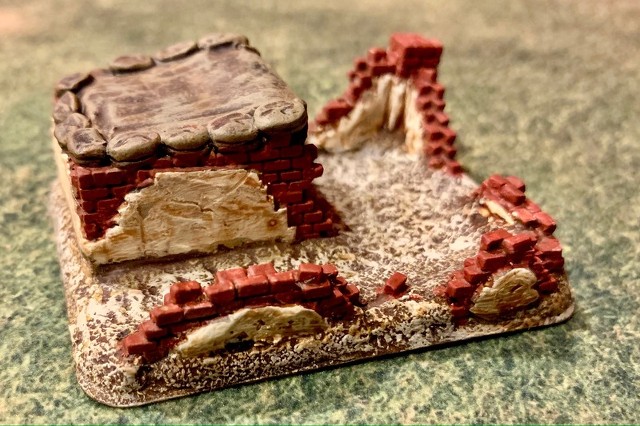 Speaking of terrain, I’m still shaking my head at the quality of work displayed in this video from @Joe_Wargamer, it’s stunning and clever.    I may try something like it the next time I buy some MDF buildings.

Blessings to your tabletops!