In Praise of Paper (Terrain) 2 - Basing the Buildings

It’s me to preach the gospel of paper again, and specifically to illustrate the basing technique that I use for Paper Terrain products.   With these three 15mm Russian village buildings (including the one odd man out, the MDF building in the righ foreground) I put two paper buildings (plus a small woodshed/outspace) on a single base to represent either a farm or an entire village, depending on the scale of the game (platoon vs battalion).

Here @MarshalLuigi, having inspected the village and found it acceptable, demonstrates correct roadblock and delaying action procedure.   The road to Moscow is secure for now.  There may be too many trees on that backdrop for the steppes! 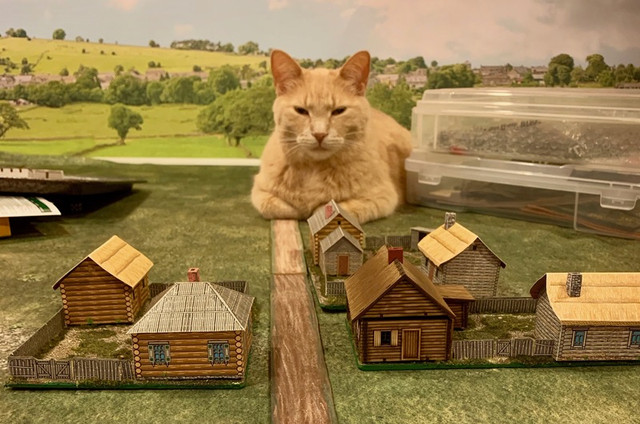 Here is the village of Paperskoye almost complete, just a few more buildings to base. 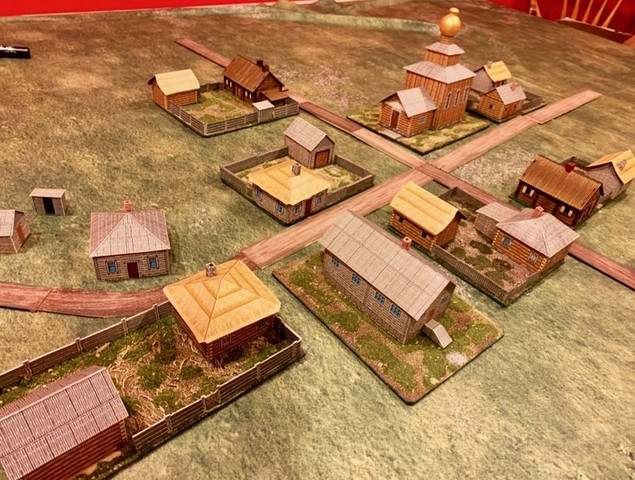 I use a numbering system to help me remember which buildings go on which bases.   I thought about gluing the ruined interior shells to the bases, but decided against it.  Having the bases in one tote and the paper buildings in another makes for safer storage and transport, I find. 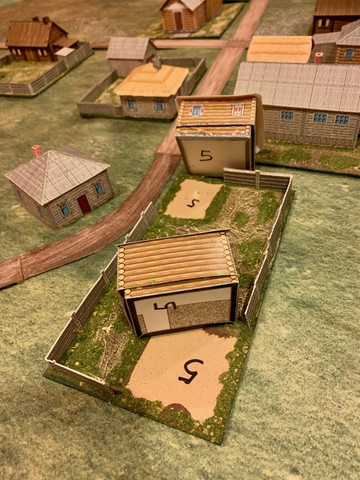 Luigi, aka the Cossack Catbeast, appears to have lost interest in the project.  The road to Moscow may not be so secure now.  Wasn’t a giant cat mentioned in the Al Stewart song? 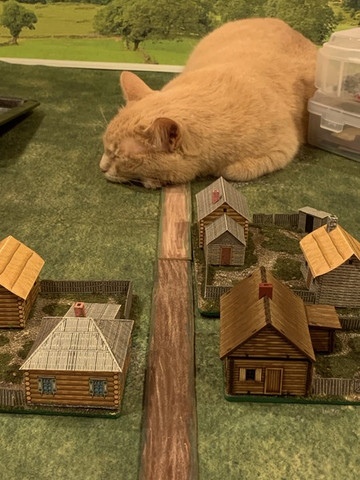 Moving to the sunny Mediterranean, we take you to a small village in Sicily.  the fist fruits of my basing efforts for my Sicily 1943 project.   These would make a nice pair of strongpoints for the defending Germans.  As with the Russian buildings, my basing technique is the same.    I handout a piece of MDF from the hardware store, texture it with a wood builder’s putty for sealing gaps, base coat it dark brown, then dry brush in two lighter colours (Yellow Ochre and then Desert Tan), and finally flock, but only in patches to suggest an arid climate, which is in keeping with this new Sicily gaming mat from Geek Villain.  I also used some brick red craft paint to go over the roof ridge lines, which were left white after the scoring and folding.  A little effort for a great improvement, I think. 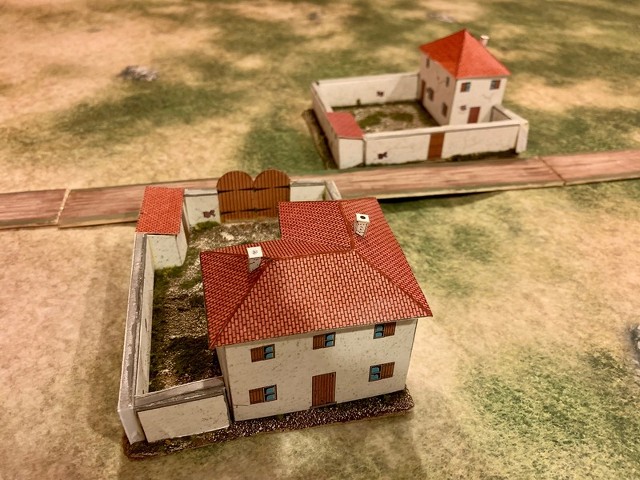 The same buildings, having been thoroughly liberated. 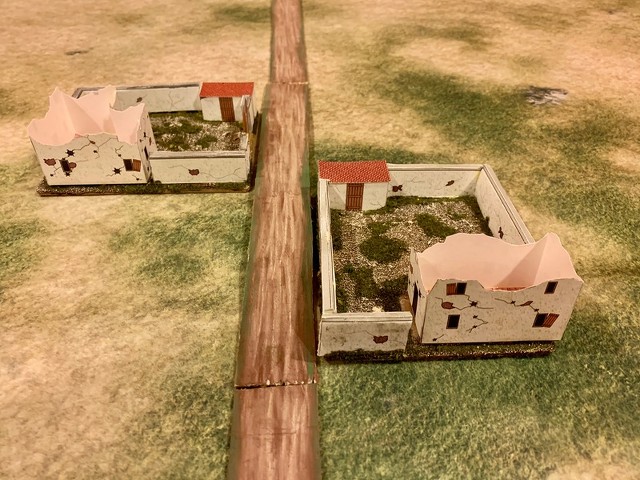 I have some British/Commonwealth troops in the queue to paint, but somehow some 6mm Napoleonics figures have used their superior mobility and stealthy size to get ahead of them.

Until next time, blessings to your basing!   MP+