Thanks to all the folks who responded to my crowd-sourced request for advice on some Dark Ages thatch roofing for my Sarissa model.  The consensus of the hive-mind was that my roof, made of chopped up bits of washcloth, looked too white.  I had saved some bits so used your advice and test-painted a strip, using a base coat of dlluted Brown Umber craft paint, and then, once dried, a heavy dry brush of yellow ochre.  It looked pretty good, so I went for it. 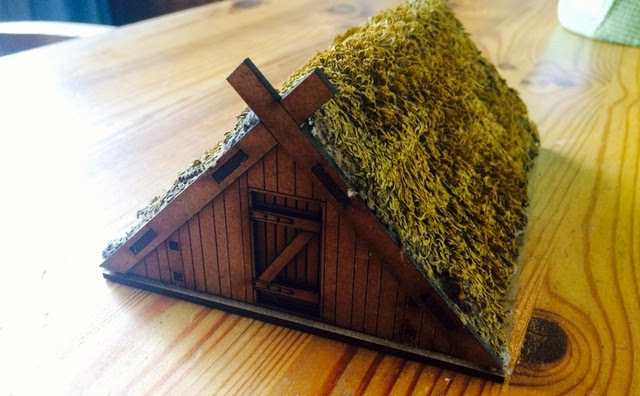 My faithful reader Dai Dead sent me a photo of his mum’s thatched cottage in the UK, which made me think I was on the right path.   The photo reminded me of Madame Padre’s favourite mystery series, Midsomer Murders, a Netflix staple chez nous, where half of England seems to live in quaint thatched cottages, when they’re not murdering one another.   I would never venture into the English countryside, as judging by that show, the murder rate must be catastrophic. Mind you, it’s all nasty toffs killing toffs, so I guess Canadian tourists are safe. 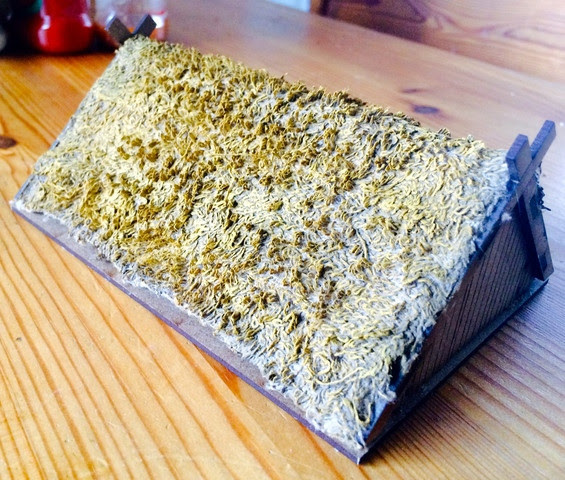 I now have a cottage to form the nucleus of a village to defend in my Dux Rohirrim project.   Here are two finished Rohan defenders to protect it.  These are two of the three figures I gratefully received from my 2015 Secret Santa, from the Foundry Casting Room Miniatures Dark Ages Saxon line.  I don’t see any reason why they couldn’t be Rohan Royal Guardsman or part of the retinue of a Lord of the Riddermark. 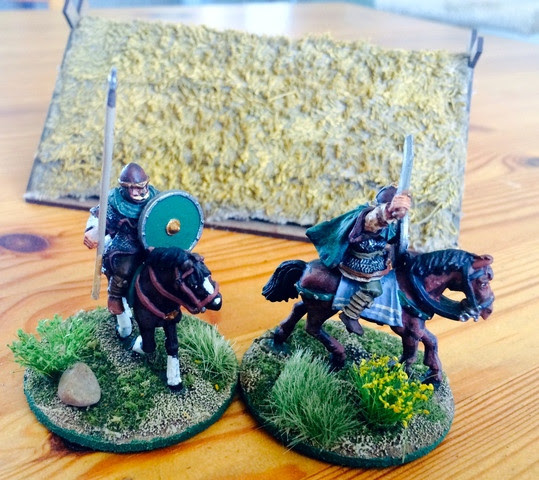 The chap on the right, with his more ornate cloak and helmet, seems a likely captain of an elite eored (a company of 120 men) and the lancer one of the captain’s hearth guards.  They are a little more armoured than the GW Riders of Rohan models I’ve seen, but none the worse for it.  The horses are big, substantial brutes, with long bases, too long to fit on the GW plastic bases that ship with their cavalry models, so they will stand out in base width from my GW Rohirrim, but I’m not too worried about that.  Likewise their shields are bigger than ones the GW sculpts carry, and they are missing the quivers and bows that the GW Riders carry, but since these are elite shock cavalry, I can live without those features. 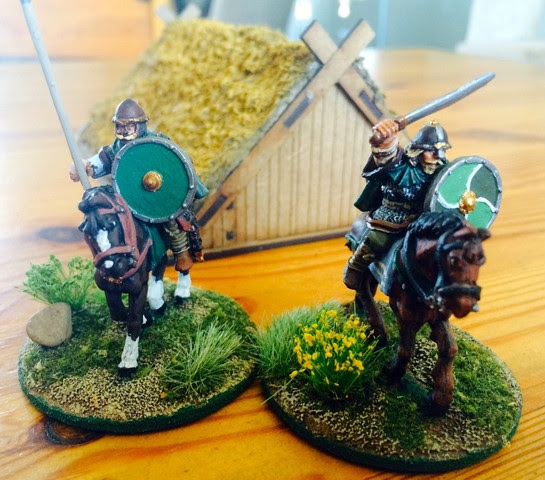 I’ve tried to follow the greens and browns that distinguish my other Rohirrim, which I admit is the same palette that characterizes the Rohirrim in the SirPJ films. 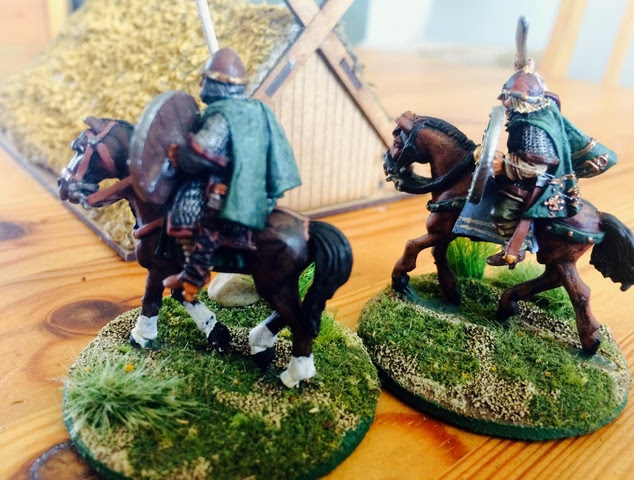 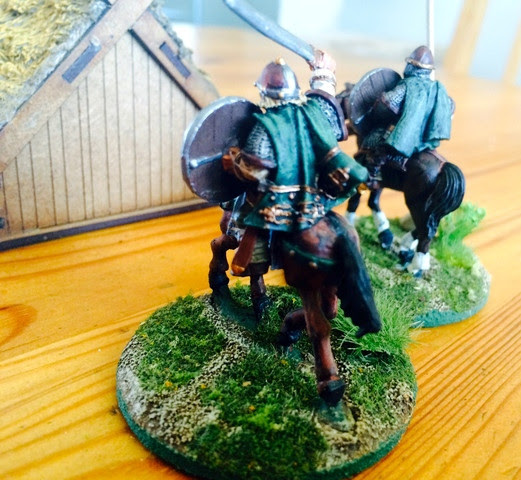