Spring 1903 moves were a hot mess.  France recaptures Marseilles thanks to a surprise lunge by the Italian army into the heart of la Republique.   Germany regains Holland and destroys the English fleet there, while withdrawing from Austria.   A surprise move by the Russians into Galicia opens the Ukraine to a Turkish army, which must have shocked the Turkish General Staff.   All eyes are on Germany to see where she will commit herself. 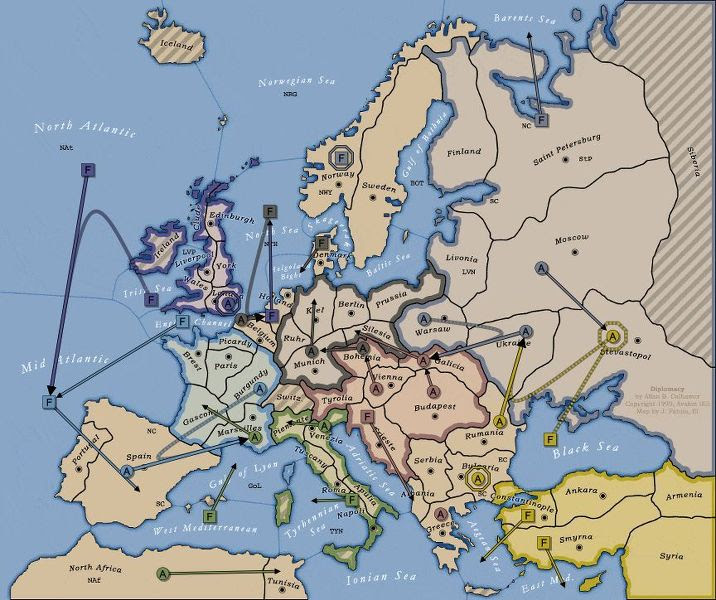 General Notices:
All dislodged units destroyed; advancing to next phase.Order
resolution completed on 08-Mar-2016 at 20:01:06 EST

No order for unit at Greece. Hold order assigned.Austria:

The Fleet in Holland cannot retreat; unit destroyed.
England: F hol - nth Bounced with nth (1 against 1). Dislodged from bel (2 against 1).

Situation at the Start of Fall 1903 Turn: 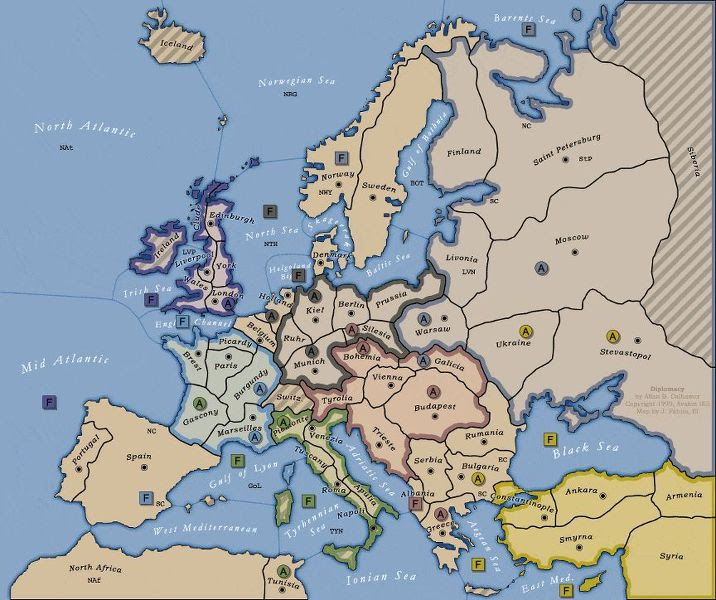