A bunch of stuff has happened in the past few days.

A concerted Turkish attack droves the Russians from Sevastapol.

The German High Seas Fleet drives the Royal Navy from the North Sea, while the English hold the Irish Sea against the French MAO fleet.

Italy easily drives off a French attempt to retake Marseilles, while that Germany army in Tyrolia moves north to Bohemia, perhaps trying the patience of its Hapsburg guests. 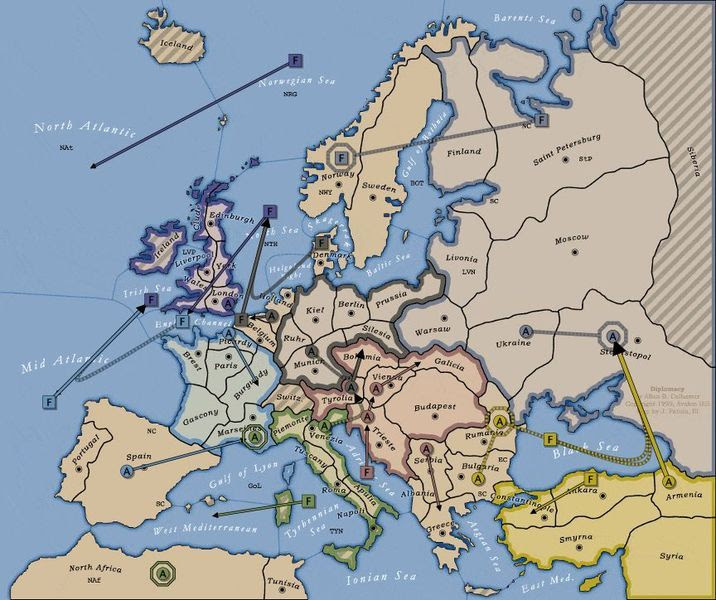 The Retreats Phase.  The Russian army has no other route to retreat except Moscow.   The English fleet in the NorS has many options, though, and chooses the most vexing possible route for the German player by slipping into Holland and taking it from the Germans.  That deprives Germany of a build and saves England from removing a unit in the build phase. 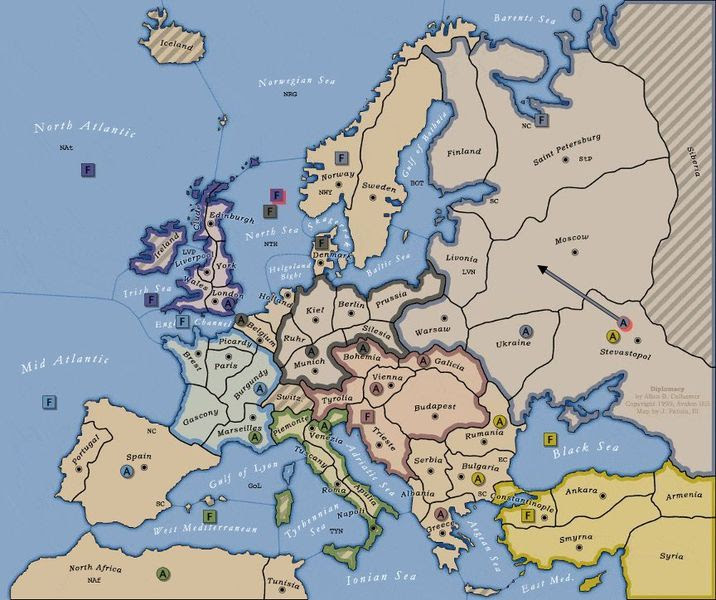 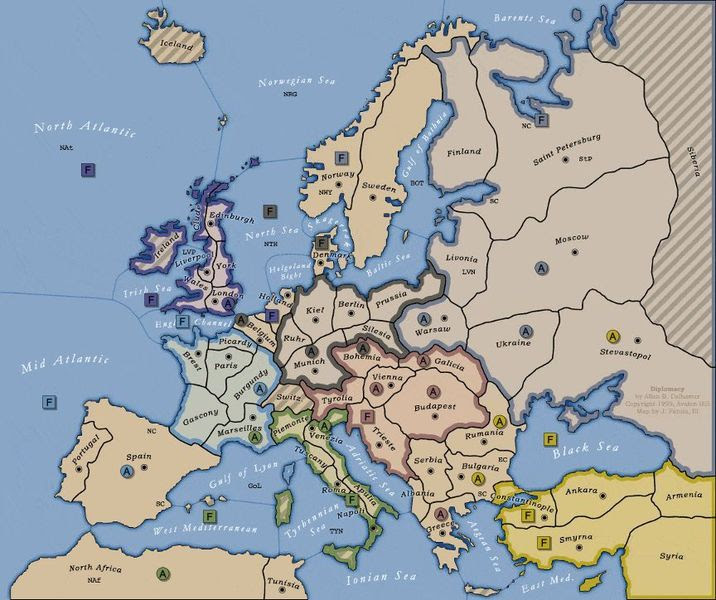 Next turn is a week from today (Tuesday March 9).