Coming In 2016: The Rockies Ablaze

Madame Padre does not trust her instincts when it comes to Christmas presents for her (inexplicably) beloved. She can be quite eccentric in her selections, and sometimes quite pointed.  One Christmas, when I was laggard in painting a few rooms as I had promised, she left me paint rollers and brushes (not the fun, little soldier kind) under the tree.   Hilarious.  This year she was kinder. Get yourself something for me, dear, she said, as she sipped coffee and I sipped my mulled wine.

After a third mulled wine, I mulled it over and remembered I had once written some fluff for two Bob Murch Pulp figures who would be part of my Weird War Two project.   They were a Canadian couple from the high Rockies who had experience in fighting werewolves.

In my mulled state, I decided that a fine Christmas present would be some more Bob Murch figures to flesh out this exciting backstory of werewolves and how Project Alice developed the expertise to fight them.   I settled on pretty much all of Bob’s Yukon Peril line, sadly with the exception of two fine packs featuring a Mountie and a trapper in canoes.

My figures arrived on Christmas Eve, in Bob’s trademark painstaking and deluxe packaging. 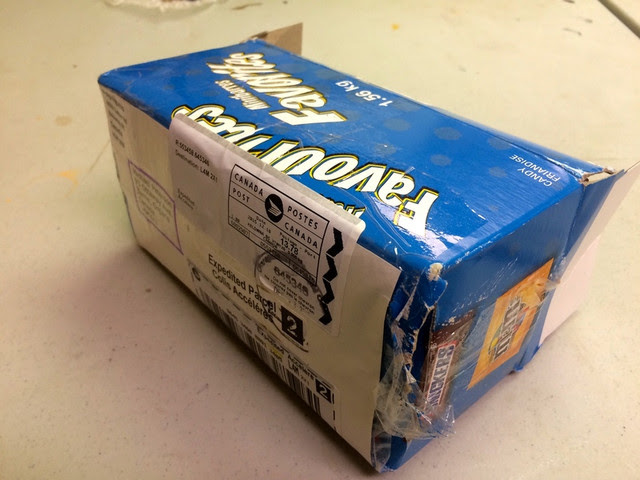 One of the reasons I am a Bob Murch fan is for his tradition of doing a special sculpt for the Movember charity for prostate cancer.   These sculpts are set aside for those who make PC donations.   I have fortunately checked out in that department, the least favourite part of my medical exams, and really really wanted this year’s sculpt, whom Bob calls Captain Krustach. 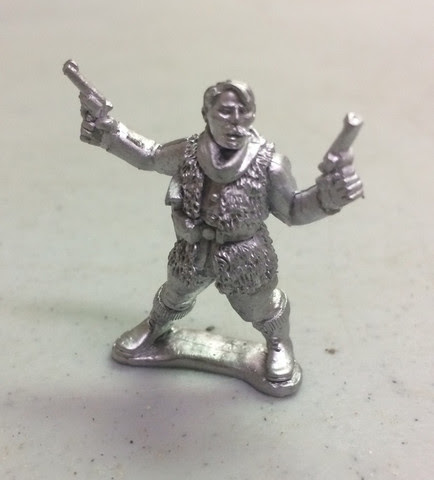 I think that if I paint his riding trousers blue and his coat red, he will look like an especially swashbuckling Mountie whose hair is just too fantastic to hide beneath the customary Stetson over.  A cousin of Lord Flashheart, perhaps, who joined the RCMP.  He will of course have to be quite blonde in the finest Rick Mayall sense.

I think Krustach will fit in well with this lot, which combines the Sergeant Prestown of the Mounted pack (standing and mounted), his intrepid husky Prince, and the Scarlet Patrol pack.  These Mounties pack a serious amount of firepower, a satisfying combination of Lee Enfields, Winchesters, and Webleys.  I think this is the only horse sculpt Bob sells, BTW. 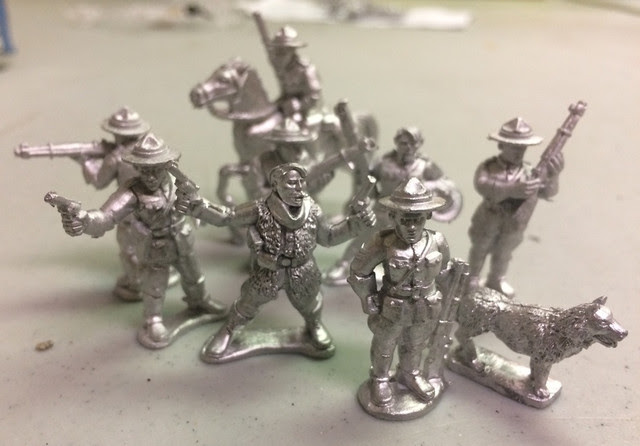 Various tough Canuck civilians who will be aiding the Mounties. And look, a potential love interest for Prince!  ARF!  Wag wag wag. 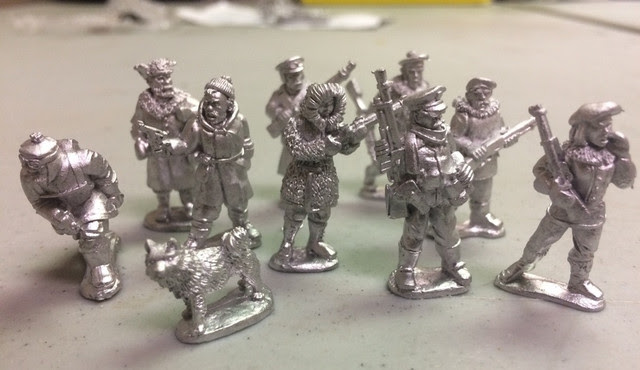 These aren’t part of the Yukon Peril Range, but since the Rockies means mountains, then I will need some (PHP 16) Courageous Mountaineers (from the Heroies and Personalities range) to aid Sgt. Prestown. 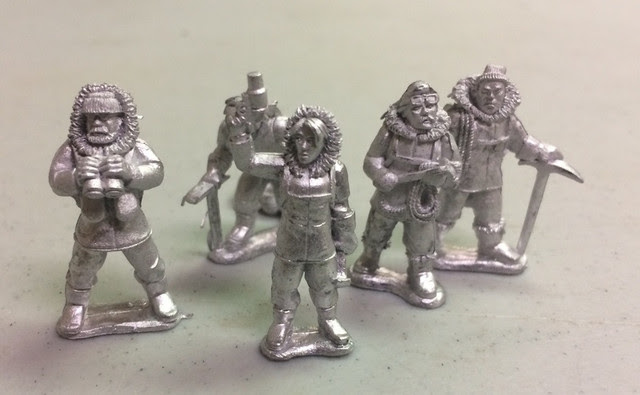 And of course, bad guys in the form of mad and bad trappers, who will, of course, be able to turn into werewolves. 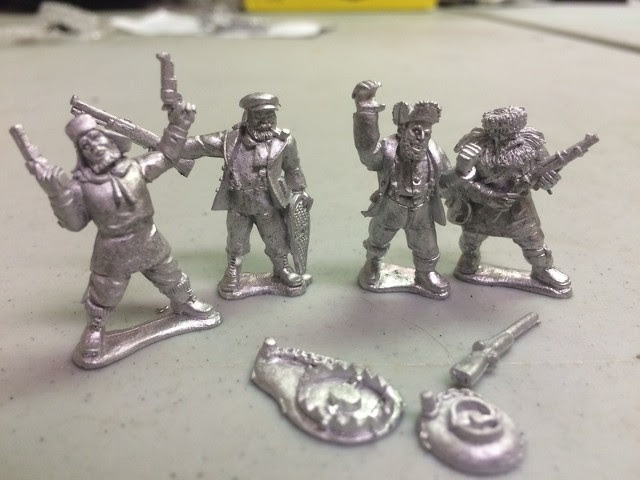 It’s just possible that the bad guys may need some auxiliaries in the form of the Zeppelin Troops that Bob also sculpts, but that is Phase 2 or 3 or even 4 of a long project.   I may need a Zeppelin as well, but that’s another story.

So a definitely Canadian theme to my pulp gaming in the year to come.   I wonder who makes 28mm log cabin models?  And do I have enough trees?