This Christmas, Give The Gift Of Ruins

That’s what my friend James gave me, at any rate, and a very fine gift it was.   James made these two scenic bases out of some spare bits on his workbench, because he knew my Middle Earth project was gaining steam and needed some scenery to suggest the ruins of ancient Numenor.  James’ account of how he made them is here and is quite interesting. 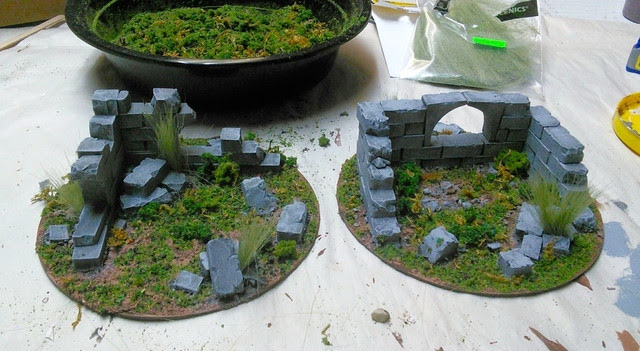 Here they are in action from our boys’ gaming and slumber party last Saturday, known officially as OPERATION THUNDERING DICE. As you can see, the archers of Rohan found them most useful while they answered the crude and doubtless envenomed arrow-storms of Mordor. 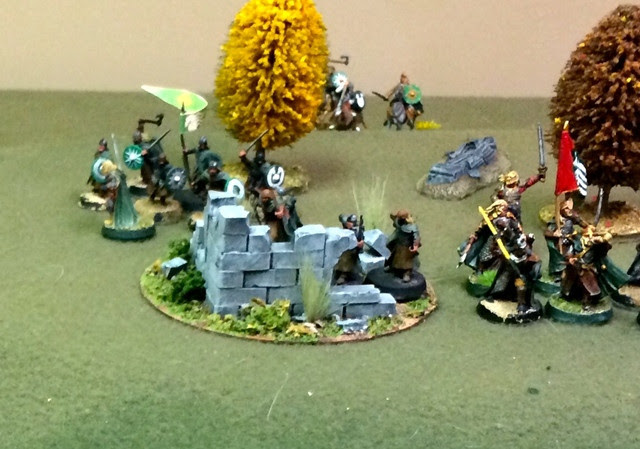 OP THUNDERING DICE saw games on Saturday.  For the first game we got to play test a contemporary Afghanistan game.  This is a project James has been working away steadily at for the last year, single-handed, and it was a joy to see and play with his scenery and 20mm kit and figures.  Here’s a look at his stunning Afghan village, showing the complex terrain that ISAF troops faced in the Panjwai district. 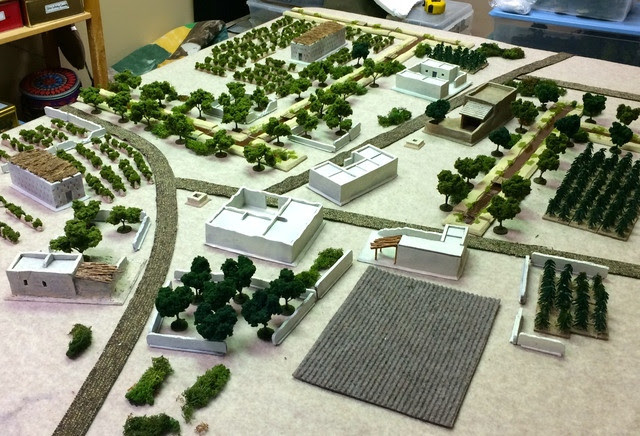 And some 20mm Elhiem Canadians taking some stick as they try and root out the Taliban. 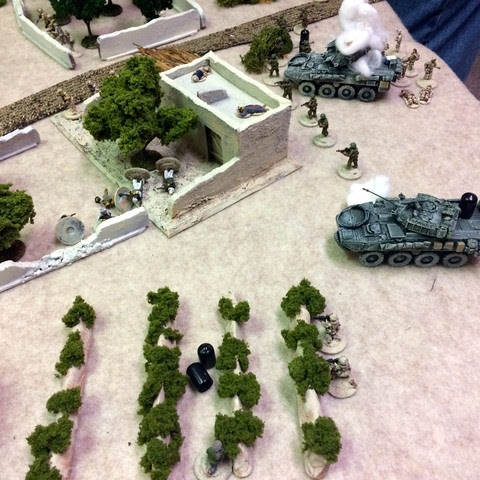 James as written a very entertaining AAR here.   I’ll try and write some thoughts on what we learned from my second attempt to use Dux Britannarum for Middle Earth.