I’m pleased to have finished another batch of 28mm figures for my Weird War Two project,   Here is a squad of fierce young madchens from two-fisted Canuck sculptor Bob Murch’s ultra-epic Pulp Figures.  They are from his Weird Menace range, PWM02 She Wolves 1 and (wait for it!)  PWM 36 She Wolves 2.  Long time readers of my blog may recall, as this project took shape, that I introduced you (in Sept 2002!  talk about a slow-moving project!) to a character from a Warlord set called Ingrid Schmertz. I had in mind a special unit of SS female troops, raised for the ultra secret Projekt Werewolf, a plan to raise an irresistible army of werewolf truppen.   They have to be women for handlers and security, of course, because only young Aryan maidens can handle  the werewolves - or something like that.  Projekt Werewolf is so highly compartmentalized that I am not even sure if Himmler knows about it.  However, the equally secretive SS Vampyr leadership knows about it and hates it, and would shut it down if they could without showing their hand, but that’s another story. 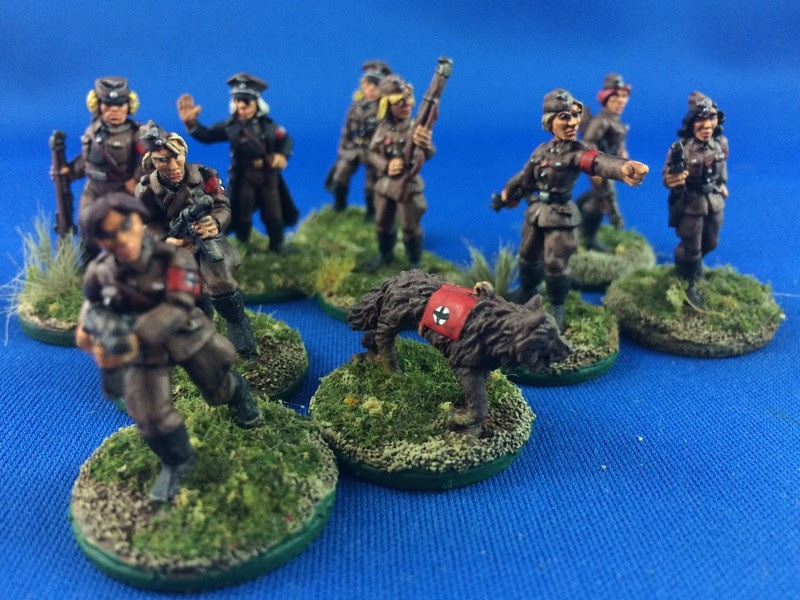 Oberscharfuhrer Ingrid on the left.  No one knows how she lost the eye.  Everyone is convinced that whoever was to blame ended up much, much worse. 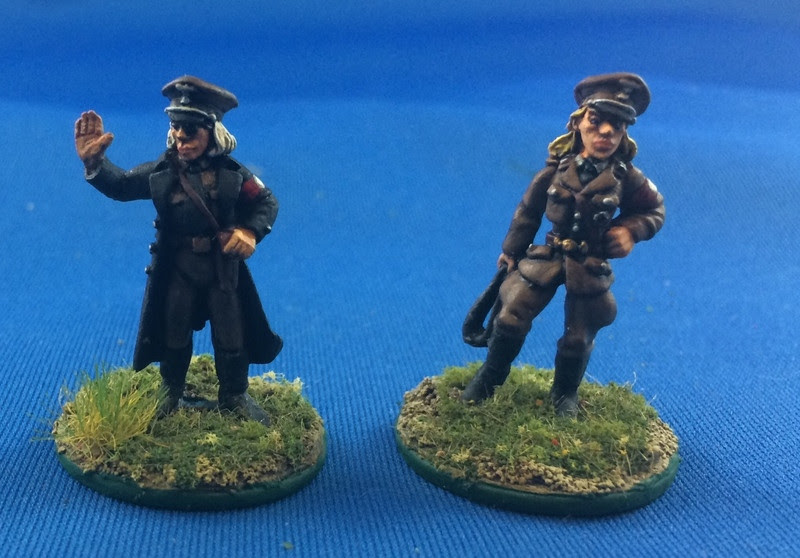 For the uniform I wanted something other than black.  My male vampires and their henchmen wear black, so a distinctive look for this faction was needed.  I settled on a base coat of Vallejo 87 Brown Violet.  I normally use it for highlighting VJ English Uniform for UK battledress, but it felt right here, light enough to have a feminine quality but still military and threatening.  For Ingrid, the OC, I offset it with the usual baddy’s black leather trench coat.  I also gave her a nearly white mane of hair to suggest a sinister maturity. 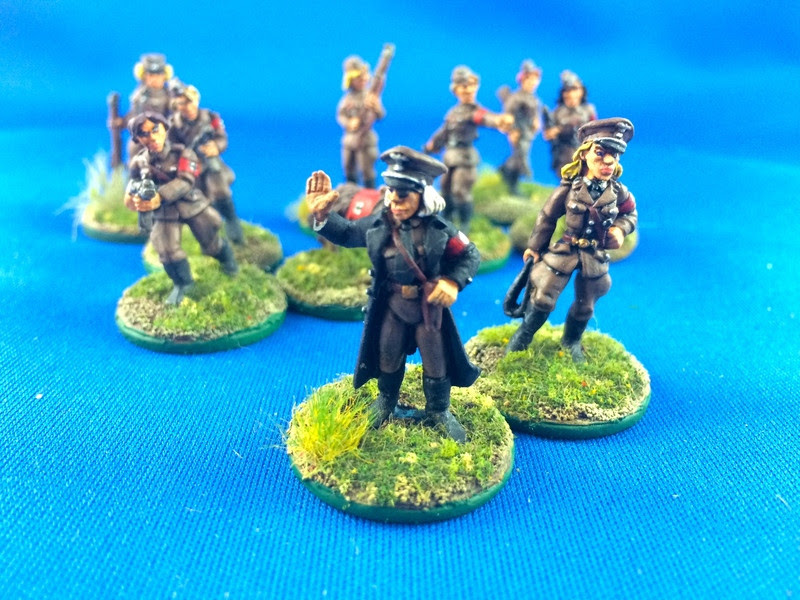 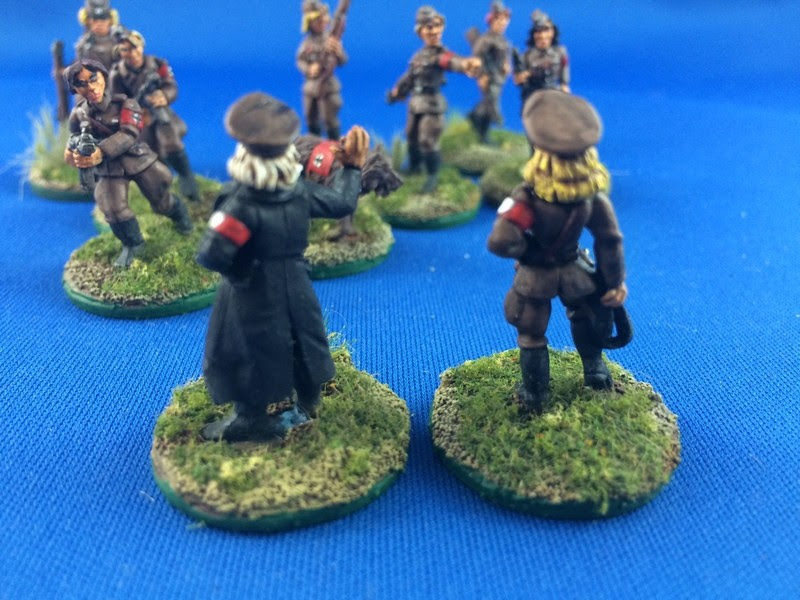 Scharfuhrer Adolpha, the 2IC.  Wasp waisted, cruel, and always ready to use her whip.  I left the white of her armband white because I wanted to post this picture on the Lead Adventurers Forum and I didn’t want any complications because of forbidden insignia. 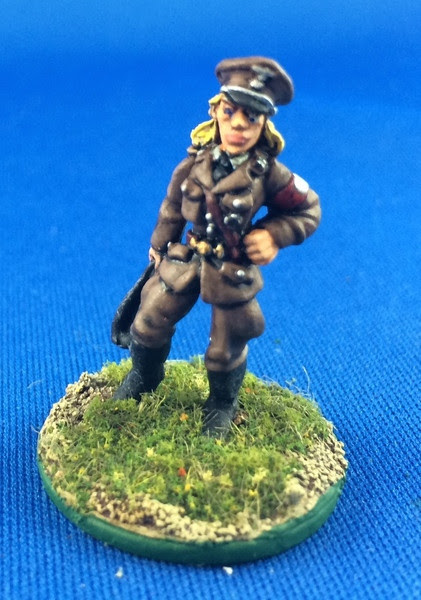 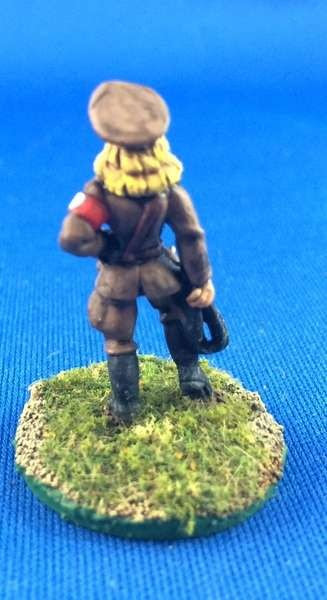 The NCO, cruel and raven-tressed Katerina: 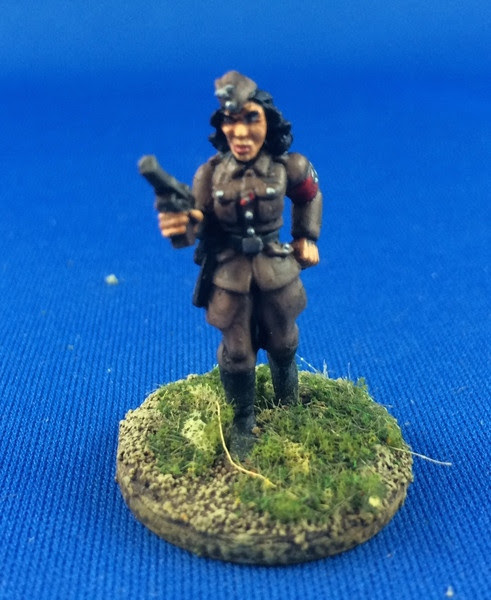 Marta, a stocky young lass with an attitude and Princess Leia quality braids.   I love that Bob sculpted her in an SA hat. 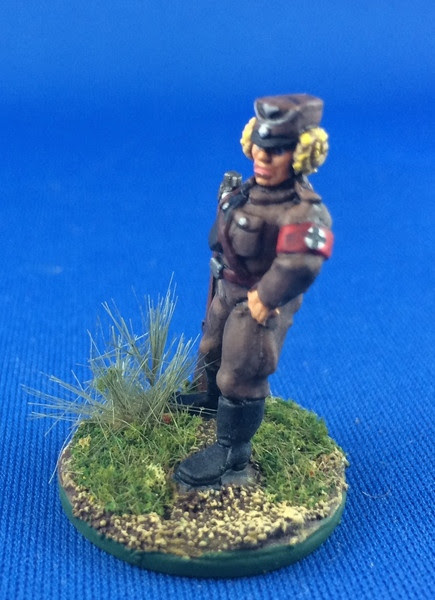 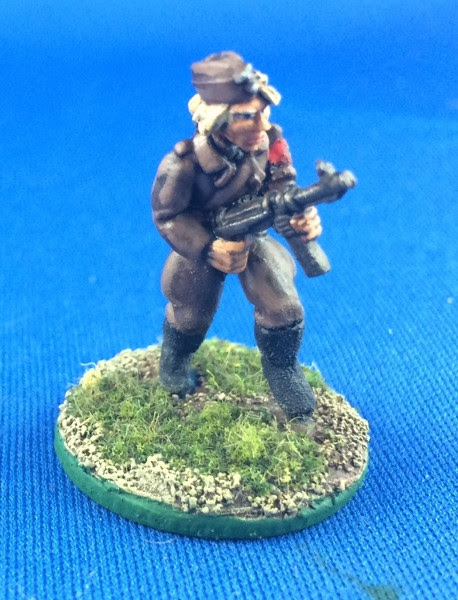 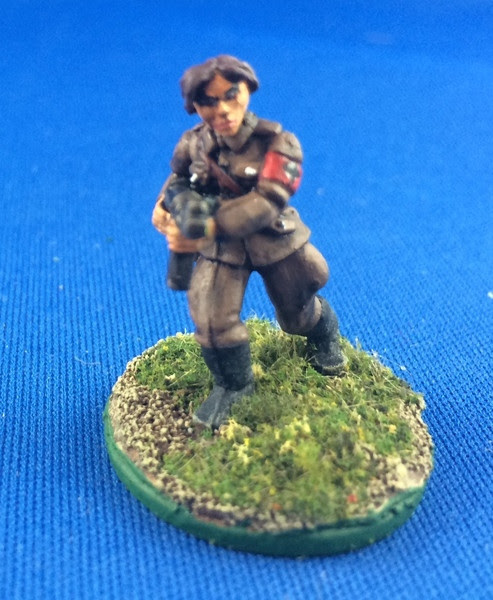 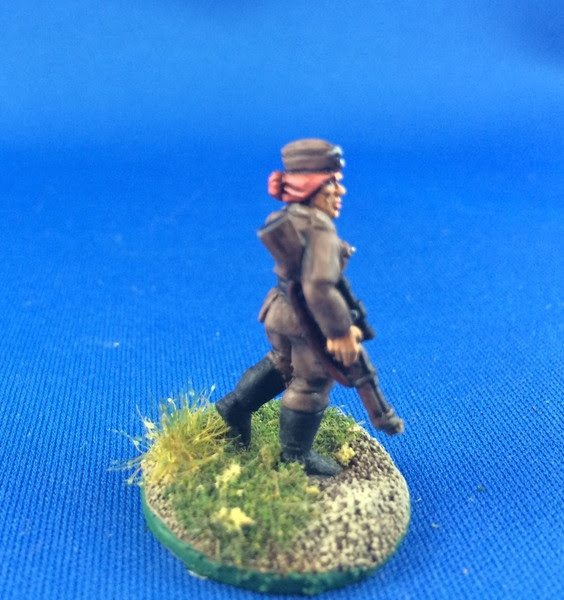 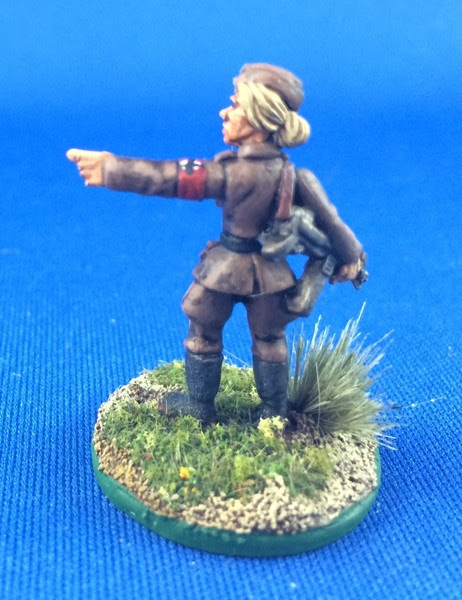 Klara and her faithful hound, Brutus: 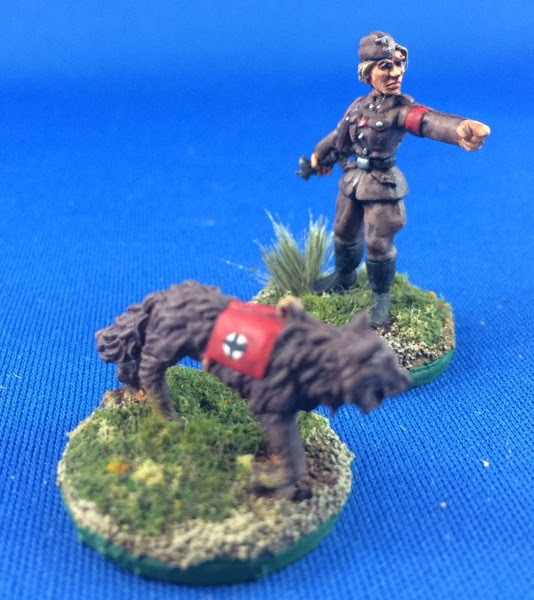 With these girls complete, I think I have enough figures to thrown together for a battle.  Bob makes a unit builder back of Frauleins with MP40s which I might add down the road, depending on how big i want my games to be.  Even at this size, however, S Commando may be in for a shock when these frauleins ask them to dance.  Watch this space, and stay vigilant, chaps.