I have several Santas to thank this year.

Before I do, it seems that my photo bug has returned.  So, I include two versions of each picture.  The first is of the photo as hosted on Imageshack.  The second is a thumbnail on Google Picasa Web Albums.  Pls met me know if you can see only one or both versions of the same image.

I took part in the Secret Santa project run by Ian and Cath of the Blog with No Name fame.  This was my first time participating in this event, and I was delighted to unwrap these fellows on Christmas morning.  My Secret Santa carefully read my shameless wish list and discerned that I wanted some Foundry Saxons to stand in as Rohirrim for my Middle Earth project.  These fellows are the Saxon mounted characters from the Casting Room Miniatures Saxon line. Both the armoured fellows have a definite Rohirrim look about them.  The one with sword will do nicely as a lord of the Riddermark or perhaps a captain in the Royal Guard, and the fellow in the middle looks like a hearth guard if I ever saw one.  Orcs beware.  The mounted monk will find a use with my medieval collection, to be sure.  You picked very well - thank you Secret Santa! 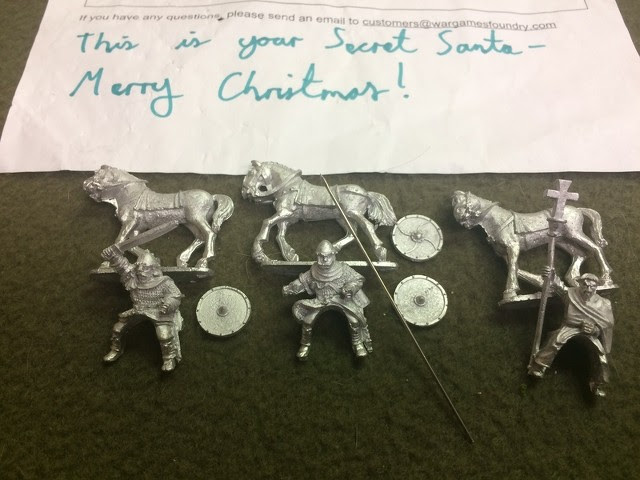 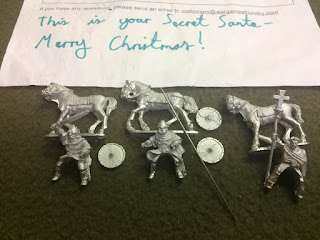 For the second year running I participated in the Santa Clause project ably run by Chris Stoesen.  I love this project because the gift is painted and the gifted has to read the giftee’s blog and choose an appropriate present.  In my case, some kind fellow in the UK noticed my Middle Earth interest and found two little fellows - on the left, the hobbit Meriadoc Brandybuck in the livery of Rohan.  On the right, his friend Peregrin Took as a soldier of Gondor.  Both figures are from Games Workshop and are difficult to find now, so I am delighted to  now have them in my collection.  My anonymous benefactor also included two stands for them, which I will gladly use. 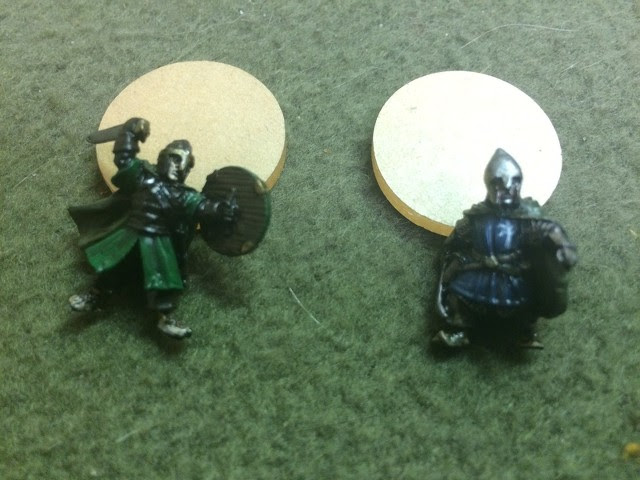 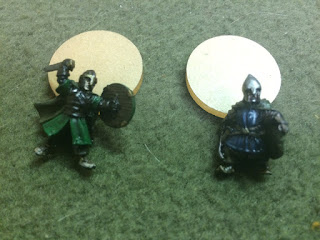 Both still wear the cloaks gifted to the Fellowship of the Ring by the elves of Lorien. 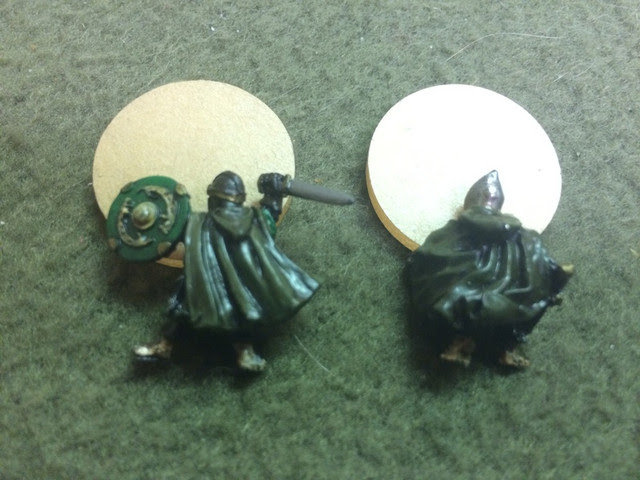 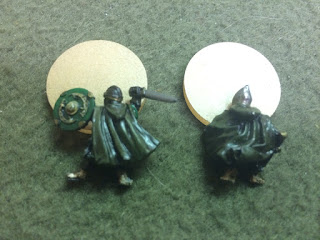 I can see both of these fellows getting use on the tabletop.  If I am using my adaptation of Dux Britannorum, they might allow an extra die when with with a unit of Men in combat.   Lots of time to figure that out.

To both my secret Santas, thank you so much.  Your kindness helped make for an excellent Christmas.

There were some other wargaming goodies under the tree, but I’ll save them for another post.
Blessings,
MP+