Picking up from last week, here’s the board on the dawn of the second day of WW3 and the Soviet assault on West Berlin.   In the bottom left, the East Germans have overrun Wansee and the Americans are falling back slowly.  In the south, 14th Guards have taken wicked casualties in exchanges with US and West German police and have had their teeth pulled.   In the North the French have stabilized their sector but the main weight of the Soviet attack now appears to be falling on the British. 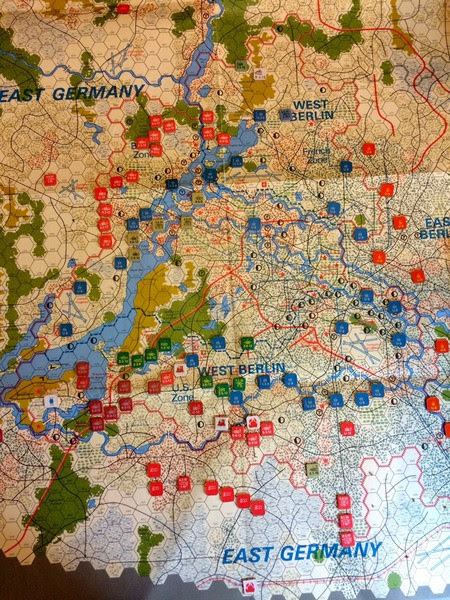 Here’s a thorn in the Soviet side.  That little green unit between the T and B in West Berlin is a single US battery, but it’s done nothing for the first three NATO turns except execute fire missions on the vital railroad line (see the flame marker at the bottom of the photo) feeding reinforcements and supplies to the main front.  Each fire mission is worth 5VPs to NATO, more than offsetting losses in casualties and objective hexes thus far.  It is totally untouchable for now, the Russians don’t have the troops to touch it.  Most of the red units towards the bottom of the photo are 34GDs Army artillery, not assault units. 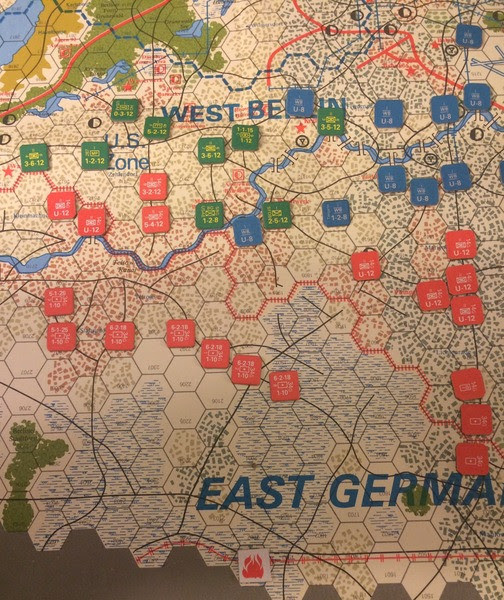 Here’s another cool NATO move.  That little brown unit is B Squadron of the Royal Scots Dragoon Guards, the most mobile unit in the NATO garrison.  It’s exploiting some gaps in the line to try and get onto one of those rail hexes.  If it can do it, that will be 10VPs per turn it stays there and will divert some Pact combat units to find it and kill it. 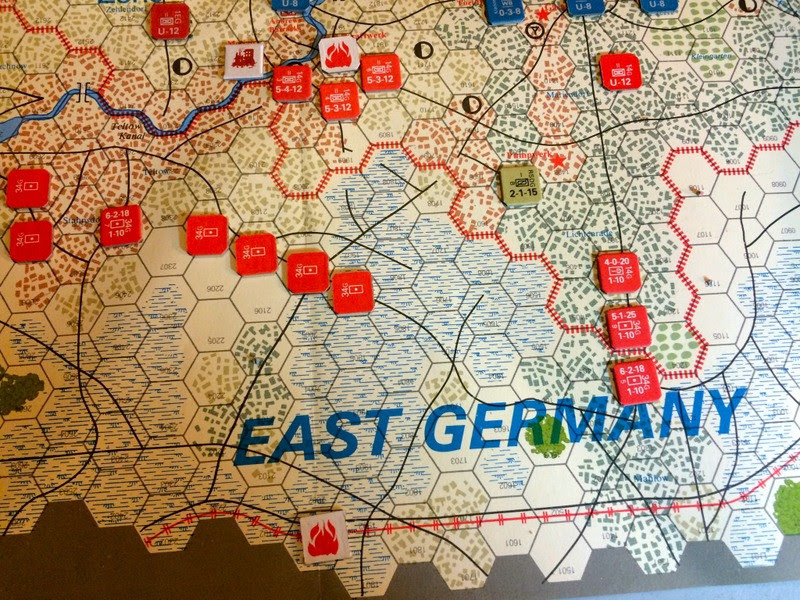 The butcher's bill so far.   Combat in this game is quite bloody. 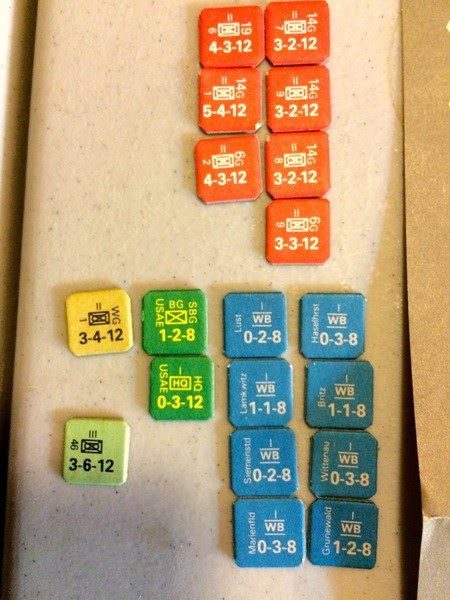 Much as the Pact commander will hate to do it, he may have to ask for release of the airborne division to make the headway he needs.
Posted by Mad Padre at 6:34 PM