First Game of Blucher: Setting Up

In the lull before the storm as we begin packing for my next posting, I’ve finished preparing for my first solo game of Sam Mustafa’s Blucher.  I’m using my 6mm French and Austrian armies, and it’s the first time they’ve been on the gaming table.  I used the army builder lists in Blucher to generate two small forces, 200 points each, for simplicity’s sake.   The forces are fairly symmetrical, at 200 points each; the French have more artillery, while one Austrian Corps is made up of grenadiers, the other is of mixed quality.

The field of battle.  It was randomly determined that the French are attacking, so their setup is behind the two measuring sticks (ils sont tres beaux, nest-ce pas?), eight BW in from the table edge.  To make it more interesting I randomized the Austrian setup.  There are five white blocks on the Austrian side of the table, two are dummies, and their identity is not revealed until the French are setup.

I used the Blucher system for terrain setup in the Basic Rules, with a random roll generating 4 choices of terrain features per side, somewhat constrained by the amount of 6mm I currently have available.  For my next game I may double the number of terrain features for 6mm and see if the table is more interesting.  The French chose two objectives.  One is the road on the Austrian side leading to the important provincial capital of Szohd.  The other is the left of the two hills, part of the important Plotzen Heights. 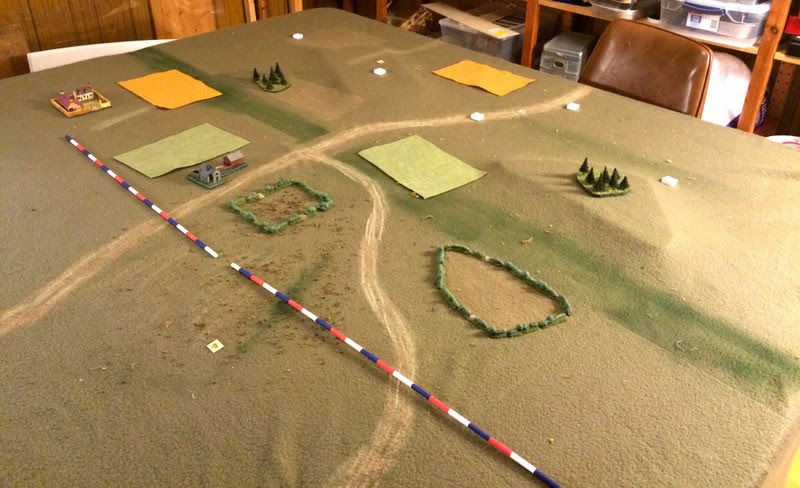 French initial setup.  Infantry Corps in the centre and on the right, III Corps (cavalry) on the left, artillery massed in the centre.  The goal is to push the infantry directly at the centre and hold the cavalry to exploit a breakthrough and guard against Austrian cavalry,

Austrian deployment is randomized but doesn’t work out too badly.  General Humperdinck rushes from a nearby beer-tasting session at the Monastery of St. Vitaliis to find his I Korps (Grenadiers) in the centre, his II Korps on the right side of the Plotzen Heights and the cavalry just arriving on his right flank. 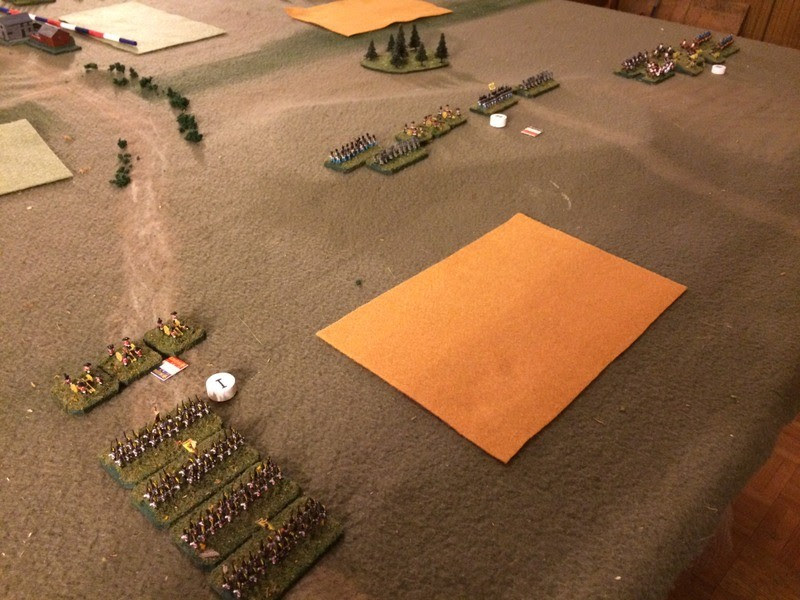 The tabletop, both armies in position, waiting for the French to make their first move, hopefully today. 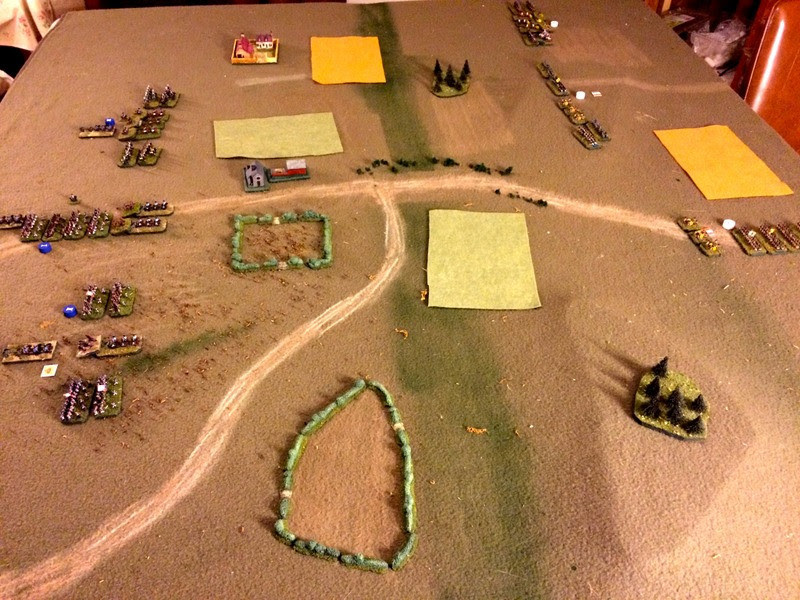