“What’s this?” I asked Madame Padre, pointing to a fattish brown envelope sitting on the counter under a mound of 2015 New Years sales flyers.

“Oh, it came yesterday”, she said casually, as she contemplated what to do with the New Years Eve leftovers.

“What?” I said, lunging for the mysterious package.   “Why didn’t you tell me?"

Madame Padre smiled coquettishly.  “Oh, I figured you got enough little men to play with this Christmas.  And you said something about taking me to the Star Wars film this afternoon."

Much later, after getting back from the cinema (no spoilers), I opened the package.  Could this be the mysterious visitor from the Orient whose coming was foretold?

No, I am not taking about the Magi who visits after Christmas.  I am talking about a package that Jonathan Frietag had warned me was coming … all the way from Japan.

You see, back in early December, Jon emailed me to be on the lookout for a small package.  Mysteriously, he didn’t tell me what it was or why he had sent it.  I got quite excited.  The days passed.  Jon emailed me.  “Did you get it?"

“Nope”, I said.   Jon traced it via US Parcel Service.  On Dec 9th his package reached Los Angeles from Spokane, WA.   On Dec 11 it left LA and its whereabouts are swathed in mystery until Dec 26, when it arrived in Vancouver, Canada.   That makes sense, because Vancouver is more or less straight north from LA, and fifteen days is about right for it to have travelled up the Oregon Trail by mule train.  But then it gets odd.  Notice where it went on leaving Vancouver. 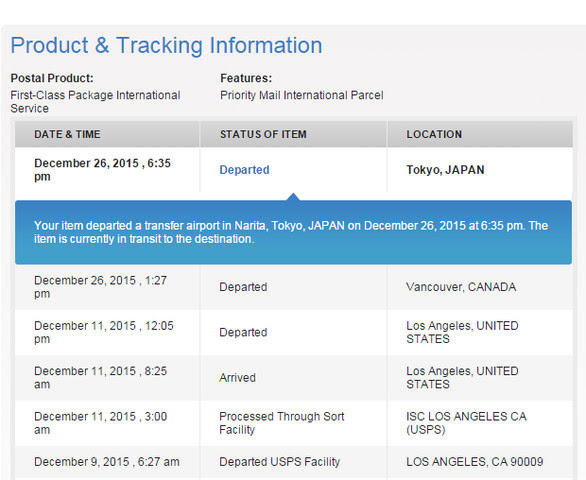 Japan.  Of course.  Makes sense.  Because Canada and Japan are such similar words.  Anyone could make that mistake, really.   Jon persisted with his tracking, and saw that it arrived at its destination, Casa Padre in Barrie, Ontario, on the 31st, where Madame charmingly left it under a pile of flyers.

Here’s what I found inside.  Notice the mailing label, BTW.  CANADA.  Not Japan.  And here is the little prince.  Not so little, really, he’s quite a large chap, at 1/54 (oops, err, I mean 1/32) scale.  Prince Eugene de Beauharnais, whose role I played last summer in Jon’s PBEM battle of Raab game. 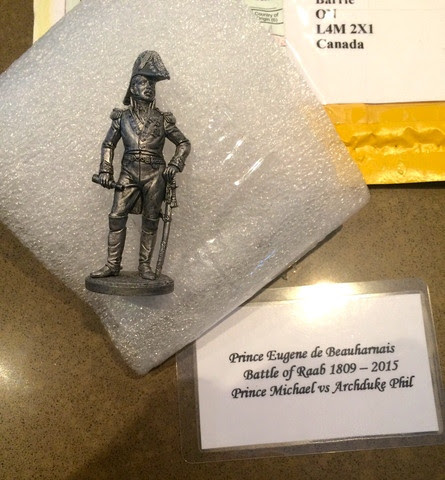 Also enclosed was a very kind note from Jon thanking me and Phil, my opposite number, for playing in this game, which as I blogged yesterday, was one of my highlights of wargaming in 2015.  I am quite looking forward to painting this splendid fellow. 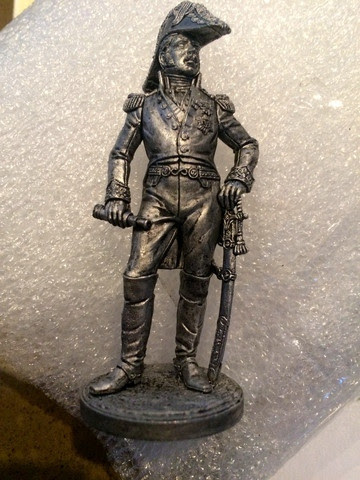 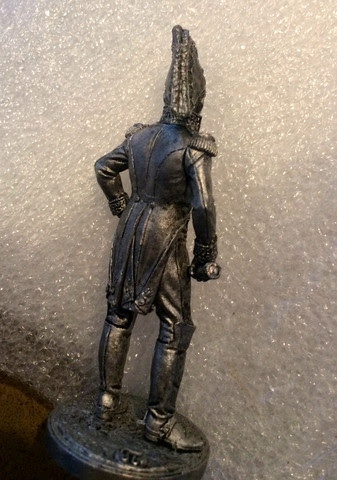 There are no shortages of portraits of Eugene.  I think I shall settle on this by Johann Heinrich Richter one as a guide. 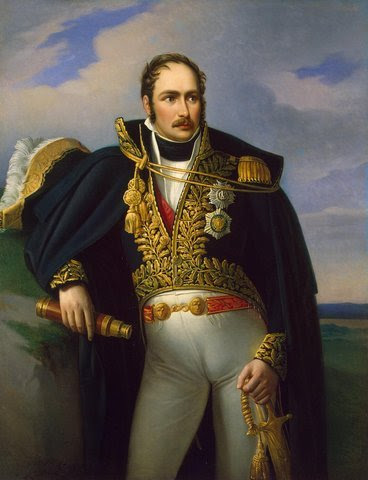 Jonathan, you are a generous fellow and I am most grateful.  I hope I can do him justice.   Thank you.  Given his itinerary, perhaps I should fortify myself with a warm sake before I start painting him?