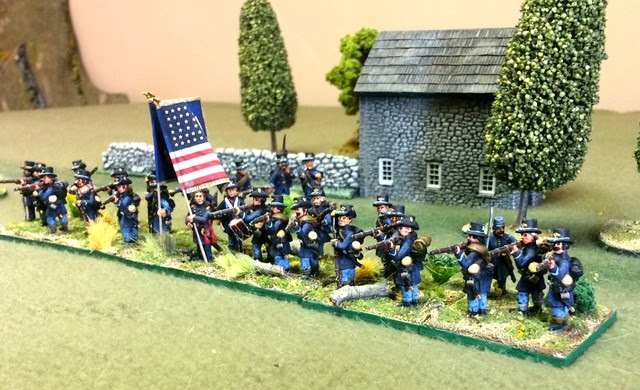 My first finished project of 2016 is mustered into service.  This is the 24th Michigan of the Western Iron Brigade.   The figures are by French manufacturer Forgotten and Glorious.  I’ve talked about them previously and finished some of their brigade command stands in December.

I love the command stand.  It includes F&G’s sculpt of Colonel Henry A. Morrow, the 24th’s commanding officer at Gettysburg.

On the first day of Gettysburg, when  the 24th was engaged with the 26th North Carolina, Col. Morrow picked up the colours and carried them after the colour bearer was shot, as seen in this painting by Don Troiani.  Morrow received a non-fatal wound in the head during the fighting at Missionary Ridge and was taken prisoner when the Rebels captured the town of Gettysburg.

And here’s F&G’s Col. Morrow.  I really like the way the sculptor included his Hardee hat on the ground by his feet.  The flags are by GMB. 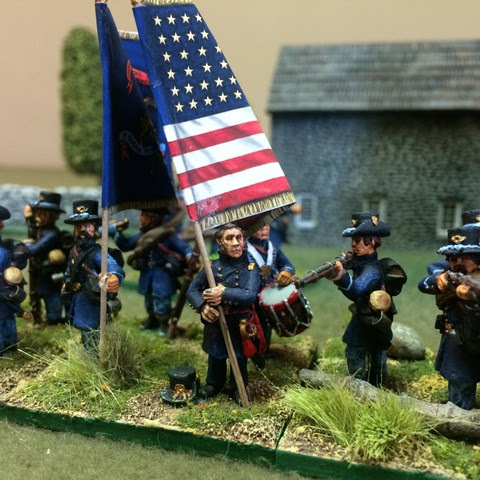 I tried to mix up firing and loading figures to show the chaos of a firefight, as opposed to the symmetry of drill. When I was a reenactor I hated two rank firing.  I was always afraid of not having my muzzle far enough in front of the face of the front rank man, and when I was in the front rank I always hated having muskets going off near my face.   And that was with no one shooting back at us. 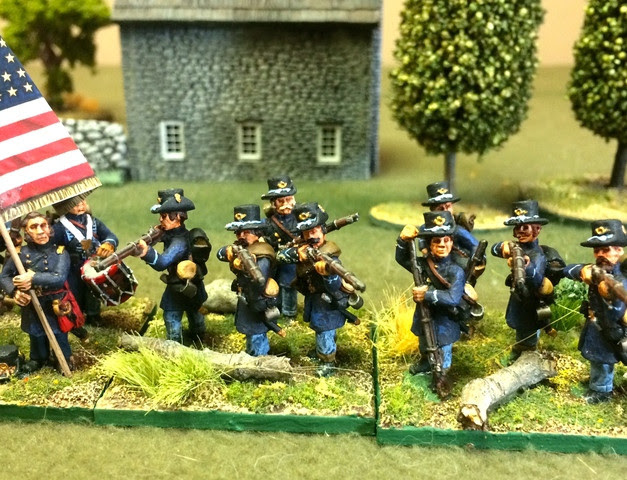 The Colonel Morrow figure allowed me to use the officer from the command pack as a company line officer, cooly watching the effect of the men’s fire.   I rather think it would take a lot of sand to stand there with a sword and try to act cool and collected to inspire the troops. 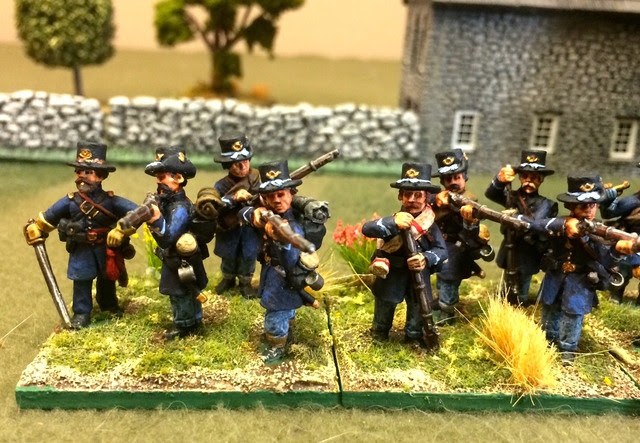 My order from F&G also included a vignette of two privates running with an ammo crate.  I liked the pointing sergeant from the command pack so I paired him with this duo.  I hope it looks like the sergeant is directing them to the crisis point in the line where the ammo is running low. 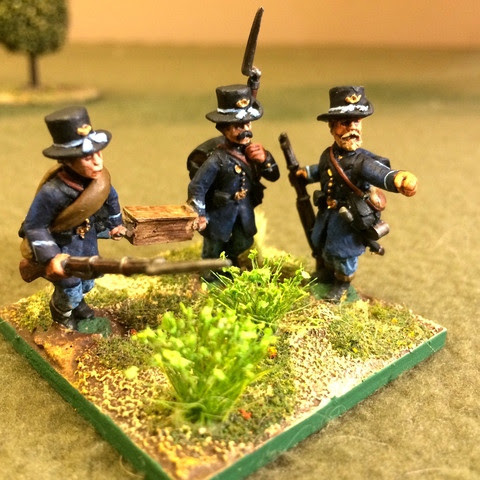 I suppose I could use this as another regimental stand or as a marker to show low ammo or out of ammo, though I don’t think I have any rules which get that granular. 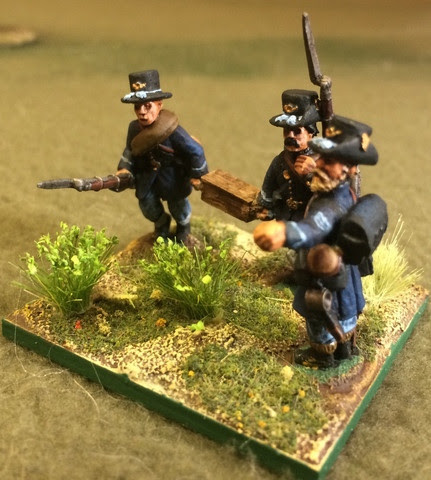 Finally my order included a set of mounted and foot officers.  Col. Morrow freed up a standard bearer from the command pack, and since I had an extra 1st Bde/1st Div/1st Corps banner I decided to make them part of brigade headquarters.  The mounted officer is getting briefed by the chap on foot, pointing to something very important. 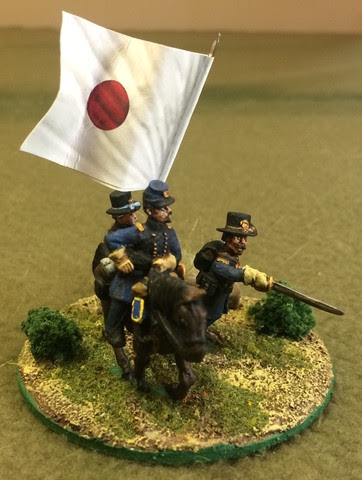 I don’t know what I’m going to do with all these command stands.  Fortunately I’m fond of vignettes on the table top. I should say that the circular stand is the only one in this group that I made.  The square bases are all laser-cut MDF.  I’m a convert. 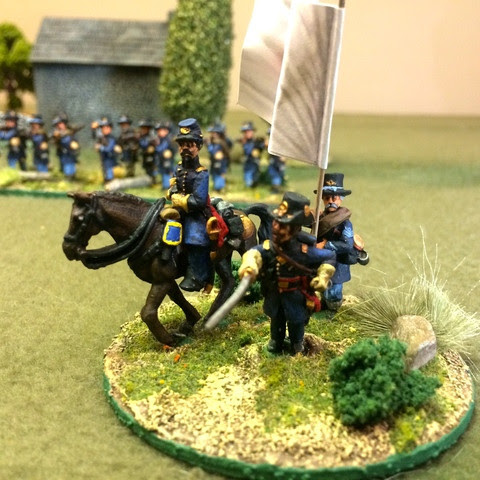 These brave sons of Michigan are now mustered into service, and bring my Iron Brigade collection to three regiments.   Sounds like a good excuse for another game of Longstreet. 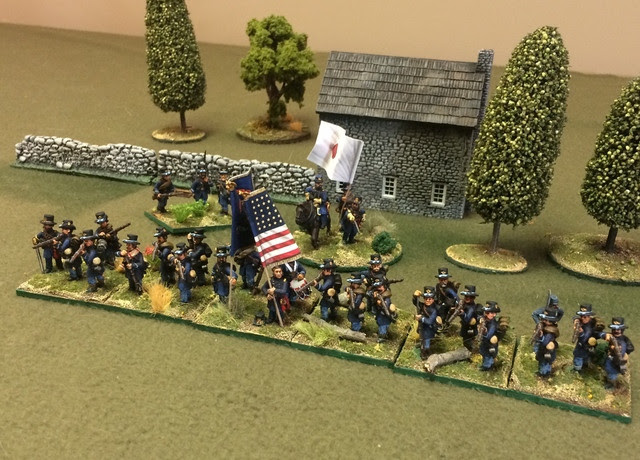