I thought it was time to pull the dustcover off a game I’ve had sitting in a cat proof room for many months.  It’s Lighy from GMT’s now OOP quad game, Battles of Waterloo, a 1995 Richard Berg design.  I’m embarrassed that this game has been sitting still since August.  Life happened, and I had to force myself to sit down and figure out the rules, which seemed a little opaque to me at first, but I think I understand the major mechanics now.

Now, in the middle of Turn 5, Thielman’s III Corps is now engaged to the east, while Zeiten’s 1 Corps has yet to be challenged for Ligny.  The fighting is on the outskirts so far.  This turn Pajol’s division of the Cavalry Reserve has been bumping heads with. Hobe’s III Corps Cavalry, while Milhaud’s cuirassiers have been battering the Prussians to the west.  Elements of Pirch’s II Corps are coming to the rescue.  Because the activation of units is random, the Prussian I and II Corps and the Imperial Guard, Gerard’s IV and Vandamme’s III Corps have yet to move. 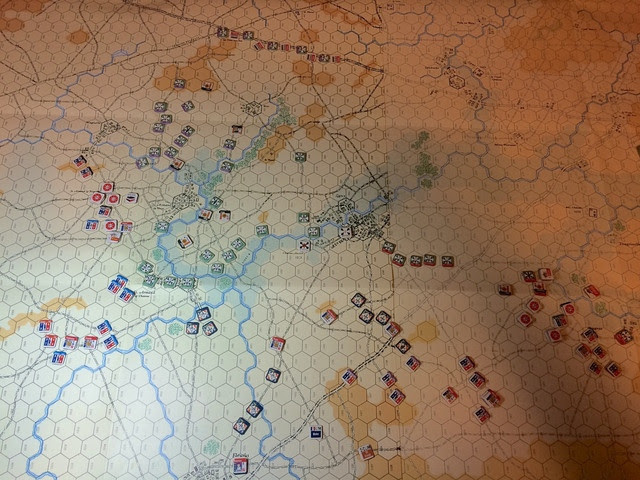 This pious fellow is helping me keep track of the turns.  He’s my lovely Santa Clause 2014 gift from Stefan of Monty’s Caravan fame. 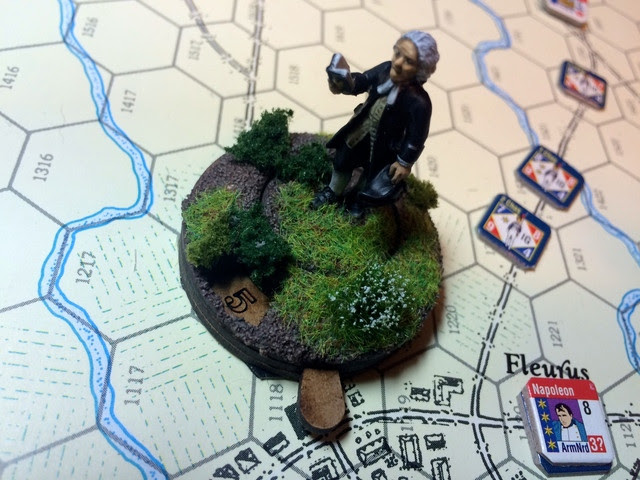 Here’s a close up look at the Pajol vs Hobe punch up on the French right.   Each of the units is a cavalry brigade and most have been in action this turn, hence the counters marked D1, showing disruption.  Disruption can be as a result of combat, but it also happens automatically to all cavalry at the end of the turn in which they Charge and Shock an enemy, so cavalry formations can quickly be used up.  As you can see here, Hobe’s cavalry are pretty much battered, but the fresh division of Exelmans is behind Pajol and could make life difficult for the Prussians on Turn 6 if Exelmans and the Cav Res activates before III Corps. If you’re curious about the size of the stacks, mostly the height is because of bookkeeping markers and leaders.   The rule is only one cavalry or infantry unit per hex, though a battery can stack with each or with another battery.  There are limits (9 I think) to the number of strength points that can fire out of a hex. 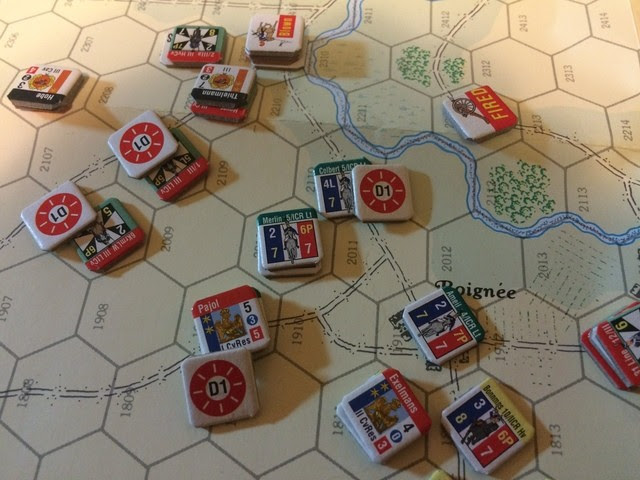 Meanwhile the Imperial Guard, with the fearsome Guard artillery to the fore facing five brigades of III Corps at the top right as they move to link up with I Corps at Ligny, and Gerard’s Corps at the bottom right, still have not moved this turn.  Ligny Chateau is probably safe for now, but the threat is building. 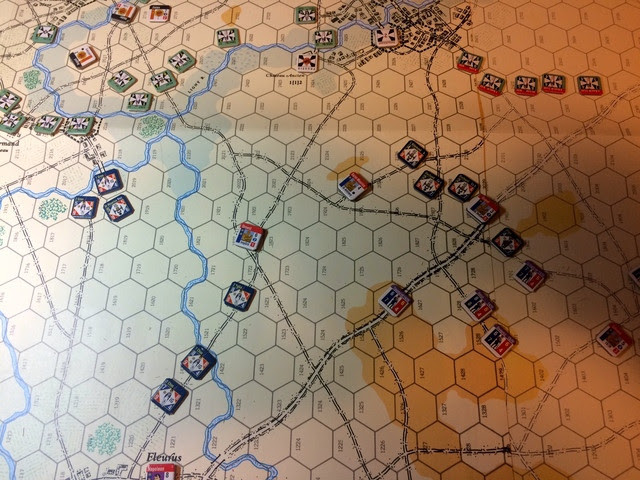 We’ll see how far I can get with this before next Tuesday.  I’d best get a move on because my stack of games to be played got bigger after these fellows arrived just before Christmas.  I blame Jon Freitag for putting me on to a sae by Multi-Man Publishing.  I elected to get four of their Brigade Series ACW games, including two different treatments of the Battle of Shilo, a battle I’ve always felt was under-treated by boardgame publishers. 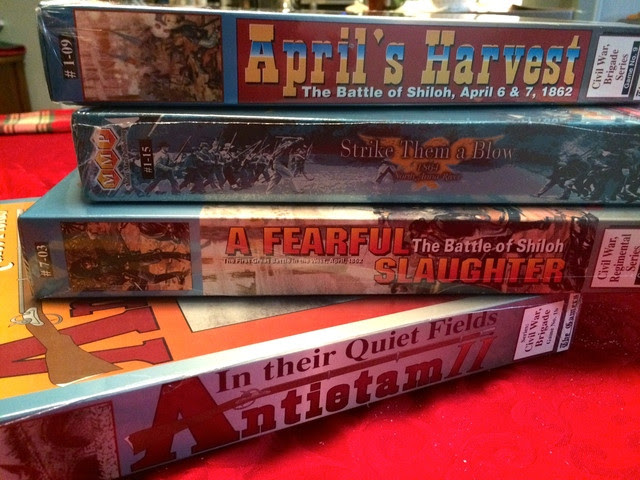 Speaking of games, only three seats left in the Diplomacy Game starting soon.