No games to report on today but I did get a box in the post yesterday.

Upon opening it I was very happy to find the Spanish Army expansion for GMT’s Command and Colours Napoleonics.  I had put an order in for it with GMT’s 500 reprint club, and had gotten a message from them recently saying my card had been charged, though they didn’t say for what (I have several 500 orders in and they charge credit cards once they reach 500 orders, hence, you know, the name 500 club, but I probably didn’t need to explain that to you, did I?  Right, never mind, carry on). 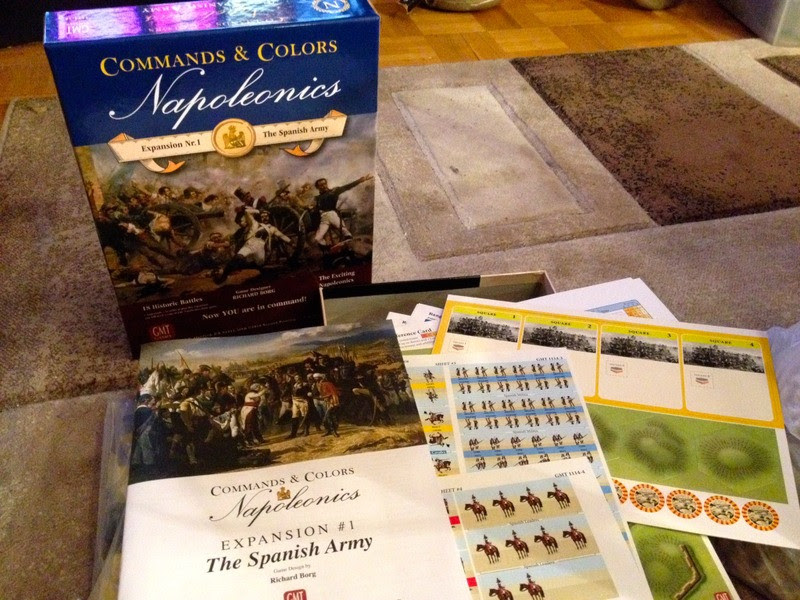 Anyway, hurrah, says I, I’ve now got the whole CCN series, though as I’ve just finished putting the Prussian Expansion stickers on the blocks, I think I’ll take the Prussians out for a test drive first.

This morning, as I was about to take the packing box down the hall to the recycling bin, I said to myself, “Hello, this box is still rather heavy.  Can they be using extra heavy packing peanuts?”  I looked under the peanuts and found this. 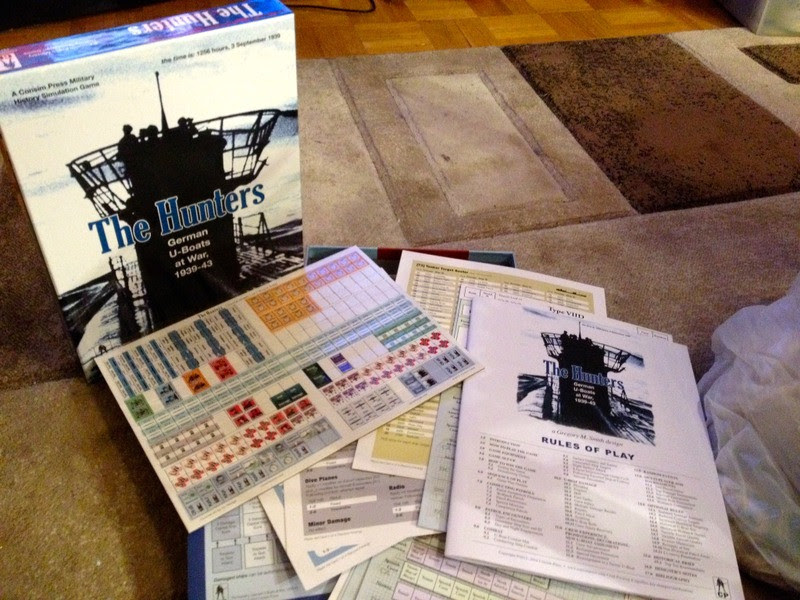 If there’s one thing the nice folks at GMT could do better, it’s tell you exactly what’s shipping to you.   Once I heard how good The Hunters was, and being fascinated by U-Boats since forever, I really wanted to have this game, and it was also shipped out to me.  Super excited to get it. The components look very intriguing, even if there’s no map.   I’m taking the rulebook off to bed with me now,