What ho, folks.  That capital artist fellow, Pete, has a splendid contest going at his blog, where you are invited to come up with a name for a Viking warrior he’s drawn.  Grab your shield, horned thinking helmet, and Danish axe and head over there.

Mmmmmm, delicious.   That desiccated thing on the left is a piece of hardtack from my last ever Civil War reenactment in 2006.  I found it while I was throwing some things out the other day.  It’s rather amazing that eight years later, it’s still mostly intact, save for that nasty spot.  Sadly, no weevils.  Our group made our own hardtack in those days.  When I started, it was pretty funky stuff.  I recall making hardtack with cinnamon and raisins in it because it was tastier that way.  Other folks just took Pop Tarts because they kind of looked like hardtack.   Eventually I gravitated to a more hardcore, authentic group and we made it following period recipes, using just flour and water. 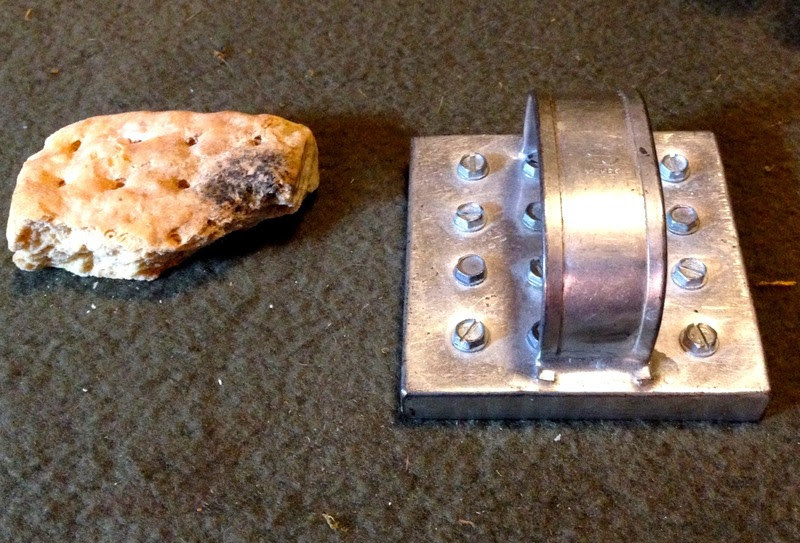 At some point I found this hardtack cookie cutter to get the right look.   We would make large batches, and take it to the field in wooden crates, where we would do ration issues.   Don’t ask about the sowbelly. 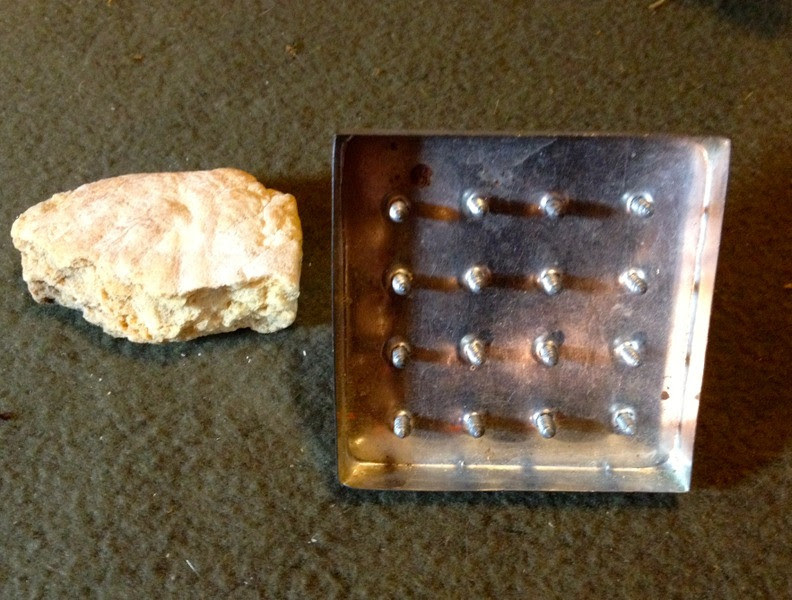 Hardtack was more a Union staple than a Confederate food.  The rebs favoured cakes or loaves made from corn flour.  Billy Yank wasn’t overly fond of it, and i can tell you that after a weekend living on these “dried mummies”, even when washing them down with coffee or pounding them into fragments and cooking them in bacon fat, they are pretty gross. Trying to eat one dry and risk breaking a tooth, or sucking on it to try and soften it, is just darned unpleasant.  No wonder hardtack inspired this satiric song, set to the tune of the popular song “Hard Times Come Again No More”.

Anyway, I’m not sure if this is a contest, but if you’d like to make your own hardtack, and want this uber cool cookie cutter, drop me a line.   Serve hardtack at your next ACW war-game.  Impress your friends.