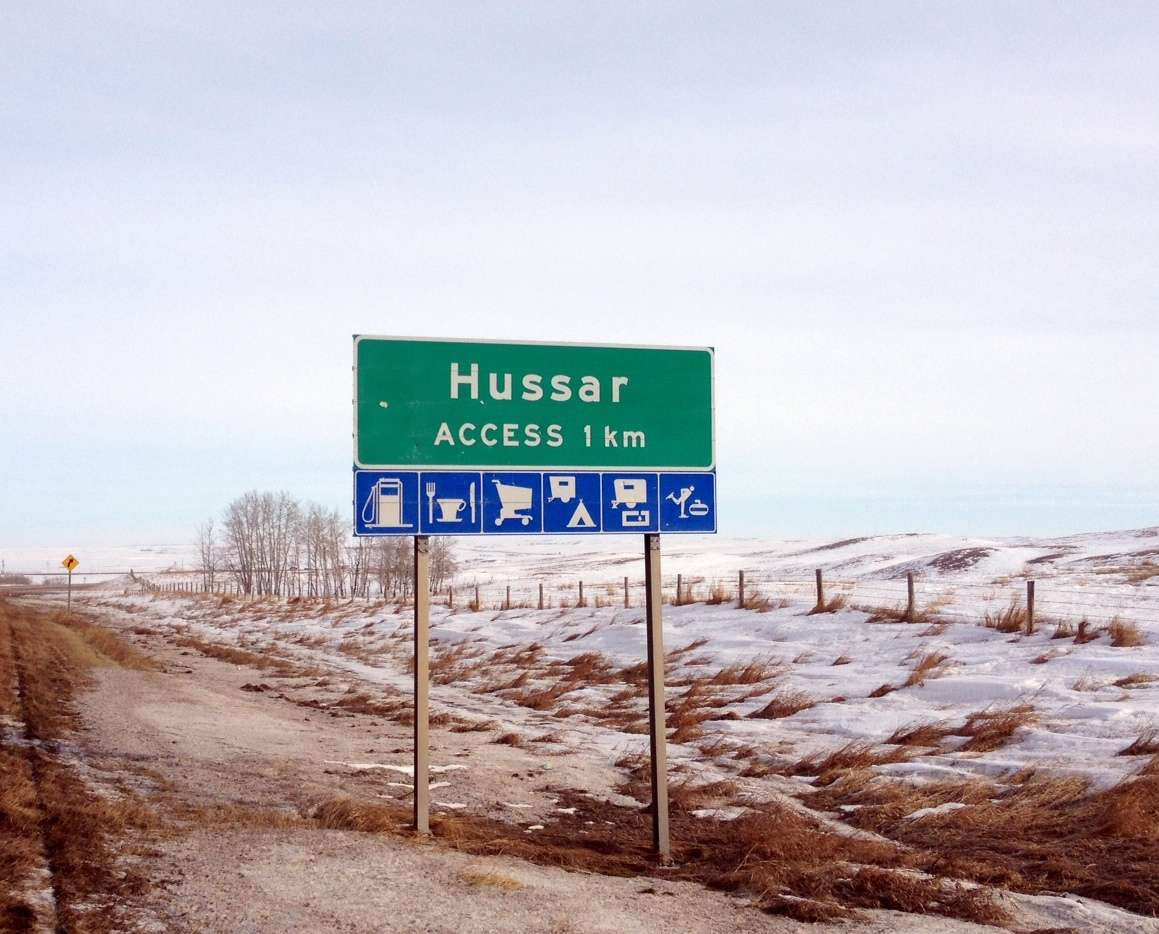 Yikes. Several weeks into this project, with the 20 March deadline of the Analogue Hobbies Painting Challenge almost here, and I'm still struggling with it, even after the end of my self-declared February Is Russian Month project. After a weekend off, during which I searched for inspiration by driving by Hussar, Alberta en route to Edmonton (executive summary, don't make a special trip, there's not much there), I am trying to get these fellows finished. If you missed the previous posts, they are a unit of 12 Front Rank SYW Prussian Hussars which I bought a long time ago for a Russian SYW army I was building. I always intended to paint them as Russians, and Curt's painting challenge was a great incentive to retrieve them from the lead pile.

Here are Privates Yuri Blogginsnik and Oleg Leadovitch, modelling the intended uniform, a sharp combination of yellow, red and black. It's reasonably close to the plate depicting a Hussar of the Serbski Regiment in one of the Osprey books on the Russian army of the 1700s. 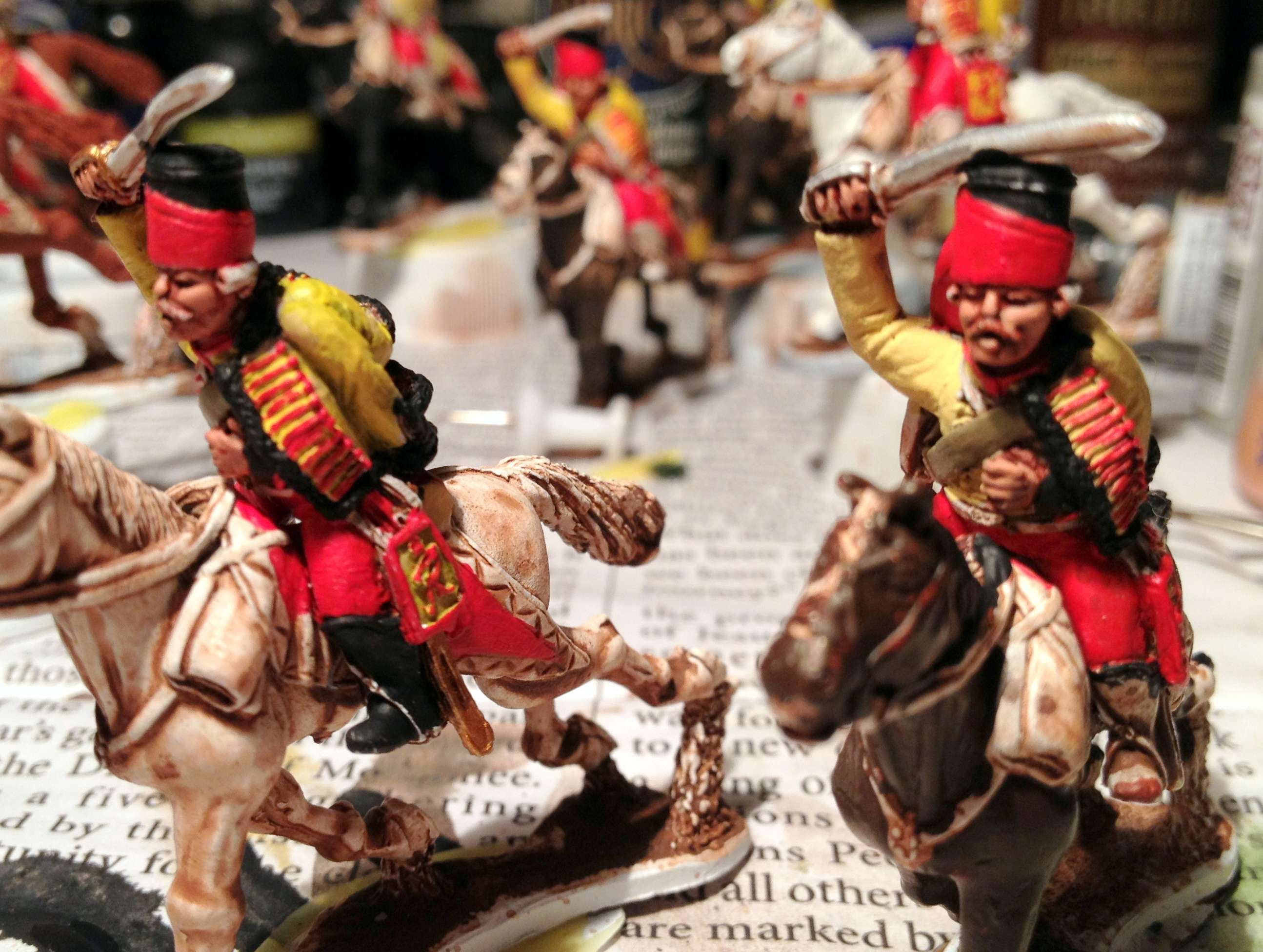 Here's the view from behind. I think I will have to drybrush the black fur trim on the pelisse so that the contrast with the yellow isn't so start. The yellow jacket also needs a light ink wash and then highlighting. Thank you James M for the suggestion to use yellow ochre as the base colour, that was helpful. 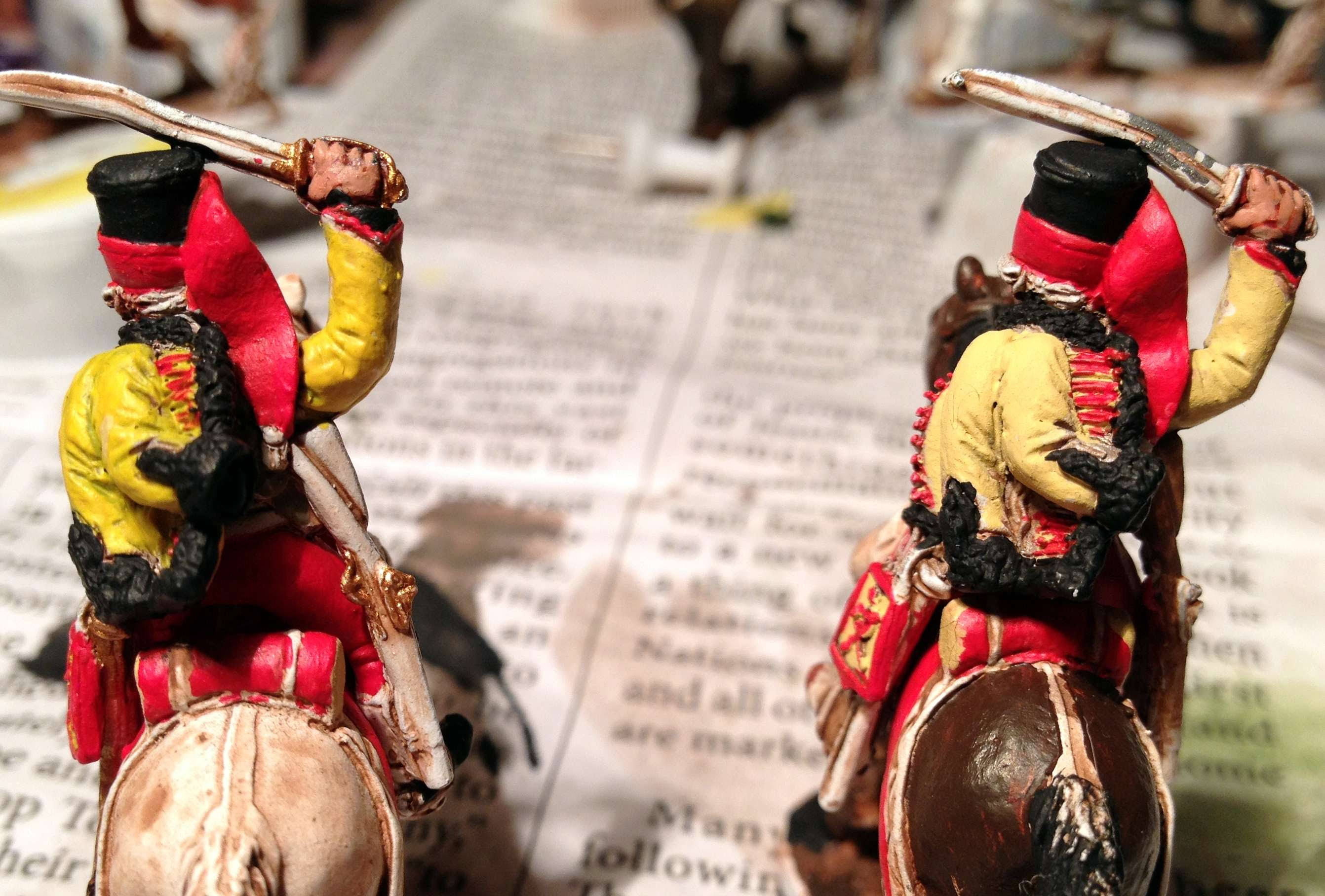 As you will have noted, progress on the horses has neen slower than on the troopers. I think I made a mistake in undercoating the horses in white, or at least in not darkening the white undercoat with a black wash before the base colours. I think I have several hours to just get the horses into shape, before I even start the tack and harnesses, and at the rate I'm going I'm lucky to get an hoiur a day in. As my friend Howard commented in an email today, 28m figures can be pretty but they can also be a PIAT to paint properly.

Also, you will notice in these pictures that the bottle caps have gone. These figures are heavy, and the white glue I use to keep them on the caps is not up to the strain when I tilt the figures in my hand to paint them. I've had several painful drops, but fortunately these Russian lads are of tough stock.