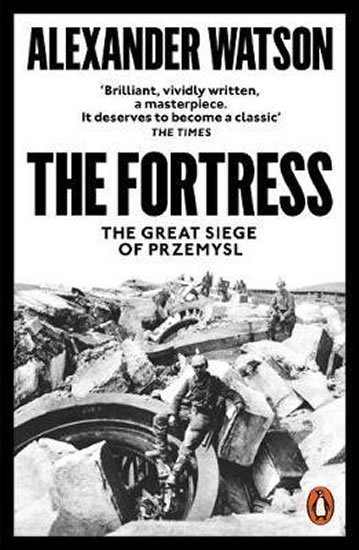 This is not as long a book review as my last one, more of an appreciation, really, but I can’t remember the last time a book of military history made such an impact on me as Watson’s book on this obscure battle of the Great War in the East.

For those of us in the Anglo-Saxon world, unless we are particularly well-read, our knowledge of the Great War on land is most likely centred on the campaigns in France and Belgium,  with side trips to the Dardanelles and perhaps the fighting in the Alps between Italy and Austria.   The Tannenberg campaign is probably the latest singular exception to this rule, but the frontier battles that raged in Galicia and the Carpathians in 1914-15, and which devoured hundreds of thousands of lives, were a mystery to me until several folks online said that this was a must-read for students of the Great War.

Alexander Watson is a relatively young professor at the University of London, who has already published one book on this subject, Ring of Steel: Germany and Austria-Hungary at War, 1914-18.   Fortress by contrast focuses on the Austro-Hungarian defence of Przemysl, a town on the edge of the Carpathians in what is now Poland, which was surrounded by a ring of mostly obsolete fortresses.   There was no vital reason to defend it, but after the collapse of the Austro-Hungarian offensive in Galicia in 1914, the decision was made for reasons of prestige to hold it with a scratch force of reserve troops from the town and from the far reaches of the Empire.   The city held out until the spring of 1915, when starvation forced its surrender to Russia.

I won’t try to duplicate the many glowing reviews out there, such as this one in the Guardian.   I found the book absolutely gripping, and could quickly see why it’s such an acclaimed and awarded title in military history circles.  I will also say that I found the book unbearably tragic.  Like all sieges, it has the same narrative arc of gallant defiance and comradeship giving way to dull despair as food and hope runs out.   Watson is drawn to the city’s unlikely defenders, mostly older reservists with obsolete weapons, but he is also clear-eyed as to the Austro-Hungarian Empire’s long record of massacres of the local population of Ruthenes (speakers of various Ukrainian dialects) as suspected Russian sympathizers (there are some dark photos out there).  On the other hand, the Russian regime’s treatment of the Jewish population could be just as grim, and as Watson notes, the First World War in Eastern Europe is a prelude to the ethnic cleansing and genocide of the Second World War.    Przemysl, a multi-ethnic city before the Great War, was greatly and sadly changed by the war, and its fate, like that of Sarajevo in the 1990s, reminds us of how fragile multi-ethnic societies can be when forces of hatred are unleashed.

The other thing I found particularly tragic about the book was the stupidity and callousness of the Austro-Hungarian army and its commander, Conrad von Hotzendorf.  It’s hard to imagine a more malignantly irresponsible figure in all of military history.  Whereas the Russian armies fielded against Przemysl appeared to be relatively competent, the  Austro-Hungarian command threw the lives of their troops away - there’s no other way to describe it.  This quote isn’t from the book but is from the must-read Twitter account of @PikeGrey1418 captures it well. 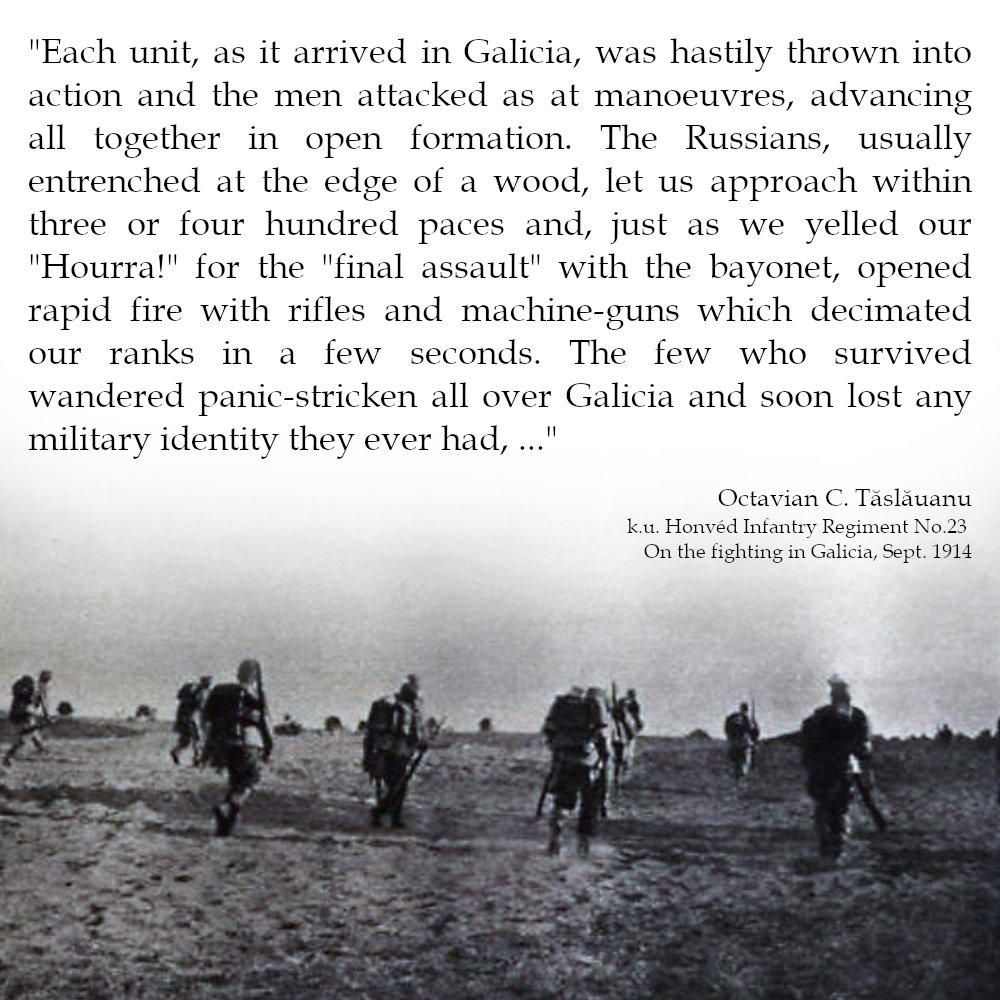 Watson’s book is full of this sort of account, and they still haunt me a month later.

Sitting on my games shelf is this mini-monster game from GMT Games, designed by Michael Resch. 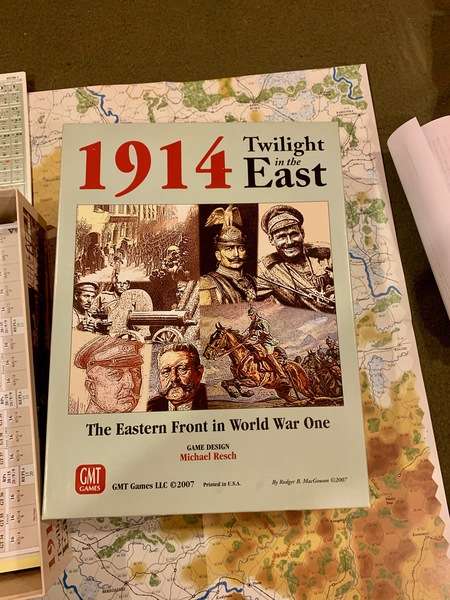 I confess I’ve had it for a few years, unpunched and still in the shrink-wrap, but after reading Watson I had to open it up and have a look.  Here’s the Galicia map, with just some of the counters. 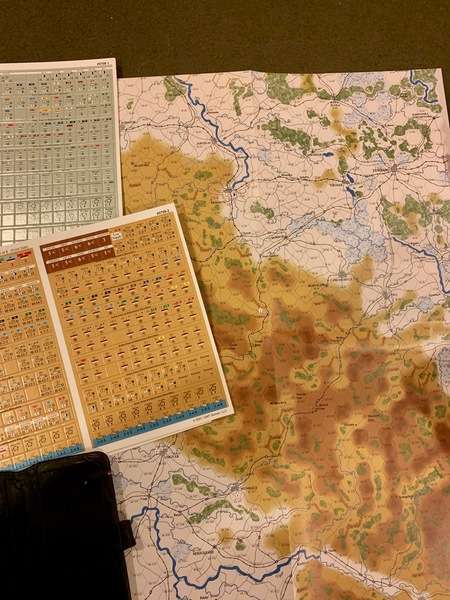 And there’s Przemysl, with its ring of fortresses. 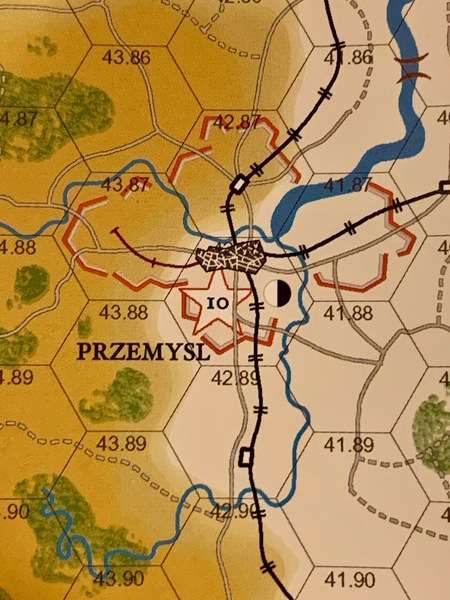 I may not get to this anytime soon, as I currently have a large Franco-Prussian hex and counter game on the go, but I am very curious to give this a go, as I’ve played Resch’s sister-game on the Western Front, and learned a lot about the difficulty of commanding large armies in that game.

Even if you never want to add this subject to your gaming repertoire, I can’t recommend Watson’s Fortress enough to you as a superb treatment of an obscure campaign.   Just be prepared to be a little haunted by it.

Blessings to your books,