I recently entered this portentous fellow in the Analogue Hobbies Painting Challenge as an entry for the Bonus Theme Round entitled "East".﻿ 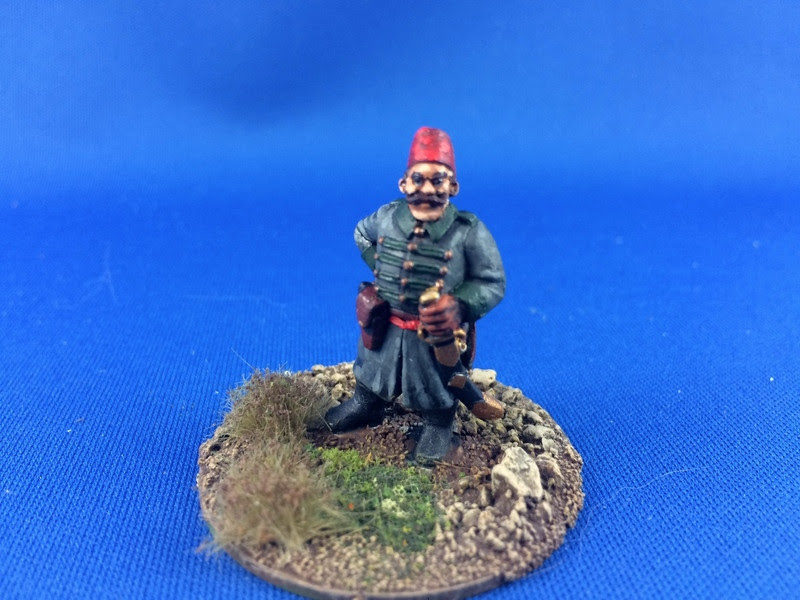 A chap in a fez seems exotic enough to qualify as "East", to my mind, and I was relived that the estimable Sidney Roundwood agreed: " Nothing quite screams "EAST" to me quite like a capaciously large Pasha, a pair of Turkish slippers, a plate of delicious Baklava and an illicitly filled pipe of hashish. By the look of this chap, he's competing to fulfil all four of those..."

Exactly.   This sculpt is by Bob Murch of Pulp Figures, and was created by Bob as this year's Movember entry.  As Bob's many fans know, he has sculpted several figures for this charity aimed at fighting illnesses experienced by men, and if you send Bob your Movember tax receipt for your donation, he will send you the figure, charging only for postage.

Perhaps the Pasha was a veteran of Gallipoli, and now, as a senior Turkish politician or general, has returned for a ceremony, where he will doubtless give a fiery speech. 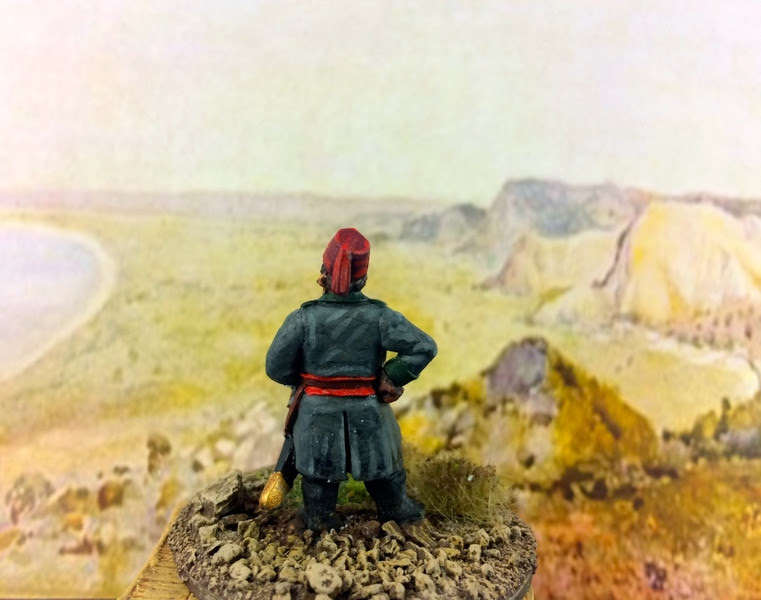 Another Turkish leader was Jon Freitag, proprietor of the Palouse Wargaming Journal, who played Turkey in my play-by-blog Diplomacy game in 2016, and who won quite handily.    As followers of this blog may recall, the game ended in 1907 when the German player conceded the victory to Turkey.  Jon, this figure will be going out to you by post next week, as promised long ago, to honour your achievement.  Well done. 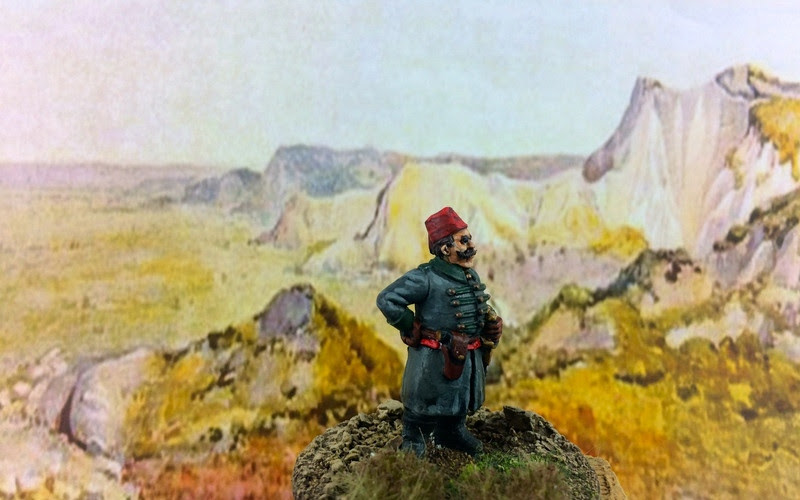 There is still a prize still owing, to Ben (Johnny Rosbif) Gilmour who played Italy with brio and panache and won my very subjective prize for best diplomacy and role-playing.   Ben, I have decided on your figure and will start painting it this weekend.

With all that is going on at home, I don't see another online game of Diplomacy in the near future, but perhaps in the latter part of 2017 or early 2018.