Picking up on my last post, here is a preview of where my 1930s Canadian Pulp Project, The Rociies Ablaze, is going.   First, here’s what I’ve done thus far, artfully arranged on top of a roll of Christmas Village snow from the local craft store (Michaels).  It rather looks like dry ice at a rock concert, but it does give an impression of snow and thanks to post Christmas sales, I have rather a lot of it.

“I’m telling you, Sergeant, it were a big balloon, and it passed south over Dead Man’s Pass." 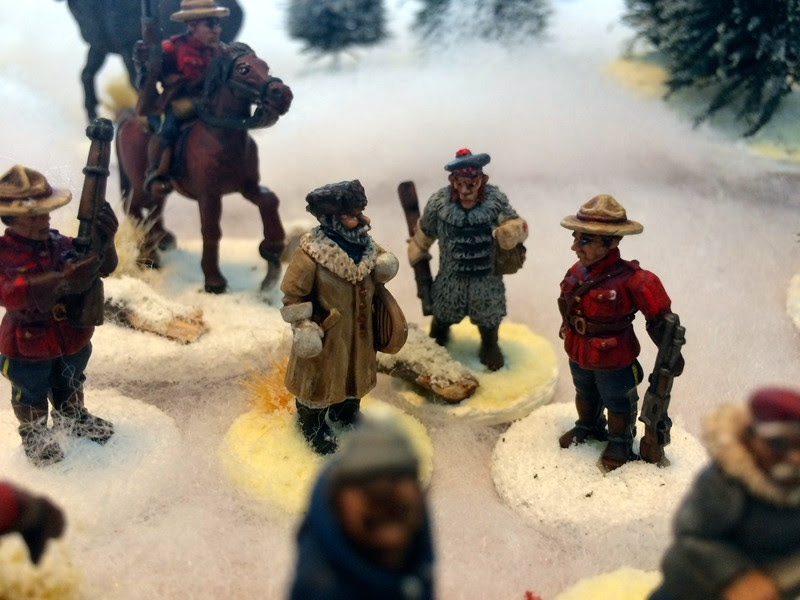 Here’s the big balloon (sorry, not a balloon, an AIRSHIP - step outside!).   Obviously it’s not to scale, but it will serve as a backdrop over the picturesque Rocky Mountains, if I can devise some sort of stand for it. 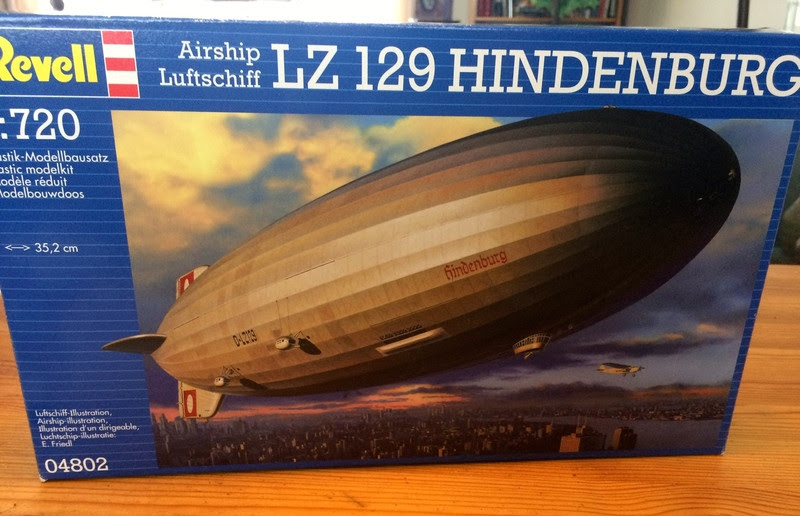 The Zeppelin crew - Bob Murch Zeppelin Troop scrulpts/  They look a little more Imperial than Nazi, but no matter, they are darn cool, and they may need some sort of bridge mocked up for them to hang out in. 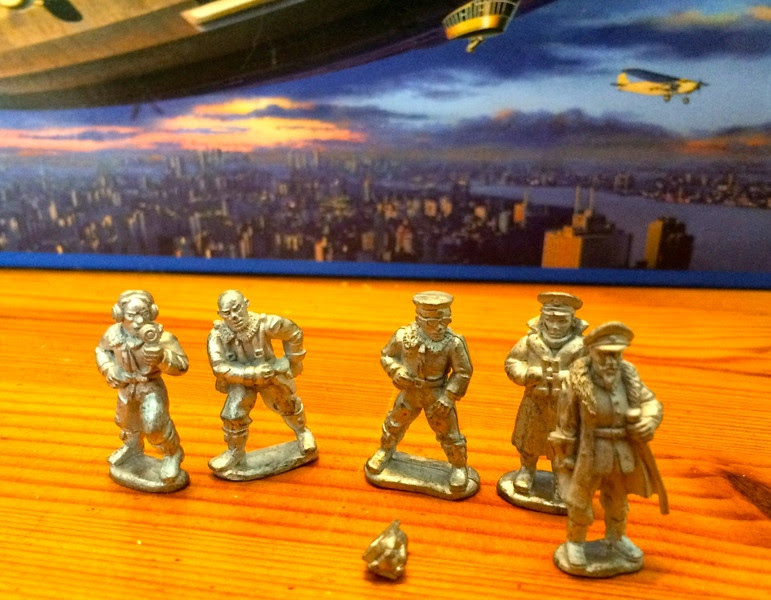 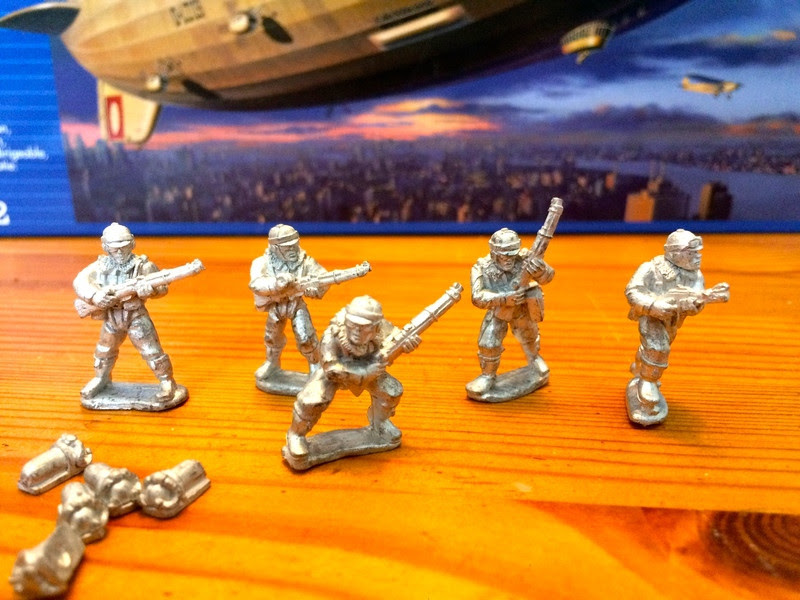 Zeppelin troop landing party in gas masks.  Some sort of gas might be useful to allow them to secure their primary objective, namely capturing a werewolf to take back to the Reich for crossbreeding and research.  If I was tasked with capturing a werewolf, I would want to have lots of sleeping gas on hand. 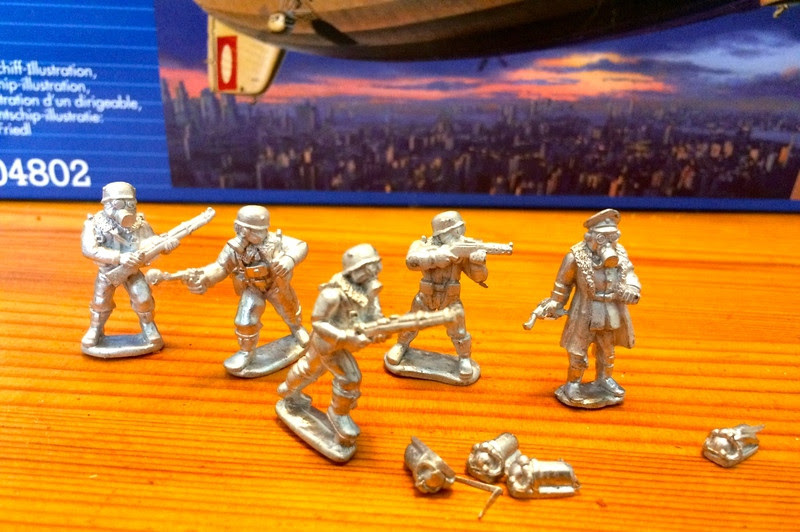 More Zeppelin troops in gas masks.  I probably have enough Zeppelin troops now.  There is a question of how they will get to the ground … either fast roping or perhaps some smaller airship that can tether to the zeppelin mother ship, in which case I need to scratch build something.   Perhaps my friend Dan H, the master of scratch building disaster, can help here.  Thoughts? 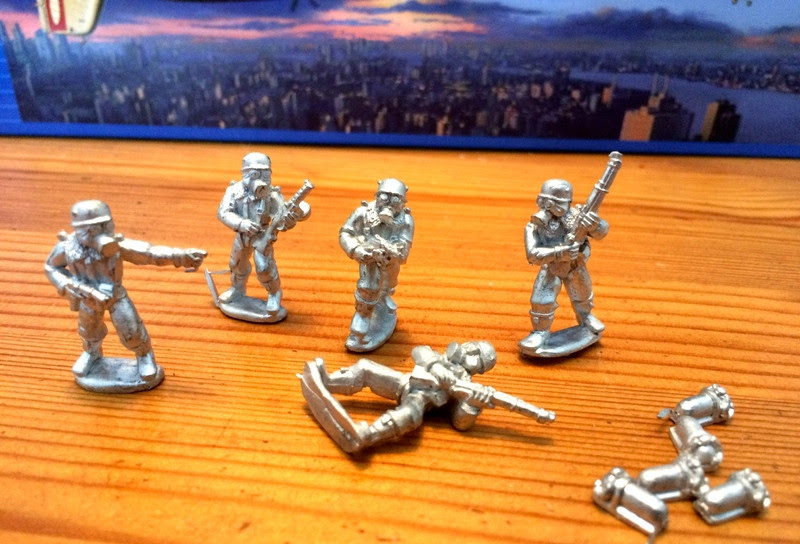 i picked these guys up from a bring and buy table earlier this year.  They are BEF early WW1 signal troops, which appealed to me because the Mounties might need aid to the civil power from the Canadian Army Permanent Force, doubtless Princess Patricia’s Light Infantry from the Calgary garrison.  Certainly a command and signals group would be useful in giving some admin support to the Mounties’ command post.

If I want to flesh this out a bit, I have some suggestions thanks to the stout chaps at LAF, including what look like early WW2 BEF Tommies in greatcoats from Gorgon Miniatures, or some minis from Tiger  Miniatures from their Winter War series, about the 1919 Allied intervention in the Russian Civil War - while slightly primitive sculpts, the troops have greatcoats and fur hats and look like they would fit in with the Pulp Figures stuff.  There is also a pack of late WW1 British infantry in greatcoats from Great War Miniatures which could pass easily for interwar Canadian troops.

Finally, for no particular reason, but just because I adore Bob Murch sculpts, I felt the need to allow for a canoe chase between a mad trapper who is quite possibly a werewolf …. 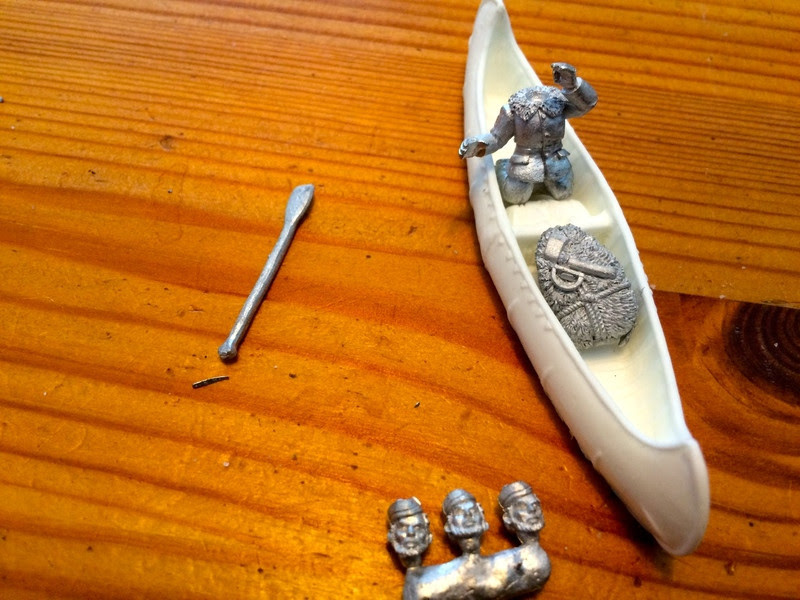 … and the Mounties.  Note that neither Sgt. Prestown nor his amazing dog Cuddles are wearing flotation devices.  Terrible examples, Bob. 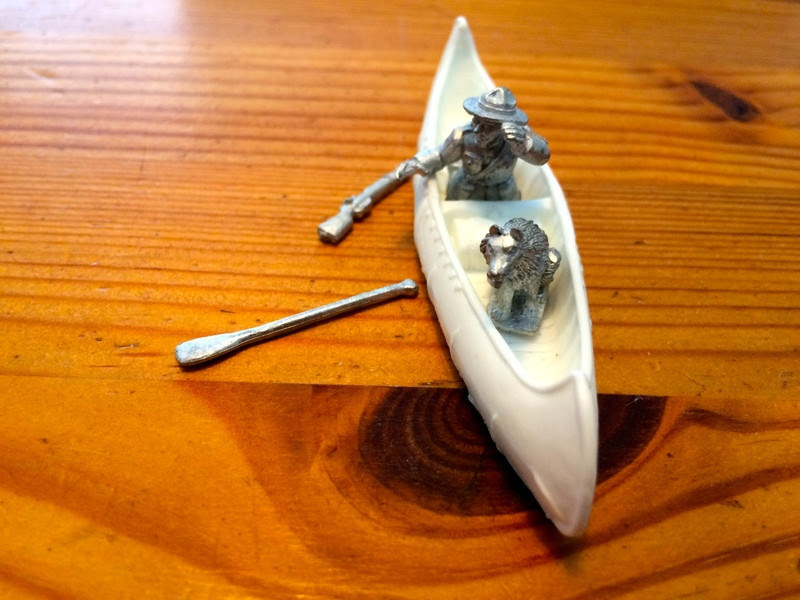 Well, chaps, that’s the project for now, slowly taking shape.   Given that the last months have been pretty rough, I am not sure when I will have something playable, but as long as I have fun.   Now, where did I put my trusty shoeshoes?   <whisltles>  Come along, King, there’s work to do and bad men to catch.  Stay vigilant, chaps!