I entered this dynamic duo in the Analogue Hobbies Painting Challenge last week and am finally showing them here. 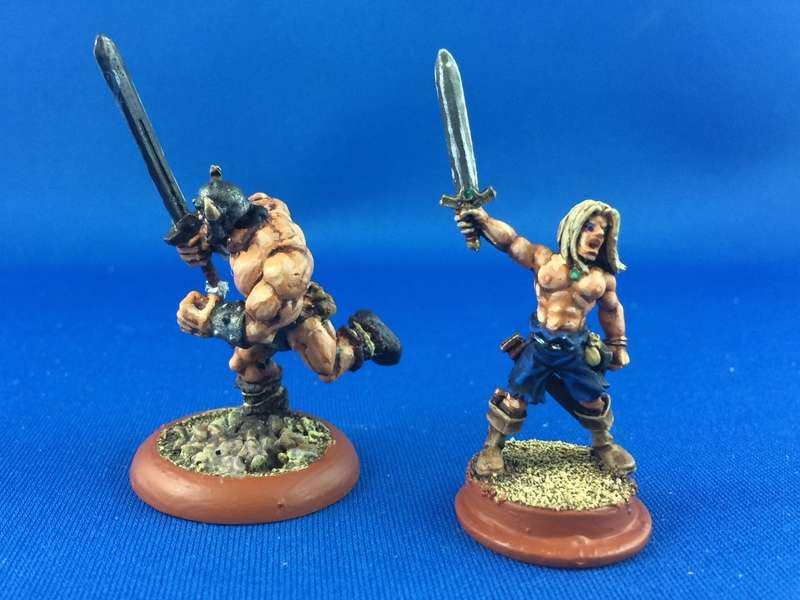 I ordered these lovely 28mm figures from the UK’s Heresy Miniatures as a Christmas present to me, along with some of their other fantasy figures, and am very pleased with them.  The young chap n the right will be the leader of my force of Wild Men of Dunland, and his friend to the left will be the prince’s pet half-ogre champion. 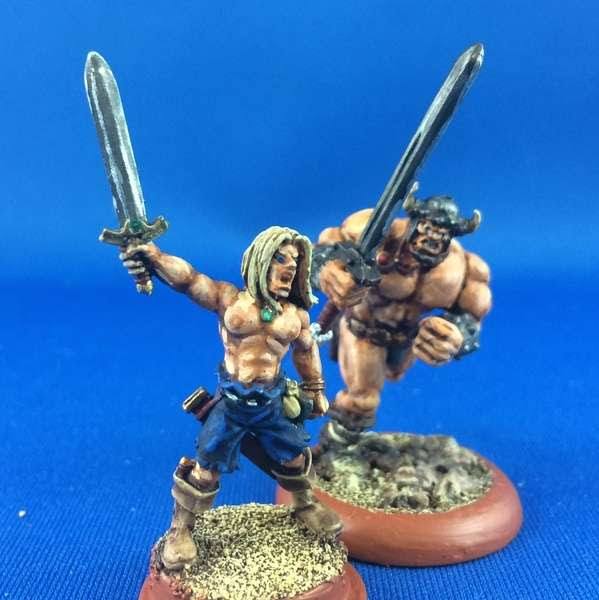 I found Heresy a pleasant company to deal with, their order was shipped promptly and contained three peppermint humbugs that looked suspiciously like eyes of Sauron.  Creepy.  Their figures are crisply sculpted with a minimum of flash.   The big fellow ships with an assortment of weapons and parts to position in his arms in various positions.  I am a little spatially challenged and so I could not get the arms positioned to mate with the hands sculpted to the two-handed weapons, so I opted for the sword and clenched fist look 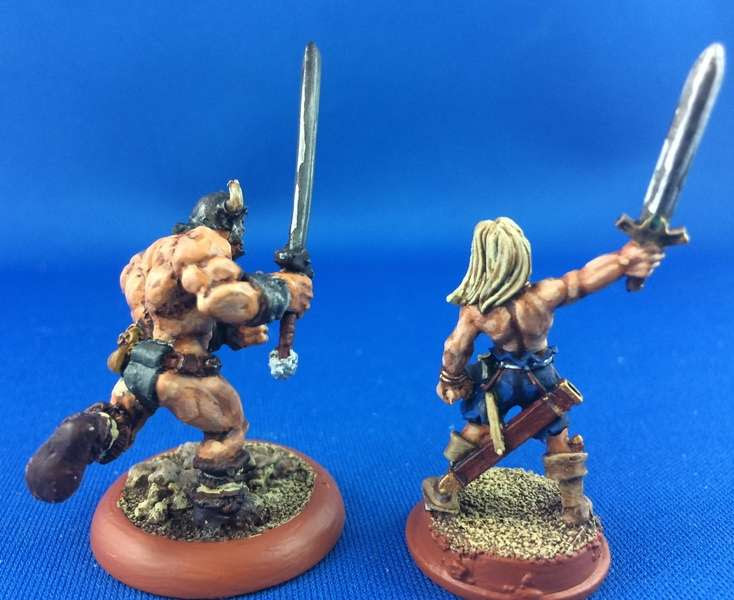 In Dragon Rampant terms I think I would count the big fellow as a six Strength Point single figure unit, probably rating him as Bellicose Foot along with the rest of the Dunlendings.

Several other Heresy fantasy figures came with my order and I look forward to getting to them soon.  I am very pleased to have discovered this company.

The barbarian reminds me of a young officer I served with, whose blonde mane of hair was a thing of beauty if somewhat non-regulation, and who could usually be found during the workday in the gym with a protein shake in one hand and a sixty-pound barbell in the other..   I was delighted when he confirmed on Facebook that it was indeed a good likeness. 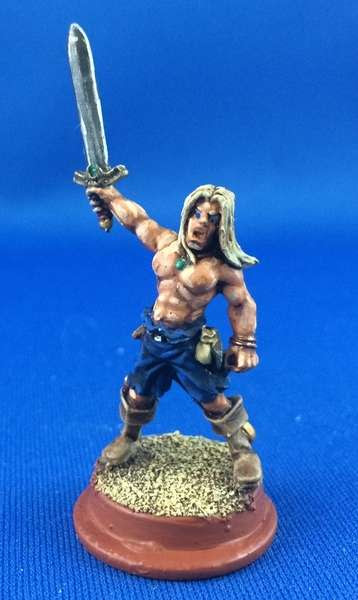 This completes my Dunlending project, though I may get another pack of eight archers to give me two units of twelve missile troops each.  Here Saruman poses with the graduating class of the Isengard Infantry School, serial 17-1.

Thank you for looking and blessings to your brushes!