Today a bit of a Mexican standoff is going on between the last two figures to be painted from the Bob Murch Pulp Figures Dangerous Dames 2 set. I love painting these figures.

These two ladies have been glimpsed on my Saturday Painting Table posts of late.  Now they’re done and will be part of my Weird War Two collection, which I need to revisit.

First is Mademoiselle Madeleine la Roque, who was a graduate student in ancient languages at the Sorbonne before the Occupation.   She may be bookish, but she knows her way around an MP40 and is widely respected in Resistance circles for her planning abilities.   I’m thinking she needs some compatriots - perhaps these ladies to form the dreaded and ruthless Communist resistance. 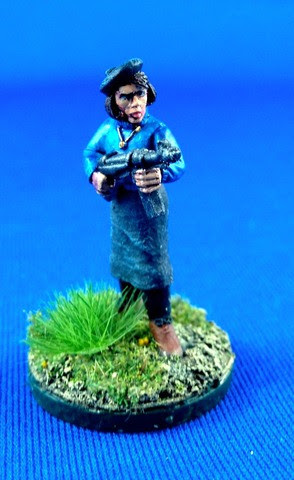 Oberleutnant Anna Hertzog flew as a test pilot before being recruited for special courier duties.  She would prefer to be flying state of the art aircraft rather than transporting sinister passengers and secret cargo to obscure Baltic bases that don’t show on any map she’s ever seen.   She really needs a model aircraft - I’m thinking maybe this one. 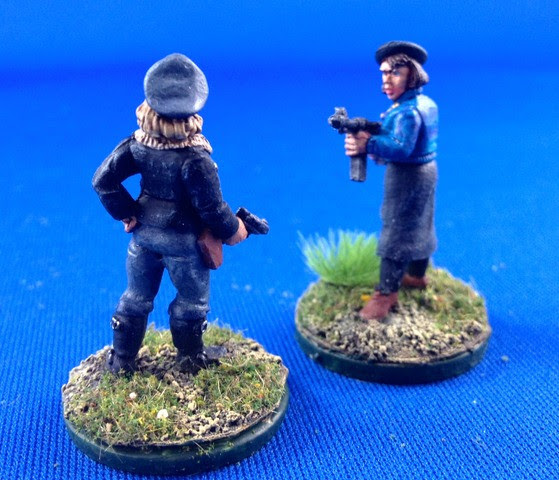 “Ach!  French cow, Ii you knew vy I haff landed here and vat horror vas coming, you vud not be so brave mit dat machinepistolen, I am sinking”. 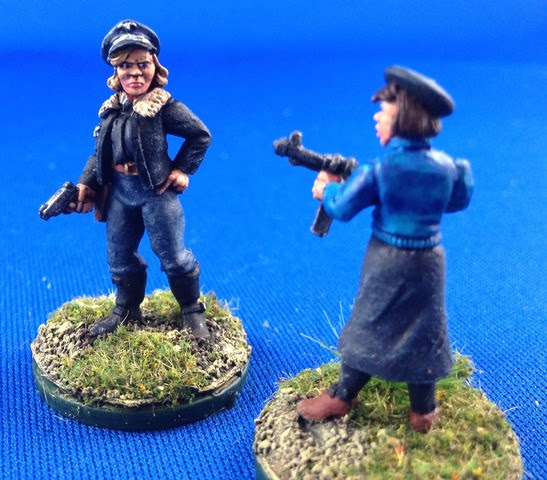 How will this tense standoff end?   Gunplay?  Reinforcements?  Maybe a truce and a bottle of wine?  Who knows?

These figures bring my 2014 totals to date to: