I've been away in Ottawa these last few days for a wedding and meant to get some background stuff/fluff posted for my Weird War Two project, but internet access was spotty. So here's a chance to show some more pictures of the Commando Characters I recently finished, to lay out some back stories for them (because it amuses me), and to try the character generator mechanism for Savage Worlds, the RPG rules set that I want to use for this project.
Major Graham Macallan is the officer commanding S Commando, the military arm of Project Alice, the Allies' counter to sinister occult forces stirring in the Third Reich. Macallan inherited Kinch, the family estate in the Western Highlands, when his father went missing in the trenches in 1917. By long tradition the Lairds o'Kinch have been soldiers, and Graham was commissioned into the Black Watch in 1937. 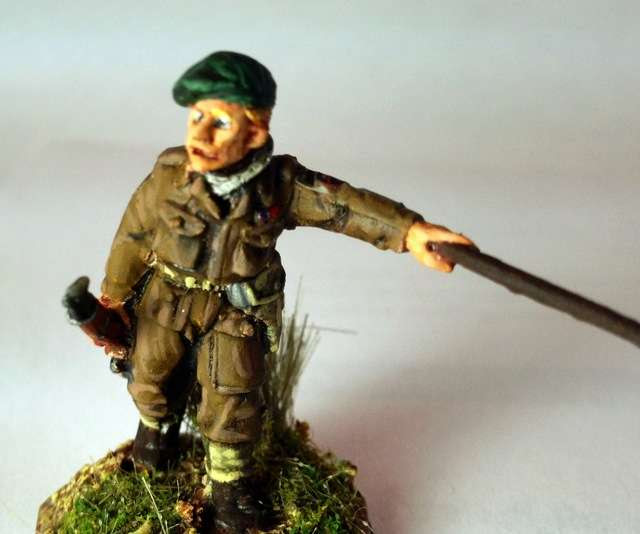 While serving with the 1st Black Watch during the German invasion of France, his company was cut off along with the rest of 51st Division at St. Valery and presumed captured. However, Macallan and his company made it through the enemy lines by night and found the last Royal Navy destroyer lying offshore. His debrief was going well untl he mentioned that it was his father who had guided him through the German lines to safety. He was awarded the Military Cross for his bravery, but a hero who took direction from his dead father left the Army doubting his sanity and reliability. Fortunately his file found its way to Project Alice and Brigadier McAllister, who has a keen interest in all things supernatural. 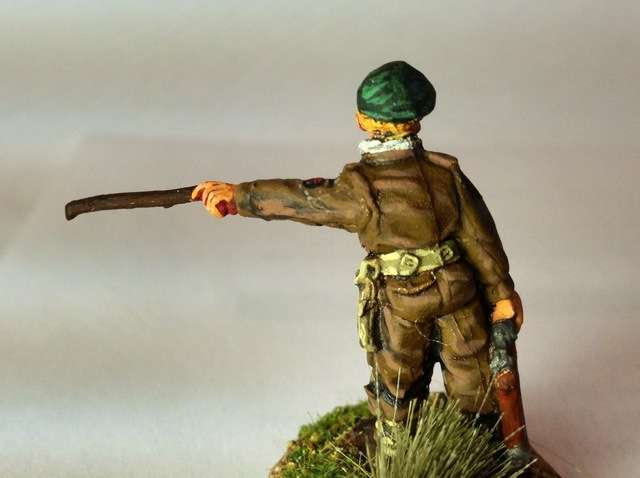 Known to his men as "the Mad Major", Macallan has a first rate tactical mind and has an uncanny ability to see opportunities in battle. He is also quite eccentric, obsessed with legends of the Highlands and with a Sir Walter Scott-like code of chivalry. As part of this obsession, he is never comfortable going into battle without his piper at his side. On occasion his men will see him speaking to thin air, as if talking to someone who is not there, but these invisible conversations always seem to leave him with some insight that helps keep them alive, so they trust him.
The "father's ghost" idea came from me looking at a wonderful figure in a Great War miniatures character pack, a British officer in a turtleneck sweater with a shotgun under his arm, and wondering what I would do with it. My plan is that in any action or campaign setting where the Laird o' Kinch is present, he will get so many interactions with his day's ghost, gaining intel on enemy positions, terrain features, etc, which seems in keeping with old stories of Scots having the sight or similar supernatural tendencies.
Major Macallan's Savage World Statistics
Attributes
Agility (d4) = 1
Smarts (d8) = 3
Spirit (d8) = 5
Strength (d6) = 1
Vigor (d8) = 2
Skills
Fighting (d8) = 5
Knowledge of battle (d8) = 7
Notice (d6) = 1
Shooting (d6) = 5
Survival (d4) = 2
Persuasion (d10) = 9
Climbing (d4) = 4
Major Hindrance = Code of Honour
Minor hindrance = quirk - bagpipes in battle, habit - carrying his father's ashplant walking stick
Leadership Edge = Tactician. If he makes his Knowledge of Battle roll, can gain extra action cards and give them to subordinates
Rank / experience: seasoned