Another hat-waving "harmless personage" as Sam Watkins of Co. "Aytch" would say. This Renegade Miniatures Confederate officer is another hat-waver, either leading his men from the front, or, in my opinion, waving them off from behind before he returns to his mint juleps to await news of the attack. Most of my ACW collection is based in group stands, a legacy of my time using Johnny Reb rules, but this fellow is indiviually based to fill a need for Confederate Big Men for the TFL Terrible Sharp Sword skirmish rules, which I've become quite fond of. 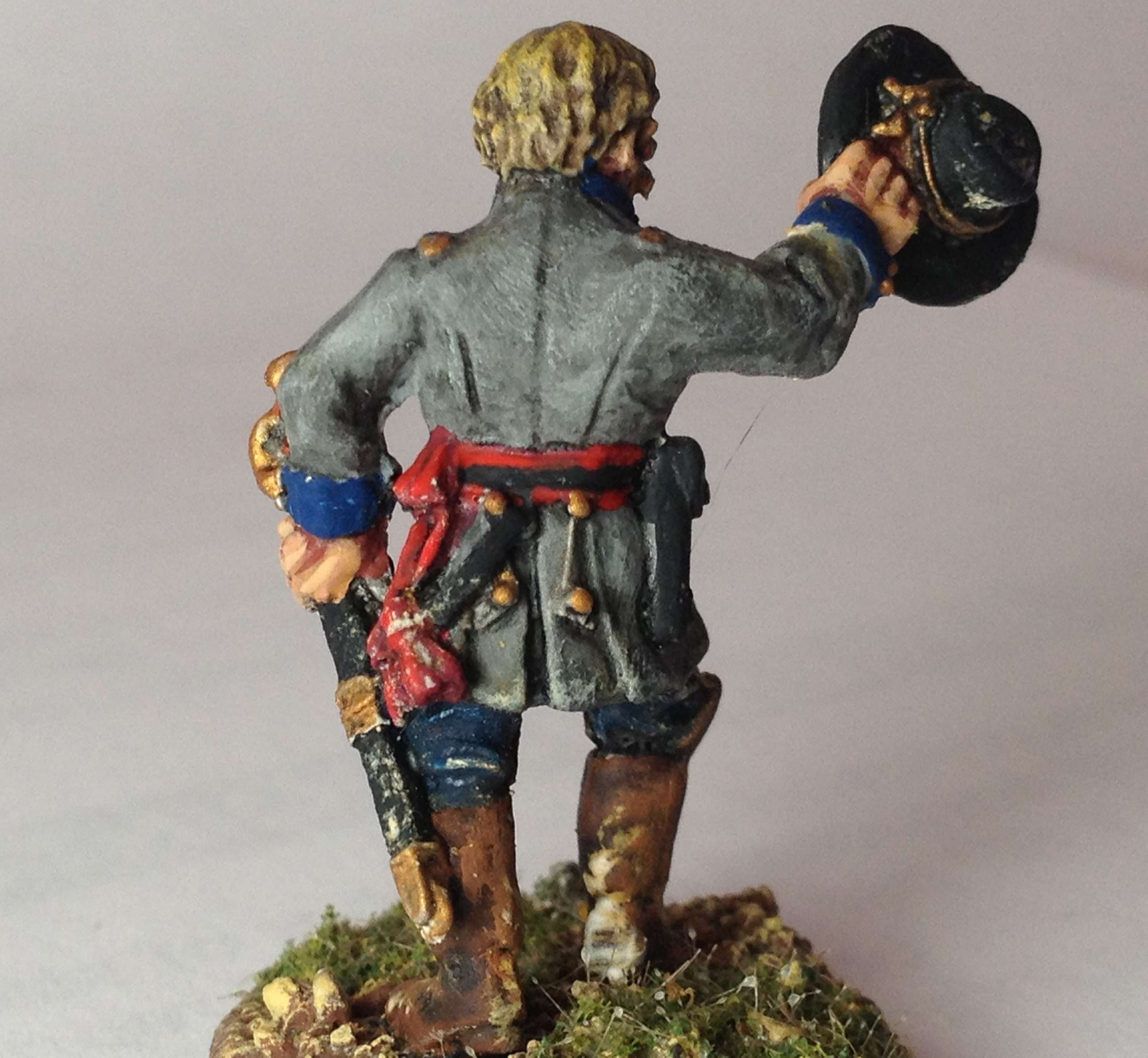 Now I have a decision as to what to do with the rest of his peers, still in the Renegade Rebel Skirmish box. They are nice sculpts, and I am inclined to base them individually as well for TSS. I can always get a box of those new Perry Brothers plastic rebel infantry to flesh out my rebel units for bigger battles. 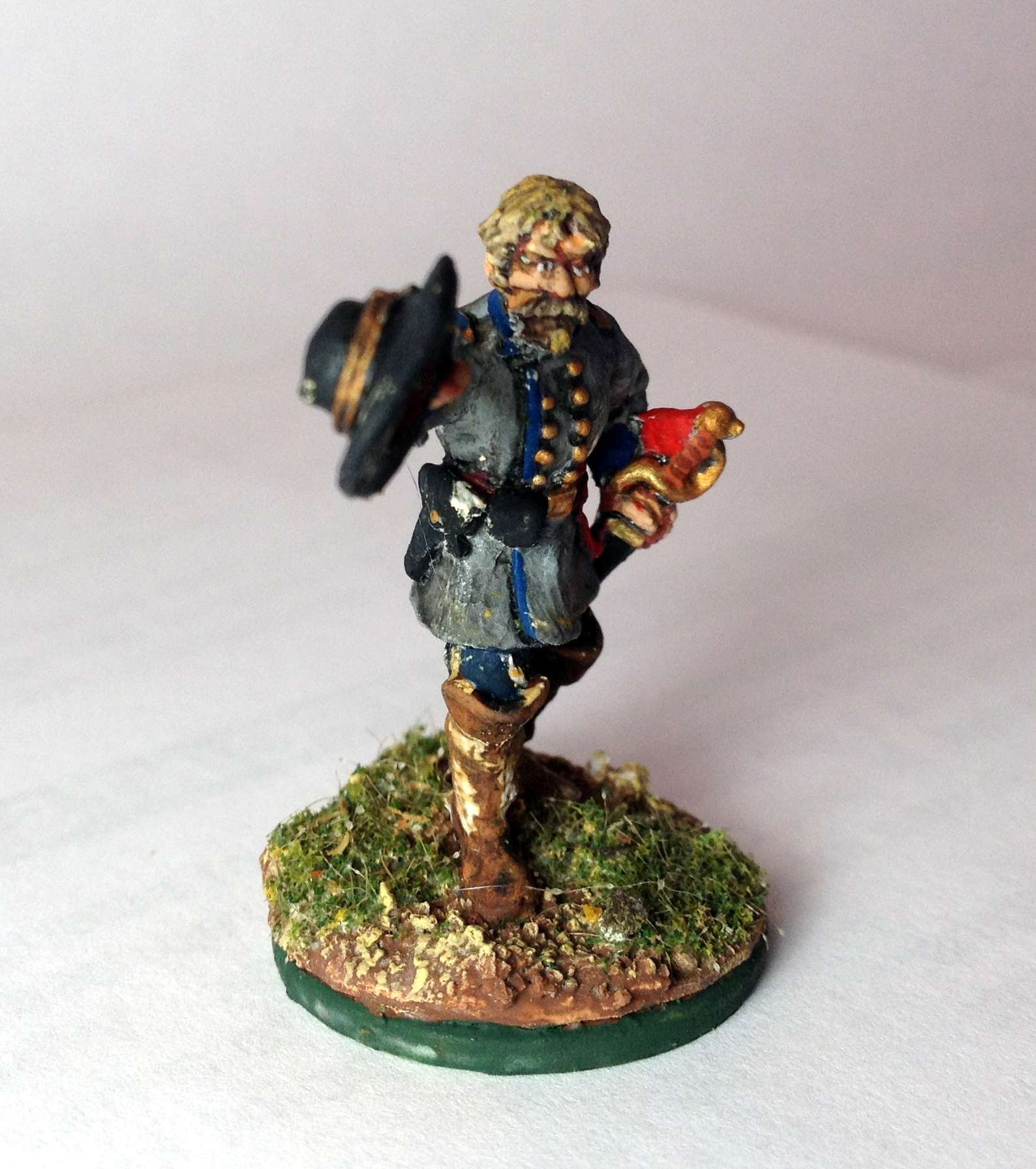 If you're wondering what that light ochre colour is on his boots, coat and hat, I was experimenting with some Vallejo pigment for the first time, to see if I could get a mud spattered look. I'm not sure it was a success. I could have been more successful just drybrushing a yellow ochre onto him, I think.

I'm happy with the face. There is something a little roguish about him. He kind of reminds me of Don Johnson's planter character in Django, which Mrs. Padre and I saw last night, and of which my mind is quite divided. 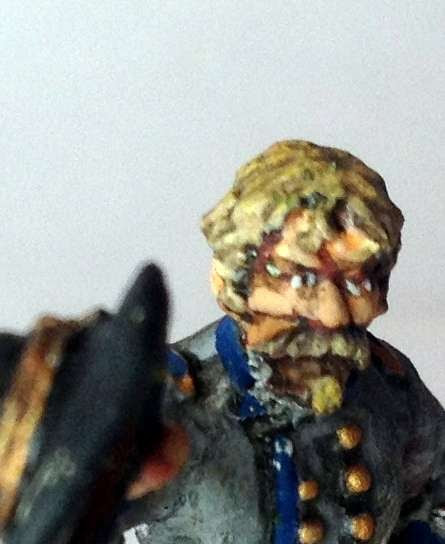 I'm pretty sure we'll see him hat-waving his boys to death or glory pretty soon. Thanks for looking, y'all.