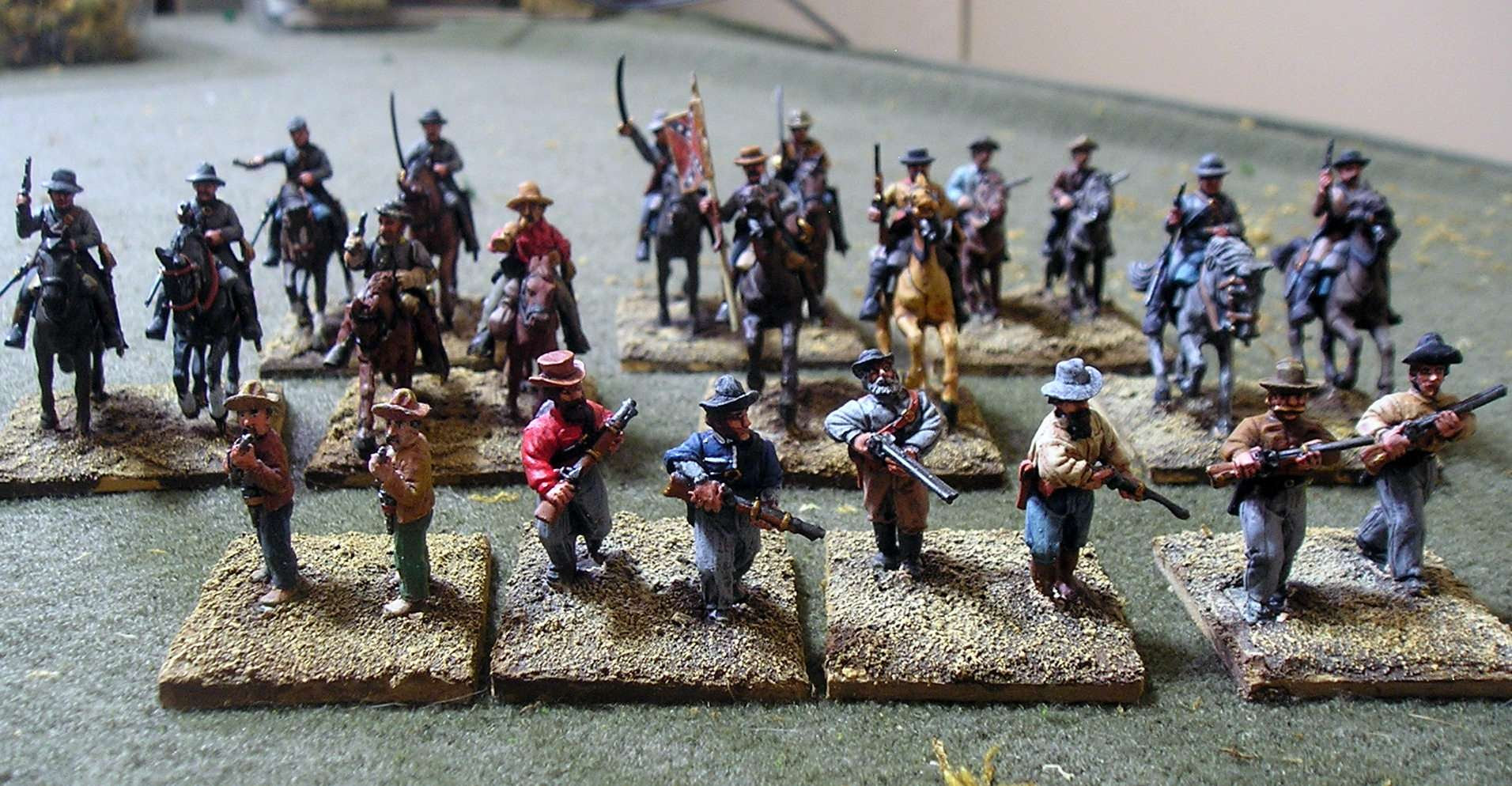 I mentioned The Guild webforum's build projects in my last post. Their 2012 Project competition helped me focus on expanding my 25/28mm American Civil War collection as a main focus for this year. Sounds like a good idea, but the devil is in the details, and in the deadlines.

Midnight UK time (afternoonish here in western Canada) was the deadline for the first installment, and I committed myself to producing a regiment of Confederate cavalry mounts and dismounts. These would be useful for both Lardies ACW rules I play, as well as a return to my roots with Johnny Reb.

The deadline came much more quickly than I had anticipated, and so last night I slept little, painted much, cut some bases out of MDF board without amputating any digits, and got these dashing cavaliers mostly finished and based. Hopefully that counts for the Guild deadline.

The cavalry shown here are mostly Perry plastics. They are nice figures, with a variety of poses and weapons to choose from in the assembly, and look quite good when finished. I am quite happy with the finished product. The mounted officer and the bugler in the red shirt are Foundry figures, from the Rebel Cavalry Command blister, which have been kicking around my lead mountain for ages. The banner was included in the one page wargames rules included in the Perry box. It's a placeholder until I can get a proper cavalry flag from GMB. 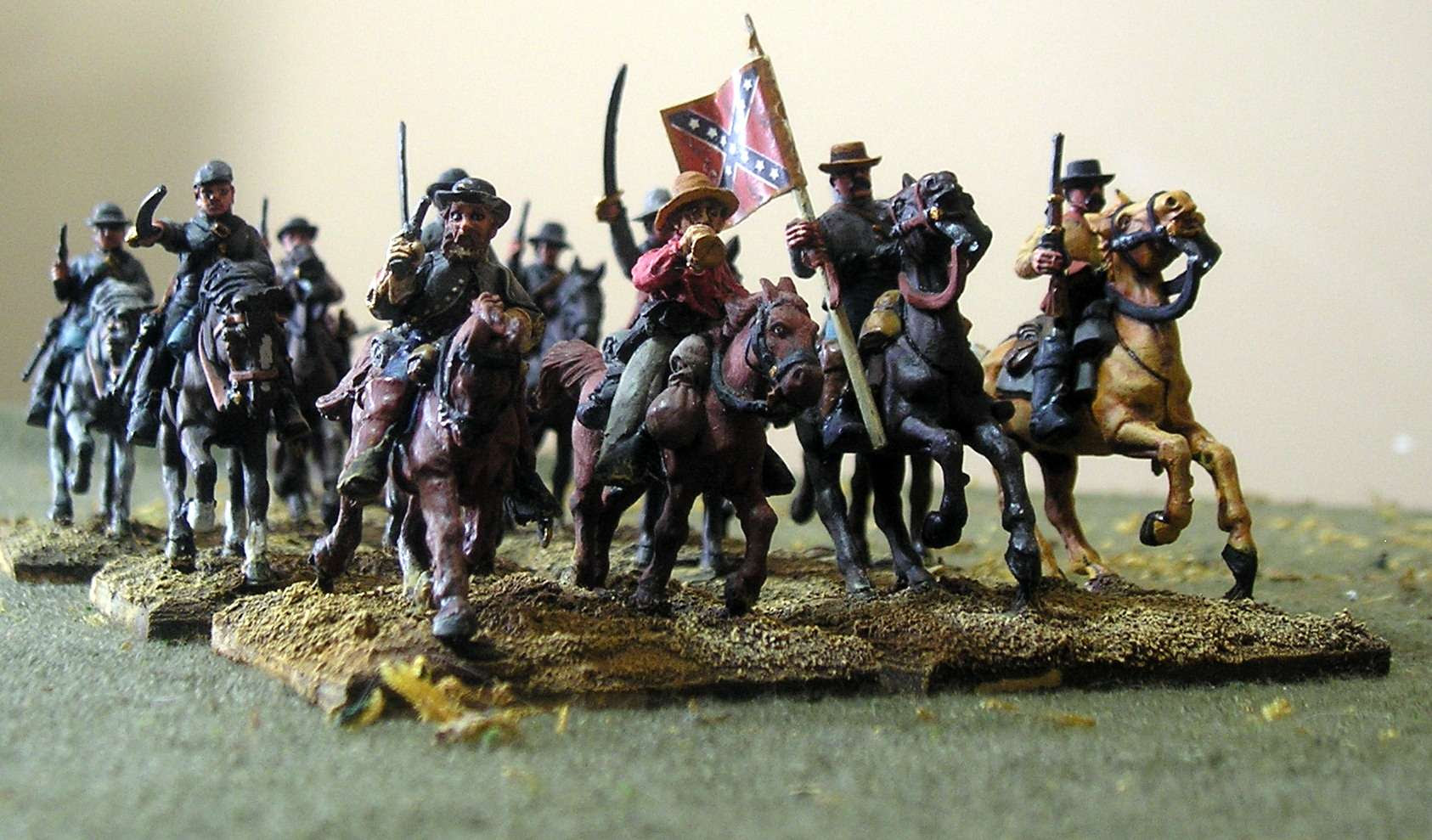 Bonus marks if you can identify the manufacturer of that little chap on the runty horse on the back left of this picture:

A view of the dismounted fellows.

Six of these, the sturdy looking fellows, are made by Redoubt, who decided to pose their dismounted rebel cavalry in shirts. Perhaps it is a hot day and they've left their coats with the horseholders? (that reminds me, I could use some horseholders). I didn't like these guys at first, but like all Redbout figures I've painted, they've grown on me. Extra bonus marks if you can identify the manufacturer of the two small dismounted fellows on the left.


There is also a dismounted cavalry command group for these lads, manufactured by Sash and Sabre, but they got left behind in the painting queue. They're next, I think. And then to start the Union equivalent of these guys. The Bluffsburg campaign I am running has several cavalry units in the orders of battle, and it will be nice to represent them on the table.

Better pictures to come once I get them all flocked and finished.
Posted by Mad Padre at 12:24 PM