The Boys in the Hittite Sports Cars: Some 15mm Biblical-era Chariots

The boys in the Hittite sports cars,

Waving their bows in the air,

Who do they think they are?

And where did they get those cars?

(With apologies to Trooper)

Earlier this month I posted some photos of my first completed 15mm ancients DBA army and promised some chariots to go with them.   These four two horse chariots are also from the 15mm Syro-Canaanite range from Gladiator/Fighting 15s.   I imagine I could use them to represent Canaanites, Syrian city states, Philiistines, or later Hebrews, anyone from the late bronze age middle east, basically. 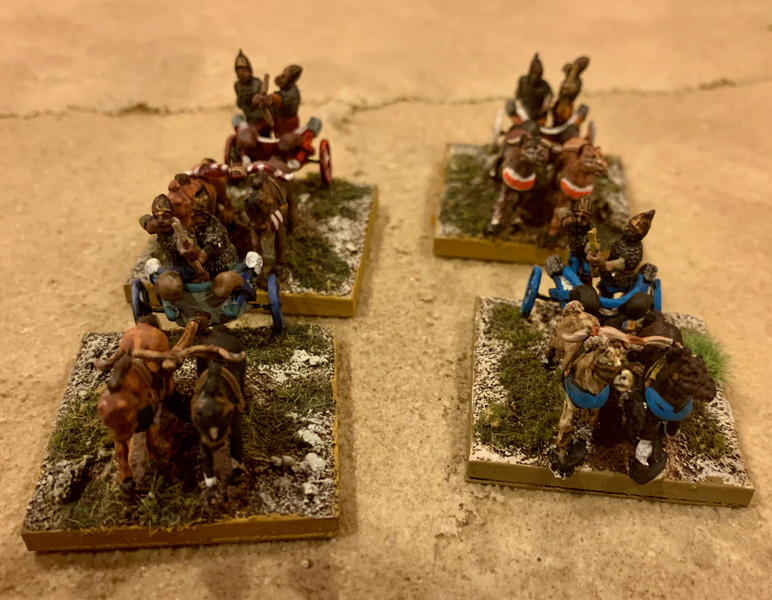 Each chariot, team, and crew are colour coded.  I don’t know how accurate this is, but since chariots were the sports cars of the period, I imagine they’d be a showy bunch. 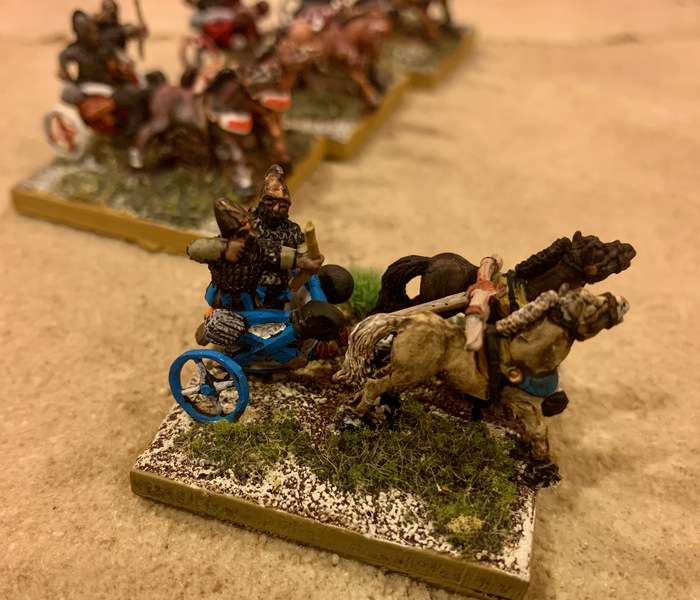 The bowmen are armoured in the scale mail of the period, so these models would also do as upgraded elite 2 horse chariots in a rules set such as ADLG. 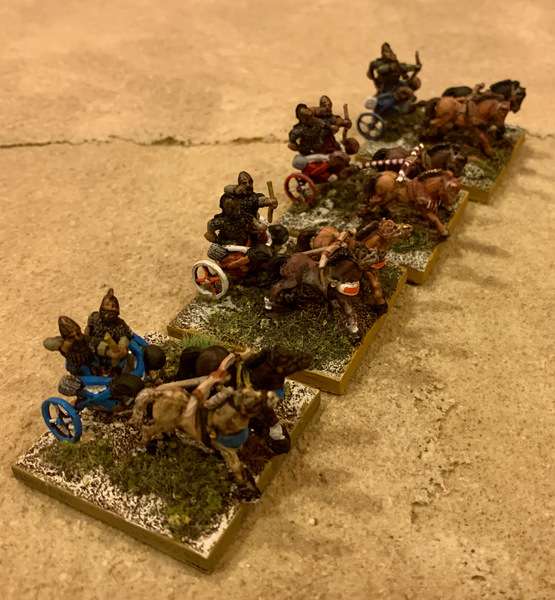 As fate would have it, an order of back issues from Against the Odds magazine arrived recently, including their game on Kadesh, so if I want to play a game involving thousands of chariots without having to paint them all, that’s waiting for me.  I hope to have a report on this game this summer. 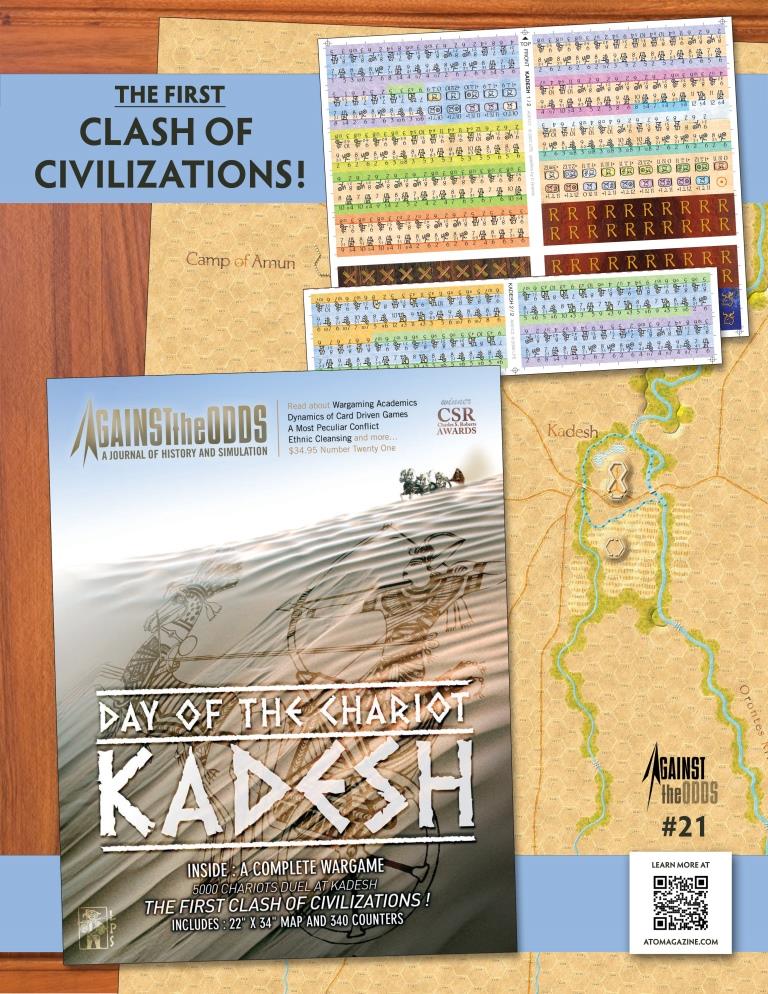